Guess where we ended up when we followed this sign! 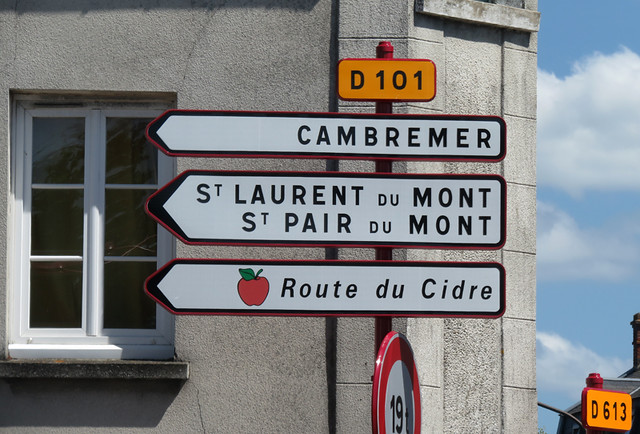 If you guessed Cambremer, you’re right, and while we were there we also got to find out why it’s called the Route du Cidre. 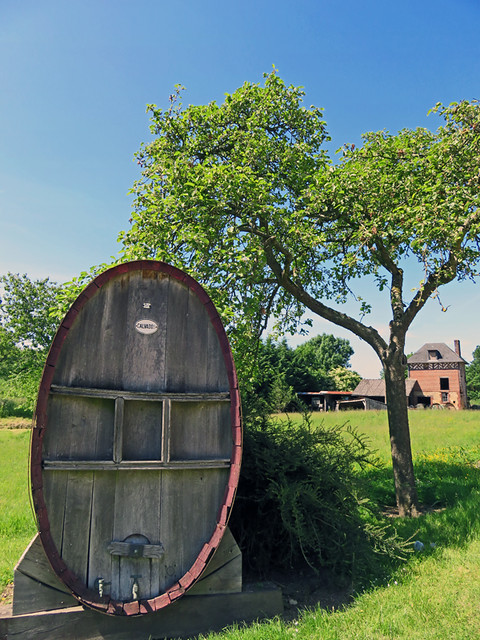 Our main cider stop was at Calvados Pierre Huet, named after the apple brandy that is a popular aperitif in Normandy. 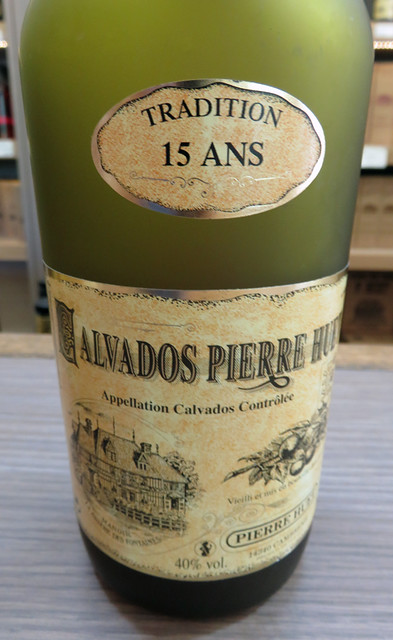 Part of our extensive tasting experience. 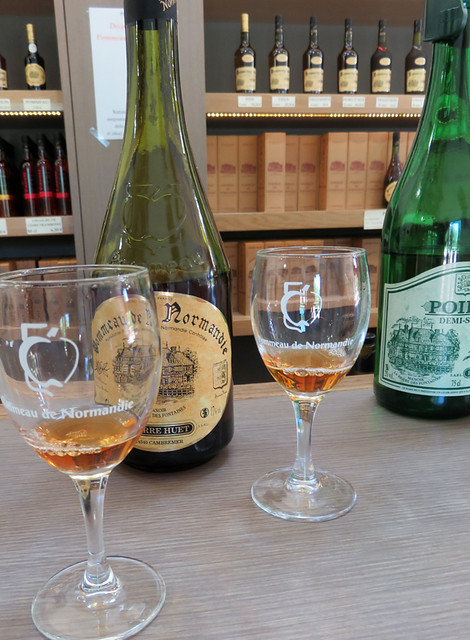 Their pear cider was to die for – if it was available here in Vancouver I would be very happy!

The cider-making equipment was copper and enamel, quite striking. 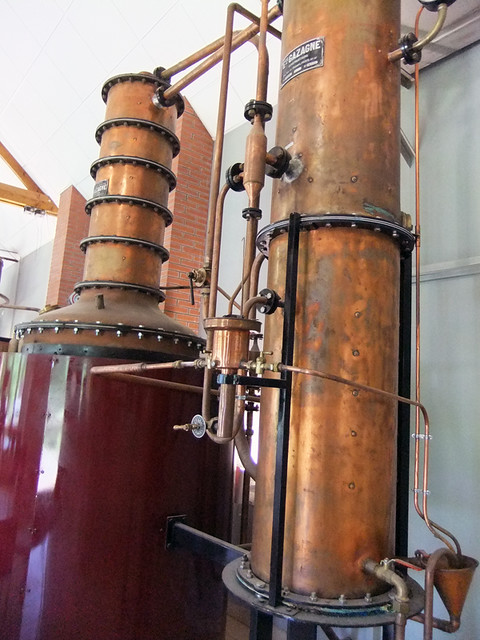 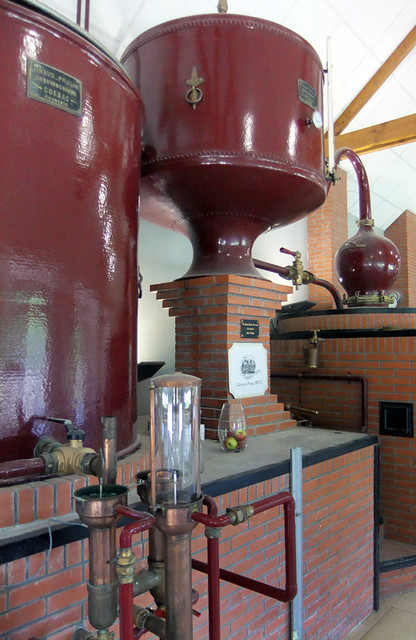 Our own route for the day. As it was a weekend in June we stayed in Rouen for three nights, venturing out on various drives during the days. Our first stop of the day was Jumieges Abbey ruins; followed by our first French picnic and then on to Honfleur on the coast. I had really wanted to see the little town but it was so busy that we couldn’t find parking anywhere and had to carry on down the coast to Trouville-sur-Mer. From there we went off on what our ‘Backroads of France’ guidebook called the ‘Cider & Cheese’ route. This was our cider portion; in Livarot we discovered some of the best cheeses in France!

5 responses to “Tasting Cider and Calvados at Pierre Huet in Cambremer, France”