Tornai to Amiens via the Battlefields.

After a few days in Brussels and a night in Tournai in the south of Belgium we drove across the unmarked border into France.

As both Brussels and Tournai are primarily French-speaking they had given us an opportunity to practice our long-forgotten high school French. But in Belgium, while they may speak French, they also speak English and possibly a half-dozen other languages. In France they speak French.

The architecture changed as well, the villages actually looked French.

The first thing on Al’s list of things to do was to get a sim card that worked in France. We programmed our GPS to go to the centre of the first large city we came across, which happened to be Lille.

Our GPS, whom we had dubbed Lady Jane, spoke English with a very posh accent, but when she attempted to pronounce the French street names, she sounded as if her mouth was full of marbles and was really hard to understand.

Lady Jane lead us directly into the city centre, the centre of any large city being the worst place to be when driving. The good news was that in the process we crawled past an Orange store (seller of SIM cards!) located right by the train station.

The bad part was that we had to find parking nearby. That turned out to be easier than we had expected and later we realized that parking in France is a lot easier than in Belgium – and don’t even think of bringing a car into Holland!

After securing the SIM we went back to tour an intriguing cathedral we had passed on the way.

Where we entered the cathedral looked traditional enough. 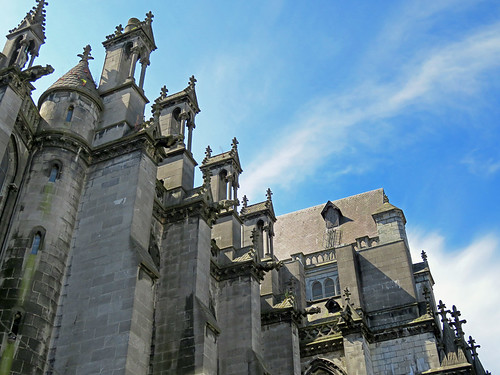 Our first impression of the vaulted interior space. 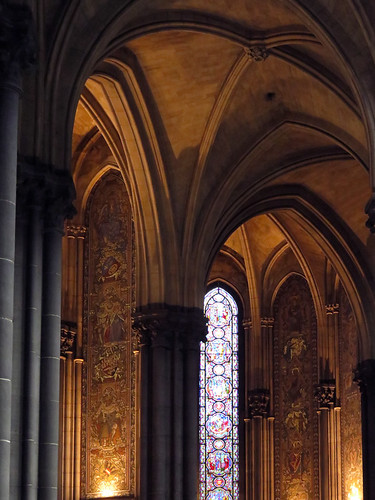 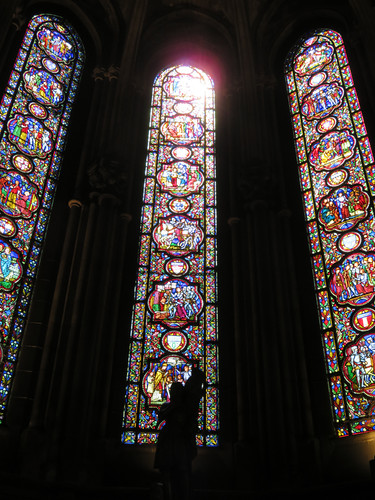 But just by the entrance was some very non-traditional religious art. 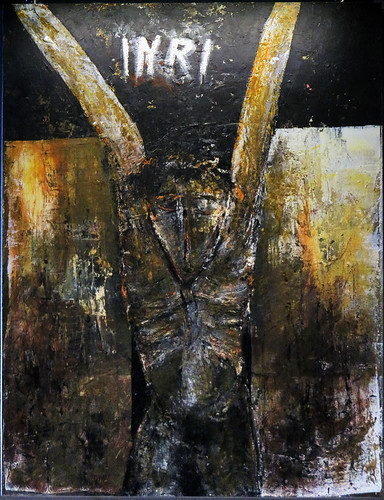 That’s when we learned that although the cathedral was started in the 1800s it wasn’t finished until 1999. 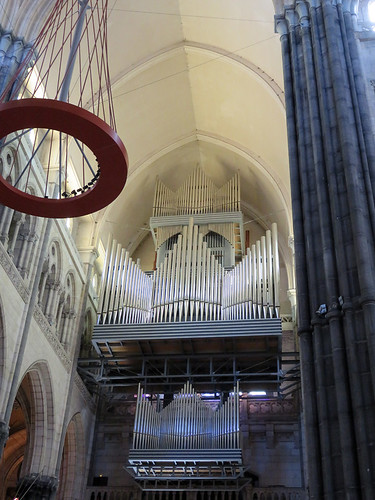 The front of the cathedral was modern and totally unexpected. 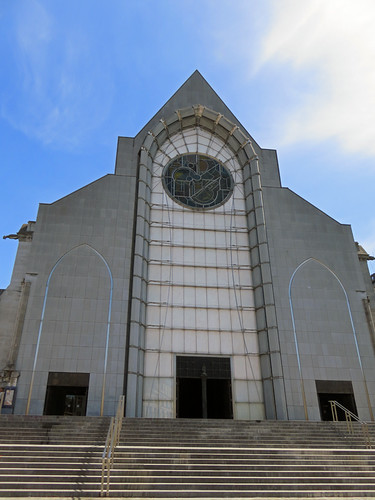 The entrance doors to this modern section contained small moulded iron figures on the mullions.

In the cathedral we also made our first acquaintance with Joan of Arc (Jeanne d’Arc).

Statue of Joan of Arc in Lille Cathedral. 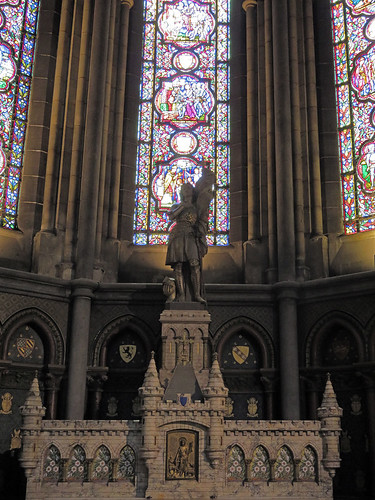 3 responses to “Entering France via Lille”