Our lunch stop on the route from Tornai to Amiens.

Despite practicing our French like crazy in Belgium it didn’t stand up to deciphering the menu at the first little brasserie we hit in in France.

First off we ordered a bier, La Goudale described on the bottle as ‘Biere Blonde à l’Ancienne, de Haut Fermentation, XIVème siécle’ and which I described as ‘tasty and refreshing’.

Our meal started with some wonderful French bread and tapenade made of olives, anchovies and mustard (very pleased with myself here – I actually managed to ask, in French, what was in the tapenade and then I actually understood the answer!) 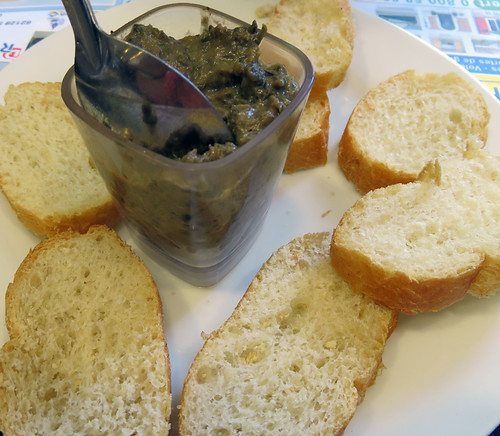 However regarding the menu, I decided to play it safe and ordered the ‘Plat du Jour’, a ‘Porc et Poulet Cassoulet’ (Chicken and Pork Casserole). 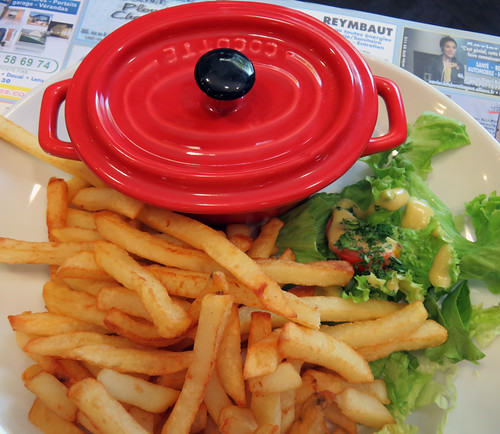 Al decided to be adventurous (when he usually is NOT) and ordered something he should probably have translated before he ordered, a ‘Carpaccio St. Jacques’. I suspect it was raw scallops – at any rate he wasn’t really impressed with his first real taste of French food! 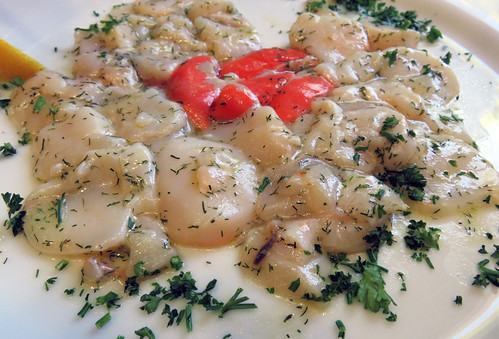 It appears that France is going to be more of a culinary adventure than we imagined!