Day spent travelling from Tornai to Amiens via the Circuit of Remembrance.

We came into Amiens after a full day of travelling from Tournai in Belgium via Lille and the Newfoundland World War 1 Memorial at Beaumont-Hamel. The town of Arras with the Vimy Ridge Memorial along with many other World War 1 memorials and museums are also on this route.

First stop in Amiens was for a drink. After Belgium’s wide selection of beer Al was discovering that the list of great beers in France seemed limited to Grimbergen… 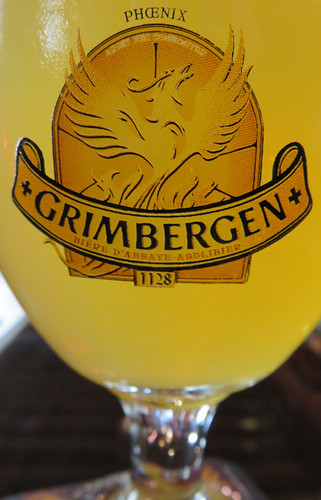 …while I was discovering that the ciders of Normandy were exquisite, and worth giving up beer for. 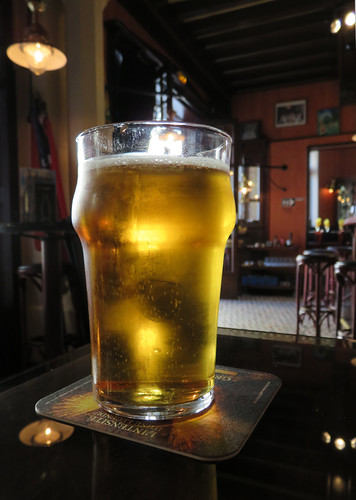 A statue stands in the canal in front of the Quay restaurants, recommended as THE place to eat in Amiens. 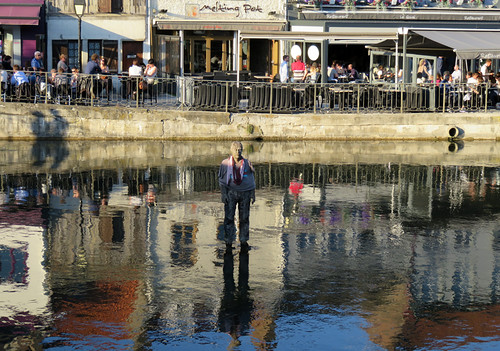 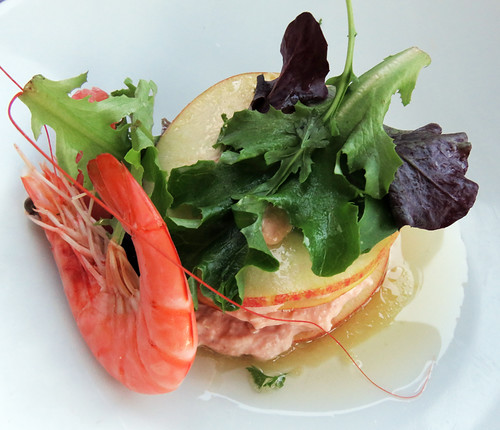 and a ‘dessert’ cheese plate for me. 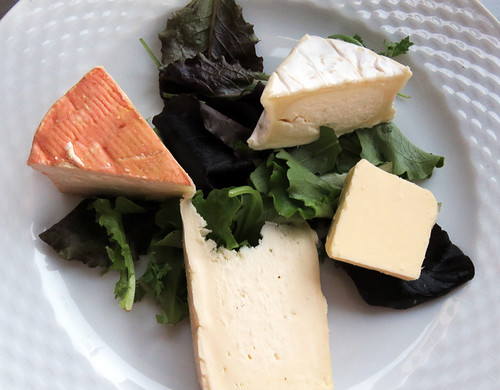 I could have happily spent a few days in Amiens – the ambience was wonderful. Boats were available to cruise along the canal visiting the floating gardens (hortillonnages) and art installations, although they generally left at one o’clock so we missed this tour.

Nearby in Peronne was the highly recommended Musée de la Grande Guerre – again we had arrived too late to get in and so it also is on my list of things to do next time we are in the area.

Instead I will have to leave you with a shot of the cathedral (the largest Gothic building ever built!), but only the exterior – everything else was closed. 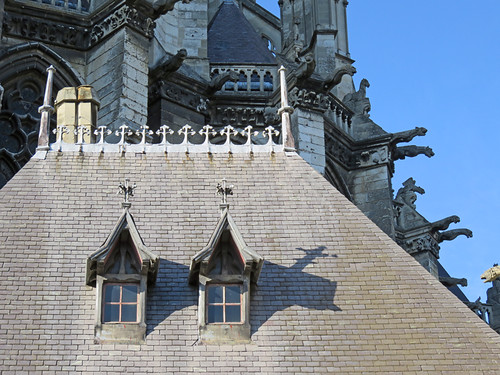 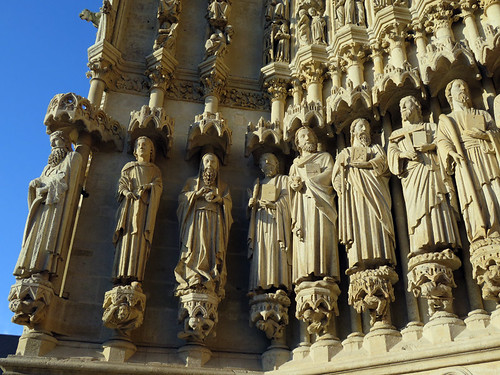 And the morning after – the BREAKFAST! I spotted crepes and yogurts, endless coffee, OJ, grapefruit juice, cereals and then there was the ‘French’ part: rustic bread, petit pans au chocolate and croissants. While I was running around squeaking in delight Al spotted a section behind us with custard tarts, the kind with cherries, along with a variety of little gateaus and a fridge full of cheeses, Baby Bels and some superb smelly ones. I was stuffed to bursting and still kept trying to fit in more…

3 responses to “An Evening in Amiens, France”