This is what our friend Jessica wrote about the Picos de Europa:

Our absolute favorite area in Spain is the Picos de Europa.”

Jessica writes: “It’s south from the coast (Unquera, Cangas de Onís) and very rural, but so beautiful! The mountains are much higher than in western Spain and the roads pass through really picturesque little villages. We usually stay in Arenas de Cabrales, but there are many options nearby. The restaurants anywhere in Asturias are going to be great. Try the sidra (hard cider – it’s SO CHEAP!) and tortu, which are like fried corn pancakes. If you like blue cheese, this area is famous for the Cabrales blue cheese, known worldwide.”

A sidra in Cangas de Onís

“From Arenas you can hike the Ruta del Cares, a famous route through the mountains (if you’re into hiking), but last year (2013) there was a rockslide and part of the route was destroyed, so you should check first before you go.”

“In Puertas de Vidiago there is a fantastic restaurant called Casa Poli, specializing in steaks and chops. If you pass through this way, STOP HERE!!!”

“In the Picos de Europa is one of my all-time favorite places ever, Covadonga. It’s up a steep mountainside and there are lots of tourists at the sanctuary built into the rock, but a little bit further are the lakes, which are crystal blue, placid, and surrounded by absolutely picturesque green hills. My description is not doing it justice. Google ‘lagos covadonga’ and you’ll see. Worth a visit, and in October there shouldn’t be many tourists.”

“The province of Cantabria is pretty similar in scenery to Asturias, but we don’t know it as well.”

“If you like caves/archaeology, try the cave El Soplao. There are also lots of Jurassic museums and archaeological sites in this area, so if that interests you, you’ll be set. Altamira is also here, which is known as one of the earliest cave paintings ever found. But supposedly the part you see is a reproduction rather than the original, so keep that in mind. If you’re still in the Picos area when you cross into Cantabria, Potes is a great area to stop.” 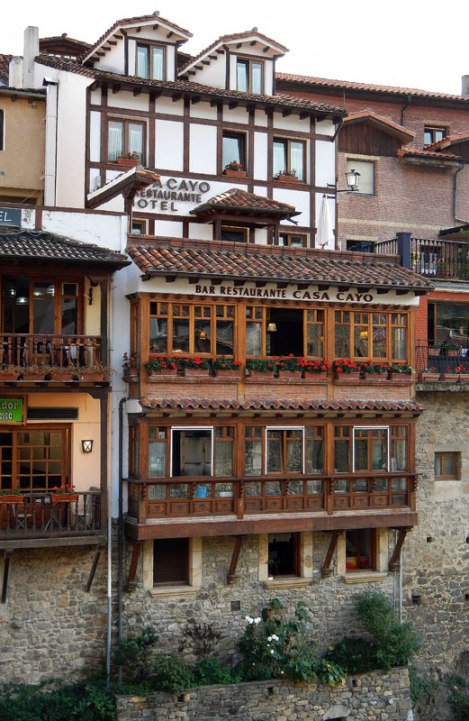 Casa Cayo where we stayed in Potes, Spain

So thanks to Jessica we ended up in the Picos via the teleferique in Fuente De. 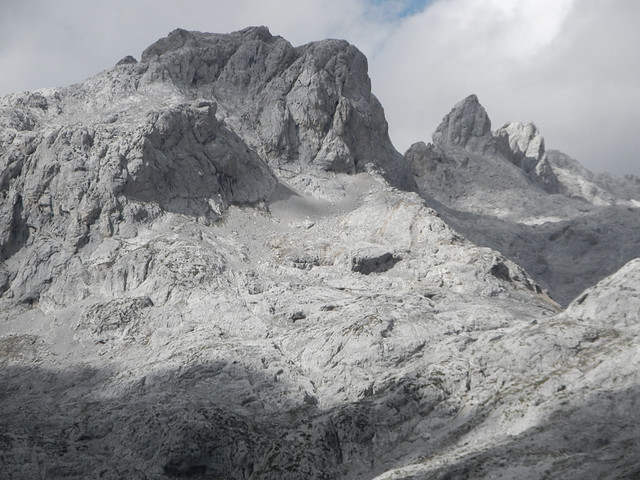 There are many tiny villages strung along the picos (peaks). This is a view of the red-tiled roofs of Mogrovejo, a mountain village in the Picos. 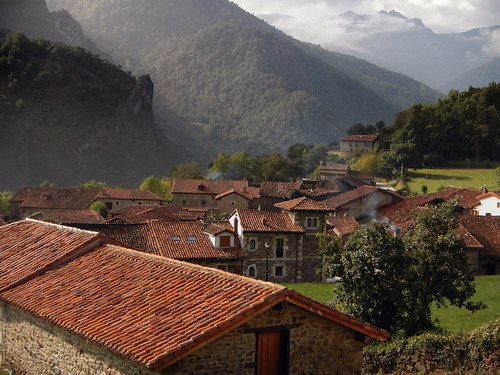 This map shows the villages between Potes (where we were staying) and Fuente Dé (where we went up into the Picos de Europa via the teleférico).

8 responses to “Exploring the Picos de Europa in Northern Spain”