In India, many of the buildings and other structures appeared to be three-dimensional collages.

Plaster and mirror ‘collage’ in the Amber Palace just outside of Jaipur. If I was trying to do a painting of this I would definitely use collage. 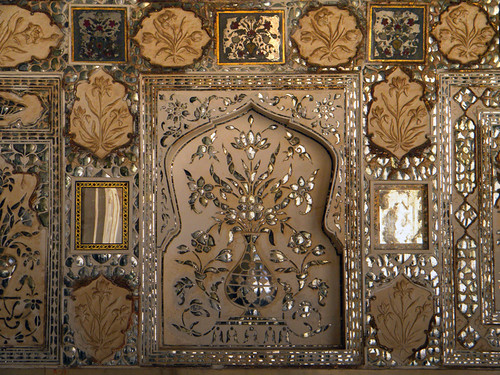 Even more fascinating were the ‘collages’ of stone in the walls of Chittor palace. The arrangements were often asymmetrical and often appeared to be stuck in wherever they would fit.

I suppose that technically this little plaster wall item would be called an assemblage, a 3D collage.

Around the desert city of Jaisalmer the golden stones of the walls were arranged in patterns.

Another stone ‘collage’ in Jaisalmer.