In northern Spain they have something they call the ‘Bilbao Effect’.

This has to do with the spectacular Gehry-designed Guggenheim Museum in Bilbao which has sprouted a mass of modern architecture in the northern provinces. 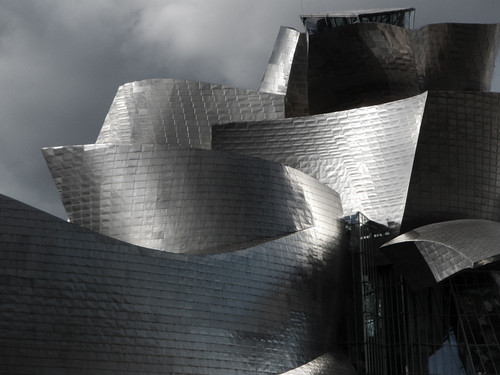 Having seen my first Gehry architectural design in Bilbao, I was hungry for more and it turned out there was a hotel designed by him in Elciego in La Rioja, a major grape growing region in Spain. The hotel was attached to the Winery Marqués de Riscal which dates back to 1858, making it the oldest winery in the region.

Enter the province of La Rioja in October and the smell of wine permeates the air. 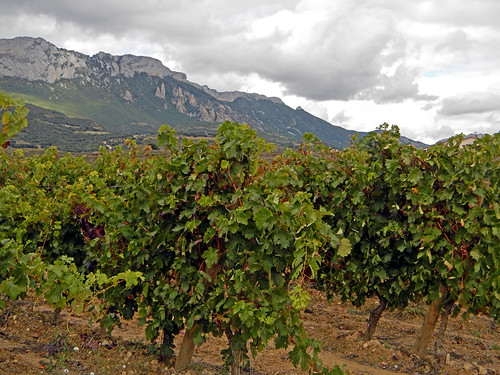 The original winery was built of the local golden stone in the sort of traditional four-square architecture that we saw all over the region. 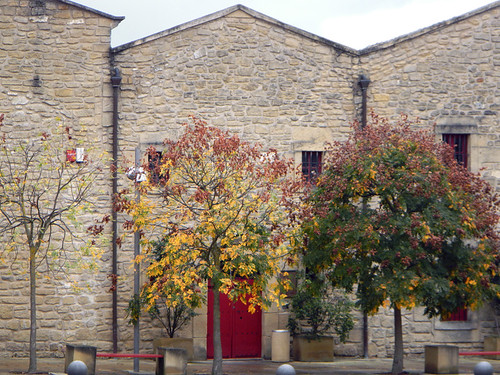 Behind the winery a modern building of cubes of the same stone was visible, Gehry’s nod to the traditional building design of La Rioja. Often I find combining new and old architecture somewhat disastrous, but Gehry creates an interesting dialogue between the two radically different styles. 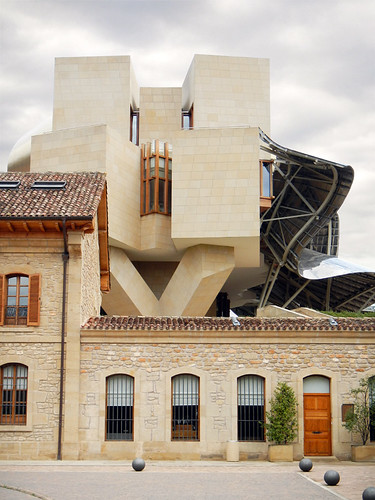 Go around to the other side and Gehry’s signature swoops of metal appear, in tints ranging from green to gold to dark pink, inspired, they say, by the colour of the wine. 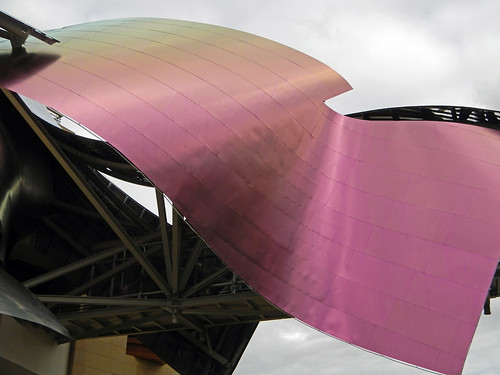 4 responses to “An Old Winery Combined with Gehry’s Architectural Vision in Elciego, Spain”