The first time we went to Victoria Square, a mall in Belfast, we didn’t realize it was listed as a tourist sight.

We had gone into the mall in search of a sim card for Northern Ireland and in the process saw a sign indicating that the upstairs was open.

Overhead was a huge domed glass ceiling overlooking Belfast. Unfortunately as soon as we got up there we were kicked out as they had to set up for a wedding. 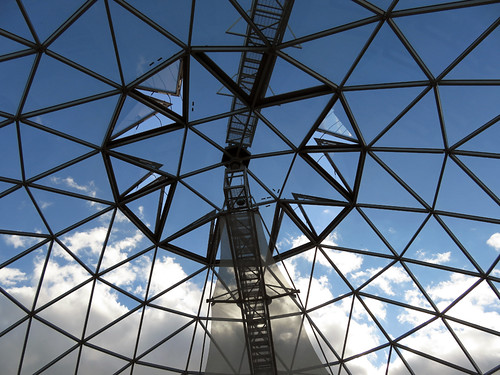 The mall was one of those rare examples where the combining of older historical buildings with new construction actually works. 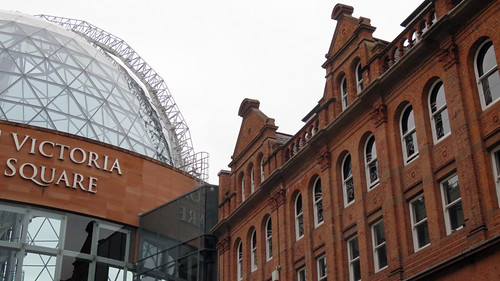 There was supposed to be a 19th century pub called the Kitchen Bar in the historical part of the building (above right), but when we peered in it appeared frightfully new and trendy – not at all what we wanted.

On the other hand, just opposite was an old flat-iron building containing a pub called Bittles Bar which hadn’t shown up as a must-see sight on my map. 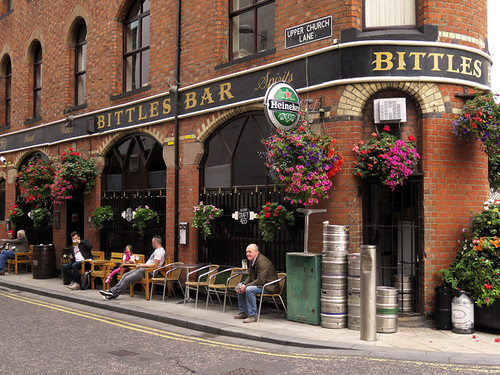 It was full of locals all watching the World Rugby Championships, and the game was between Ireland and Canada. 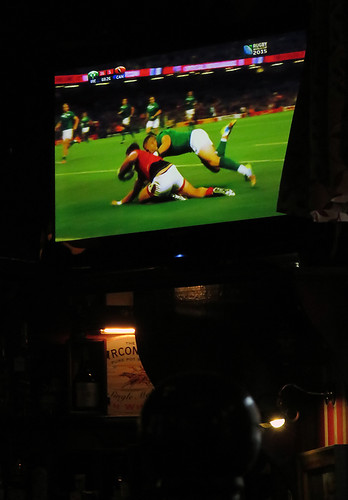 Al got caught up in the game, cheering loudly on the rare occasion that Canada got a goal. Canada lost the game, 50 to 7, which was probably a good thing as I have no idea how rowdy the Irish fans can get when they lose. 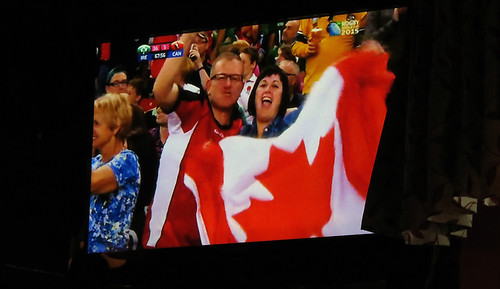 I spent my time chatting to the old characters next to us, who forgave us for cheering for Canada, and were full of advice on what to see in Ireland, along with the best places for seafood and beer. 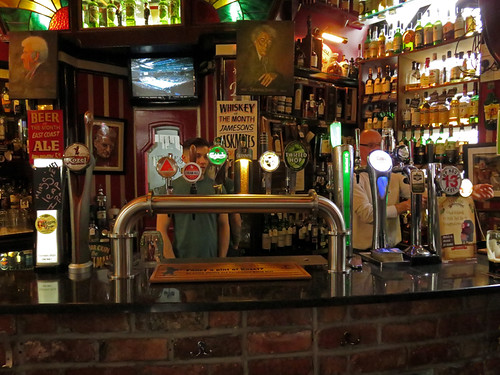 The best thing about this bar was they had some great beers, and we tried Franciscan Well Chieftain along with a Twisted Hop IPA by Hilden and a Smiggy Amber Ale by Jack Cody’s. 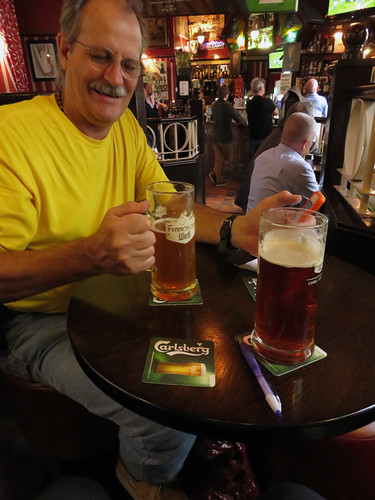 We didn’t want to leave this convivial bar but they didn’t serve food and we were getting hungry. So we off we went to the nearby pub, The Garrick. 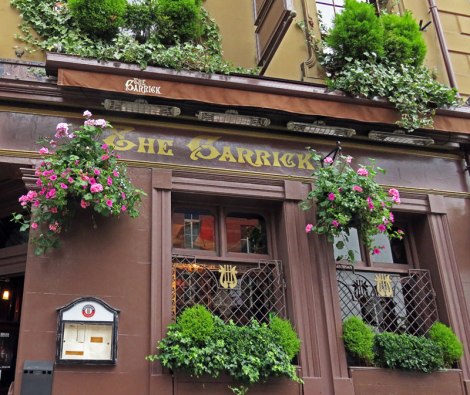 Inside it wasn’t as old as I had expected and there was another bloody game on. 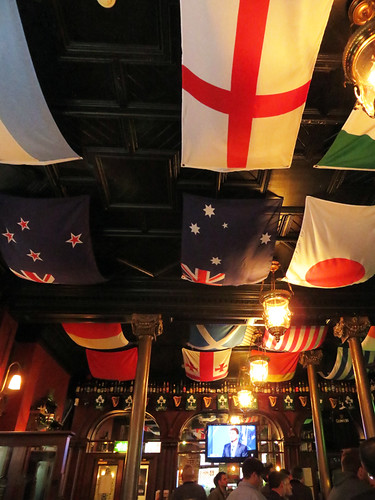 We split a Hoppelhammer beer which was supposed to be hoppy but wasn’t, a tad disappointing after the great beers we had at Bittles. 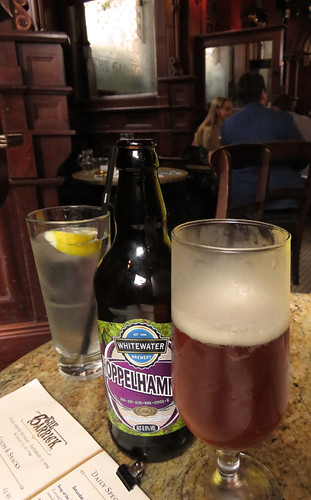 Al ordered a Steak & Mushroom Pie with Chips and ‘Champ’, the Irish name for mash potatoes with butter and chives. 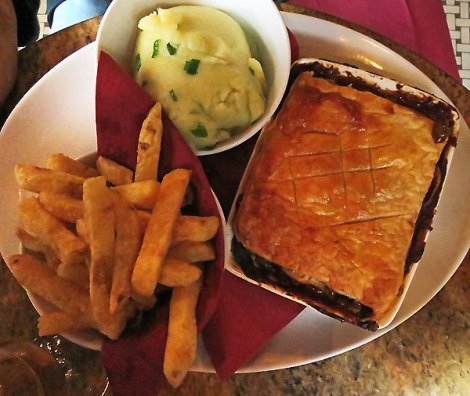 I went for the £8.95 Special: Hot Wings (and they were REALLY hot),  Asian Slaw and the price included 2£ for a glass of wine. 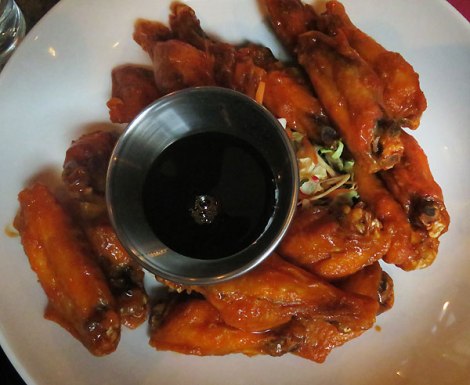 4 responses to “Two Historic Pubs and a Victorian Mall in Belfast, Ireland”