Air should be invisible but lately we have been able to see the air in Vancouver and that’s not a good thing.

A long stretch of record hot weather combined with almost no rain has set off a string of wildfires all over the province and put our air quality into the stratosphere – it’s worse than Beijing right now. My brother is up in the interior of the province where the fires are located and it’s even hotter and smokier there; he had to disconnect his smoke detector because it kept going off.

The sun has turned red from the smokey air. 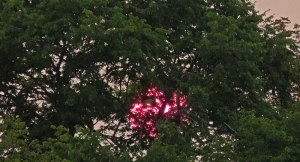 Which brings us to the annual Honda Celebration of Light fireworks competition in the city. Would they still have it? And yes they did. So first there was Japan’s big show on the last Saturday night in July. So here are three elements: bad air, fire and water. 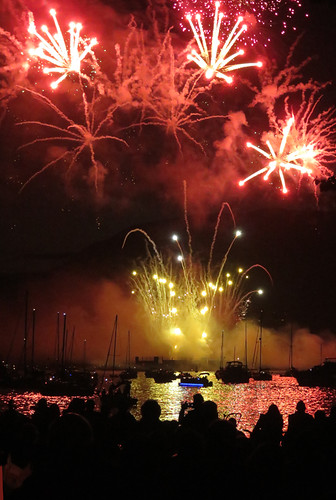 We moved to a different location for the second night’s entry which was England’s. My friend calls this ‘the rainbow between two universes’. 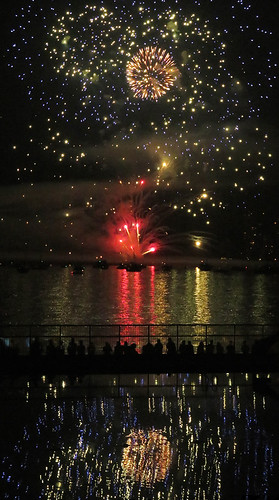 The third night was Canada’s entry and it sure had a lot of red! 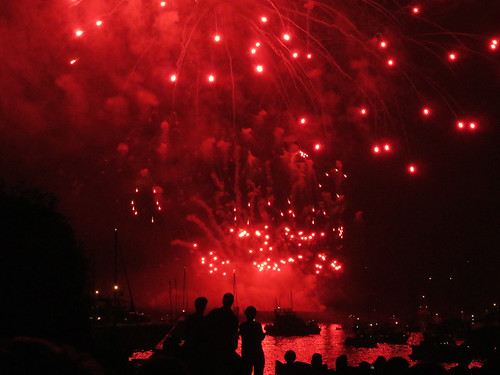 We were sitting on the ground (fourth element: earth) for this photo and it was kind of damp, especially considering that it hadn’t rained for a few weeks. Here is Vancouver looking rather apocalyptic! 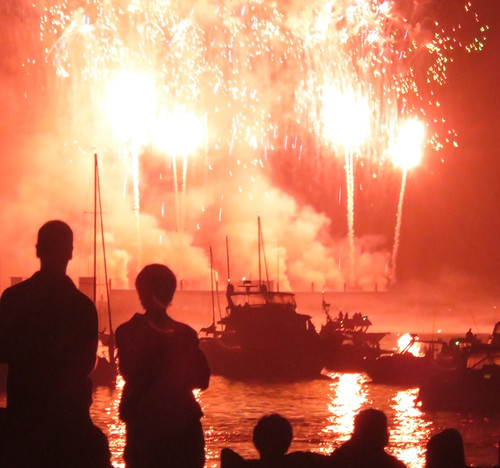