Apples from China with a message on them – I thought it was ‘Happy New Year’ because they appeared in the stores around Chinese New Year – however I’m not sure – can anyone tell me what they say?

A food fair in Belfast Ireland, the cider displays showed samples of the types of apples that the craft ciders were made from. 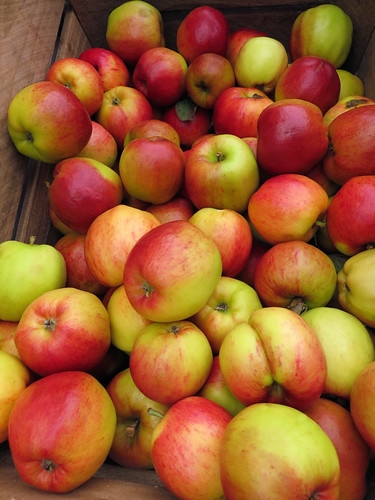 One of the great Irish ciders available, along with the apples they are made from. 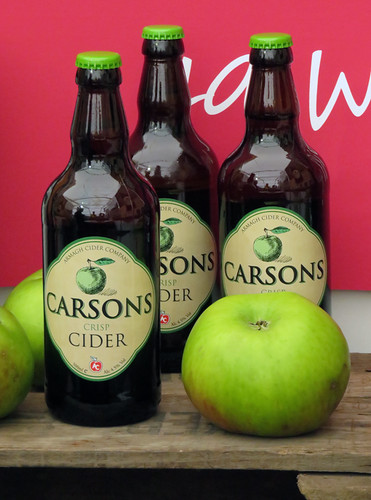 Apples in a shop in Potes in northern Spain where they also make so much apple cider or ‘sidra’ they even have ‘sidrerias’ or special restaurant bars that specialize in cider. 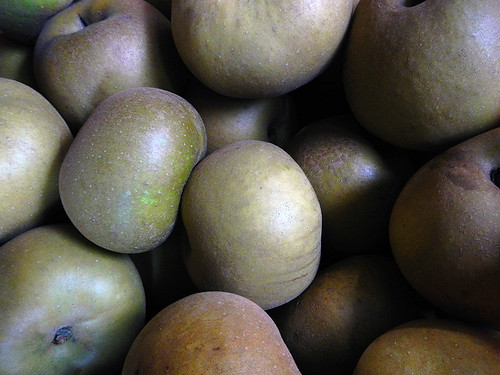 An old apple tree in front of a church in Mogrovejo, a mountain village in a Picos de Europa, Spain – for a place that had apple cider everywhere I was having a hard time finding apple trees.

Speaking of apple cider these fallen apples are well on their way to turning into that nectar. 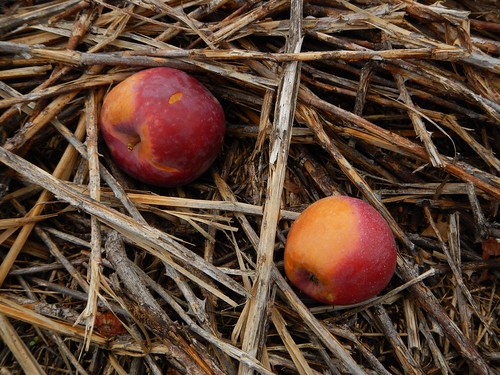 Found in a Belgian store, I think these are pickled apples. I have no idea what they would taste like but I probably wouldn’t fancy them. 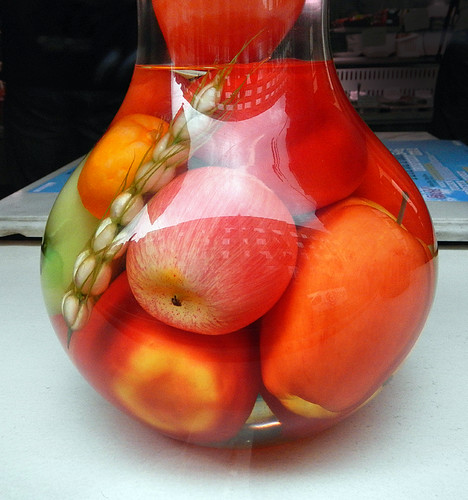 Apples on a tree in the Okanogan Valley, BC. 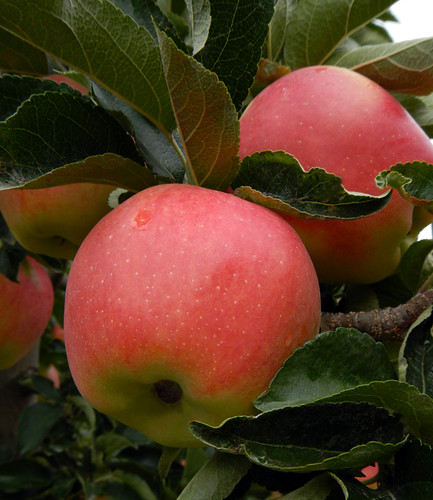 This Alsatian-style tart had a rich baked custard filling topped with slices of flambéed apple. At the time of serving, the Kirsch Crème Anglaise (a type of custard sauce) was poured over the tart. 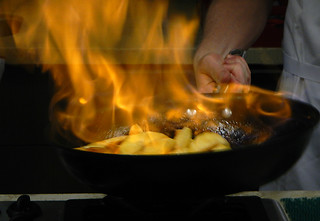 More on Cee’s Fun Foto Challenge: Needs to Start with the Letters Ap.

One response to “Begins with Ap as in Apple”