Giant’s Causeway—Night in Ballycastle with dinner at the Central Bar.

After exploring the nearest Ballycastle beach we headed to the Giant’s Causeway, a fantastical formation of basalt rocks that is possibly the number 1 sight of the area.

They had some ‘parking’ deal that was something like 9£ per person. Or you could park at the top and walk there for free, about a kilometre or so. Guess which one we chose!

The walk was pleasant and it was interesting to see the gradual change in the landscape. 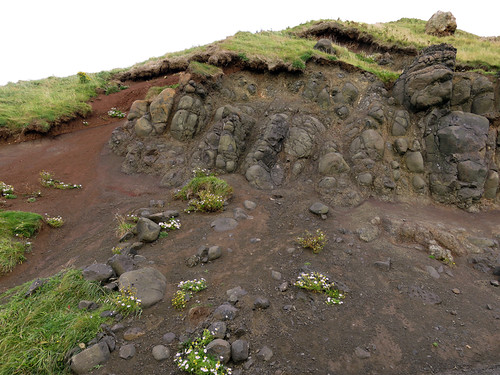 Off in the distance was the Causeway itself.

Giant’s Causeway is built of hexagonal blocks, the basic ‘crystal’ form of basalt, a volcanic rock.

Al chose to scramble all over the rocks but I had a bad knee that was giving me grief even on the relatively minor B&B stairs so I wasn’t sure about rock climbing.

Al’s shot looking out to where the Giant’s Causeway meets the ocean.

I went behind where there were a lot less people and an impressive basalt column wall. 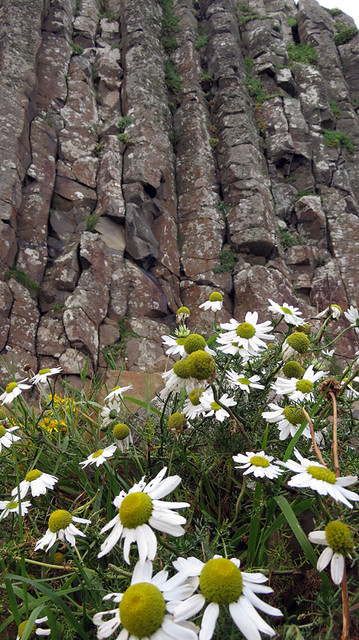 People stuffed all sorts of coins into the cracks; I have no idea why. 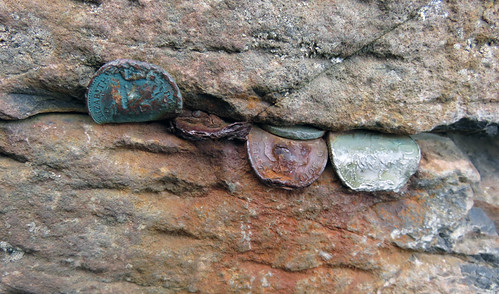 Back around and there was Al, out on the furthest point taking a photo. 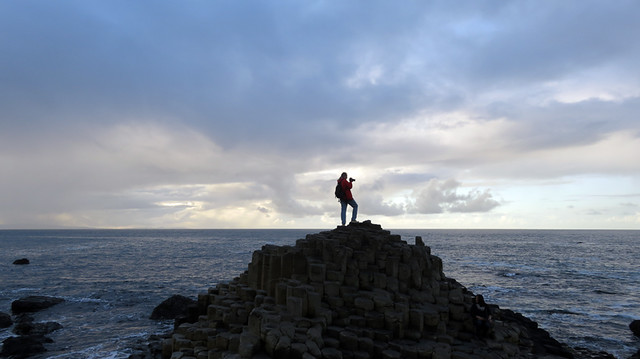 One response to “Giant’s Causeway in Northern Ireland, UK”