Iguanas are perhaps my favourite lizard!

The big old iguana we called El Jefe, The Boss. He lived in Franklin’s backyard in Ostional, Costa Rica – Franklin protected him from marauding dogs. I love the subtle blues & greens on him and his striped tail. (Note, I have since learned that green iguanas are female, so he is actually a she, and we should have called her ‘La Jefe’.) 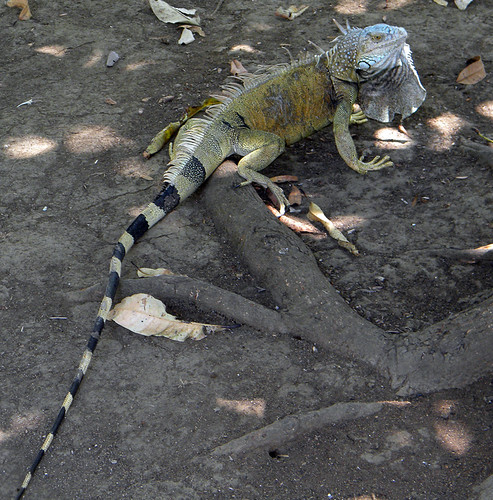 Mottled iguana in Huatalco, Mexico. What a poser… most iguanas scuttled off in a hurry before I had a chance to get a photo, but this one hung around and made sure I got his best side! 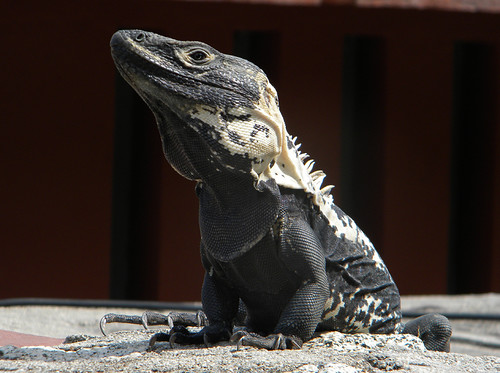 Here’s another mottled iguana in Huatalco. These guys are really cool! 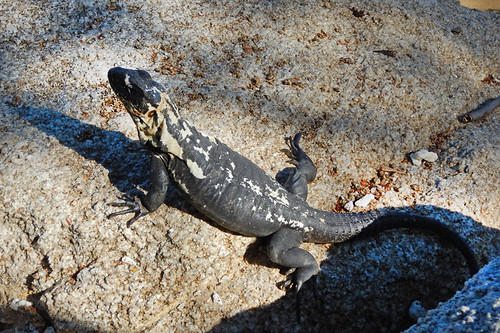 Orange iguana relaxing on a rock in Mexico, too lazy to scuttle off. This guy has a completely different coloration than El Jefe above – I’m not sure if it’s because he’s a different type or if they have a mild form of chameleon colour-changing properties as I’ve seen in other lizards. I have since learned that the difference in coloration is because female iguanas are green and male iguana are orange! 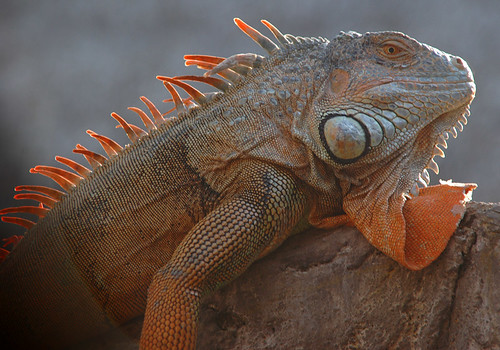 More on Cee’s Fun Foto Challenge: Starts with the Letter ‘I’.

7 responses to “Iguana Starts with the Letter I”