I love taking backroads – somehow I find them more interesting than the ‘big’ sights of an area.

On our way to Mansilla de la Sierra from Valvanera we were frequently stopped by livestock roaming the roads.

The village was drowned in 1947 when a dam was built on the river. The inhabitants were relocated in the hills above – it’s now newish and drab but with spectacular views of its former self. 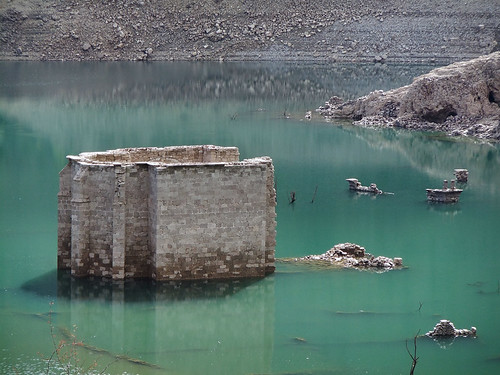 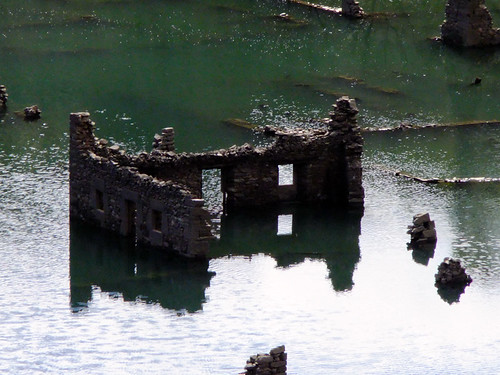 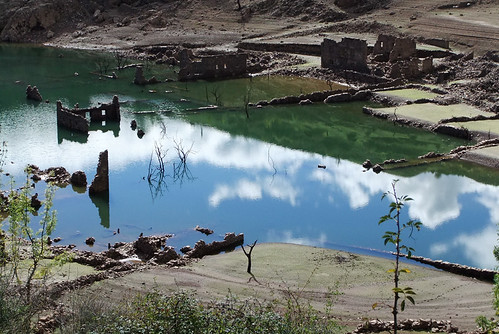 I suspect these are some of the older buildings that escaped the flooding because of their placement higher up on the hills. 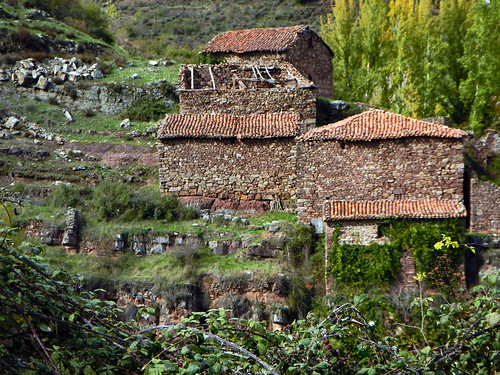 We stopped in the only cafe in the village for a surprisingly good lunch. 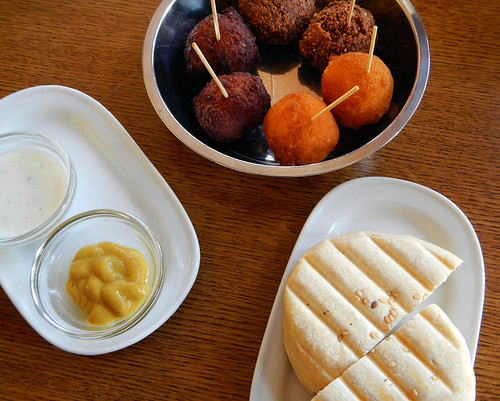 There was great scenery on this backroads route. 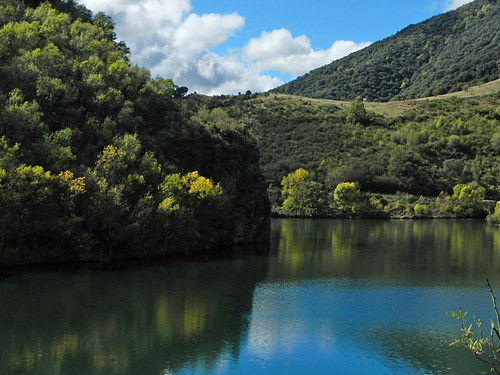 Mansilla de la Sierra is about half-way between the 11th century monastery of Valvanera and the dinosaur footprints and La Revenga Necropolis near Quintanar de la Sierra.

One response to “Mansilla de la Sierra, a Drowned Village in La Rioja, Spain (plus Lunch)”