When I think of ‘landscape’ I always think of the British version as defined by Constable.

During the British Romantic Period people put value on the rural landscapes of Britain and nearby Europe. The painters, of which Constable was the best known, painted broad swaths of countryside focussing on the rolling hills and vegetation. There could be perhaps a stone building, a road maybe, occasionally people or animals but all would be insignificant in relation to the land.

It is easy to find landscapes in Europe such as this very green view of the ridge above Carnlough, a small town on the Coastal Causeway Route of Ireland, UK. 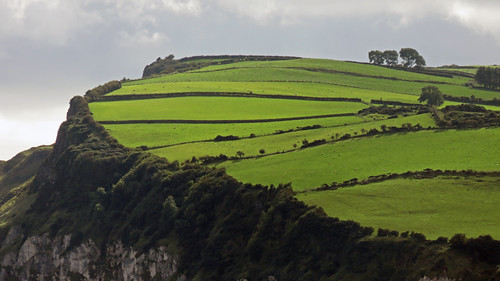 Wooded landscape on the drive to Llangollen in Wales. 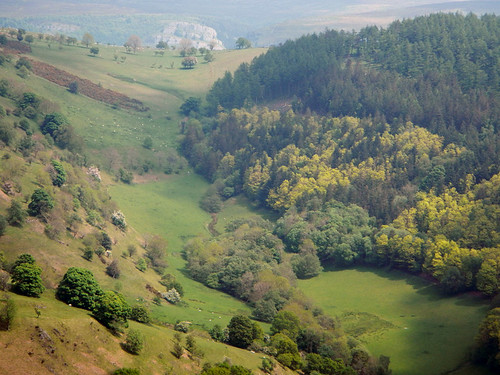 A pastoral scene on the road to Rouen in France containing a small picturesque church.

Mountainous landscape of the Picos de Europa in Spain.

While the Americas can have European-style landscapes, they also have ‘dry’ landscapes of grasslands, prairies, deserts.

This is a landscape, of course it is, but I don’t think of it as such for some reason. Even though it is actually named Landscape Arch. It’s in Arches National Park in Utah – maybe if I had a watercolour of it I might be persuaded.

Another dry landscape, this one in the Condor Park in Argentina. 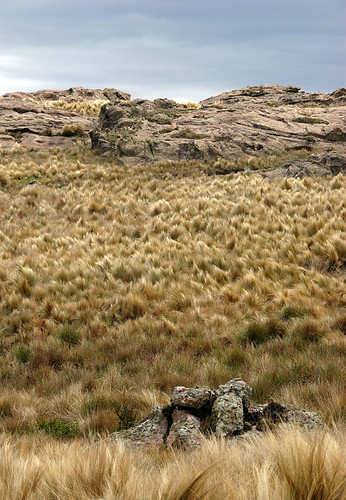 Prickly cactus survive in the arid land around La Quemada, a Meso-American ruin near Guadalajara, Mexico. 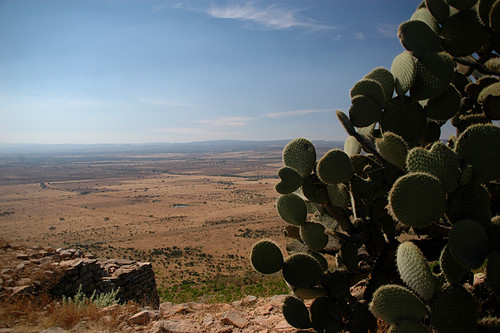 Asian landscapes are different again. In Chinese the word for ‘landscape’ is ‘Shan Shui’ which translates as ‘Mountain/Water’.

The limestone karst formations of Vietnam’s Halong Bay made me feel as if I was sailing into a Vietnamese painting. 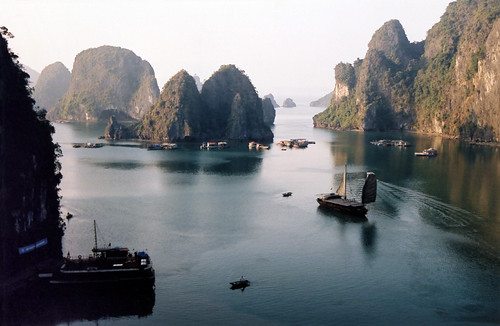 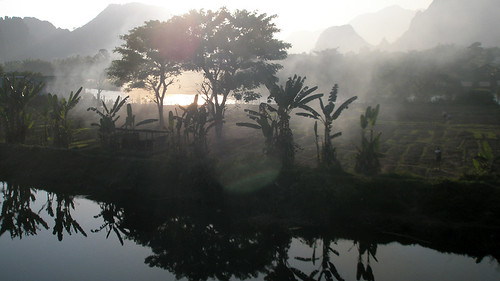 A tea plantation in the Cameron Highlands in Malaysia. 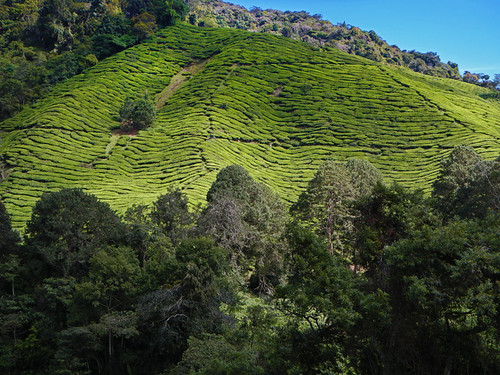 3 responses to “Landscapes Around the World”