On our drive through the province of La Rioja in Spain we spotted this unusual rock formation in the village of Anguiano. 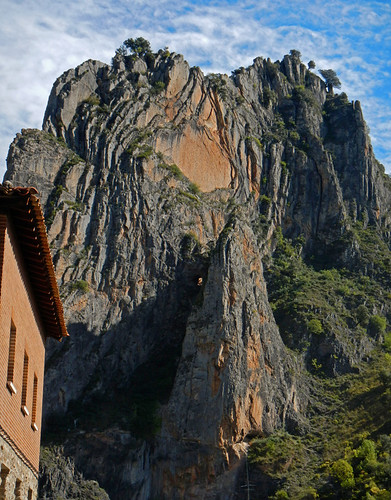 We were on our way from an 11th century monastery in Nájera to this one called Valvanera. 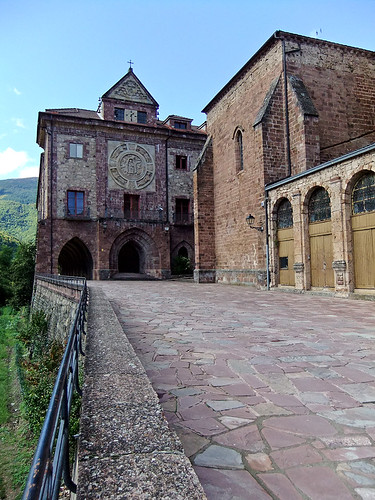 The nearby hills were thickly wooded, mostly with a profusion of chestnut trees.

It was October and the chestnuts were in season. 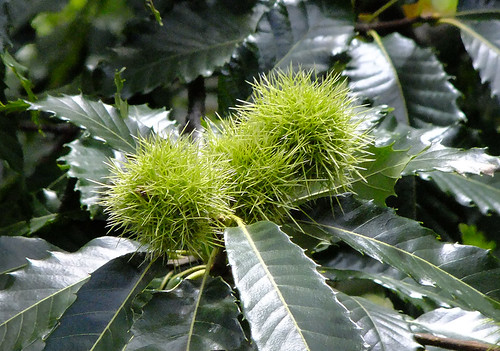 As we often found in Spain, the doors were amazing concoctions of wood and decorative iron. 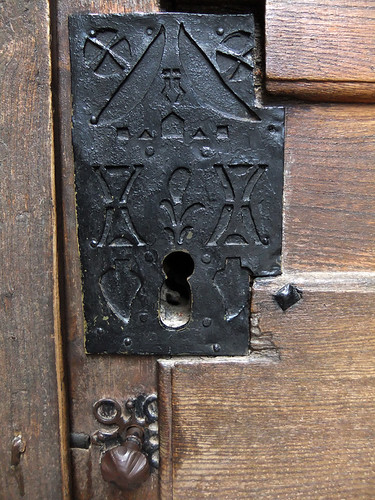 A small black cat and his shadow tread softly across the sun-lit plaza of Valvanera. 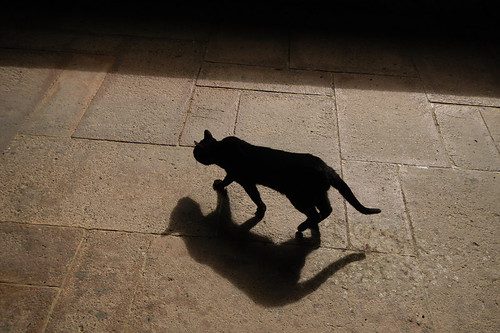 From Valvanera there were several scenic senderos (trails) that led to the next towns over.

More of our 2014 road trip through northern Spain.

3 responses to “Valvanera, an 11th Century Monastery in La Rioja, Spain (& the Journey There)”