We started our soggy day by heading to Clunia, a Roman ruin that had existed as a town for several hundred years (from pre-Roman times until about the 3rd century AD).

Despite the rain the Roman town was fascinating. 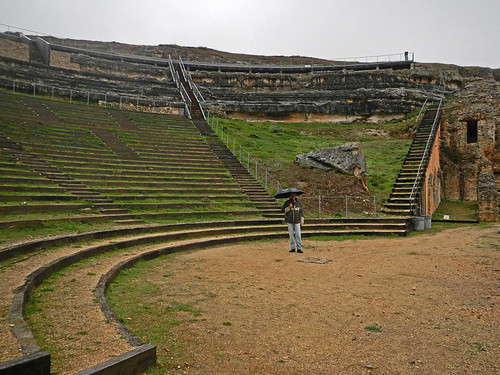 The amphitheatre was huge. 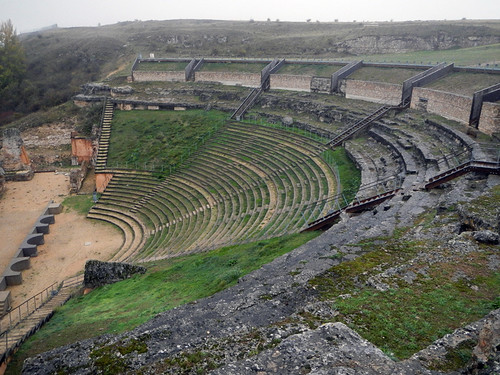 This is where you had to stand when you said, “friends, Romans, countrymen…”, especially if you wanted everyone in the amphitheatre to hear you. 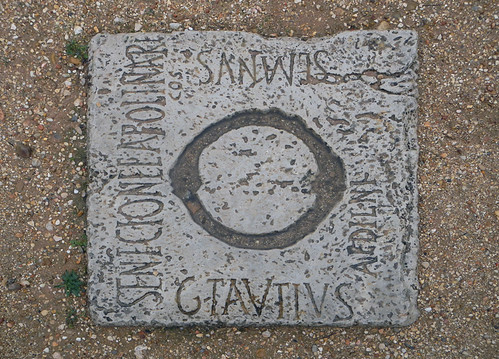 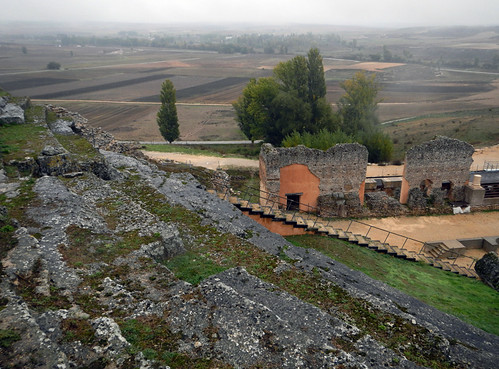 There were mosaic tile floors all over the site. 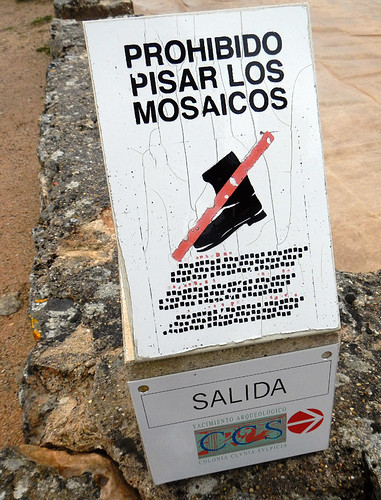 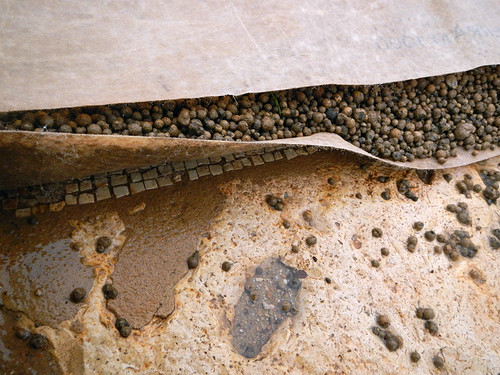 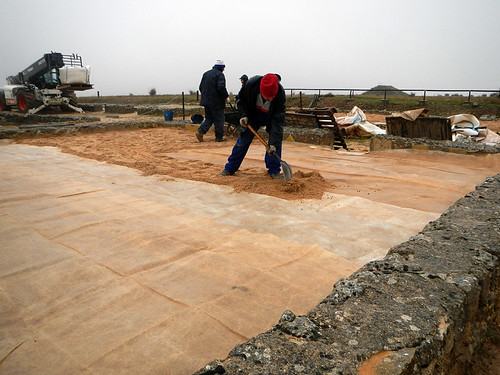 This is what it was supposed to look like underneath all the protective coverings.

A Roman mosaic floor that hadn’t been covered yet. 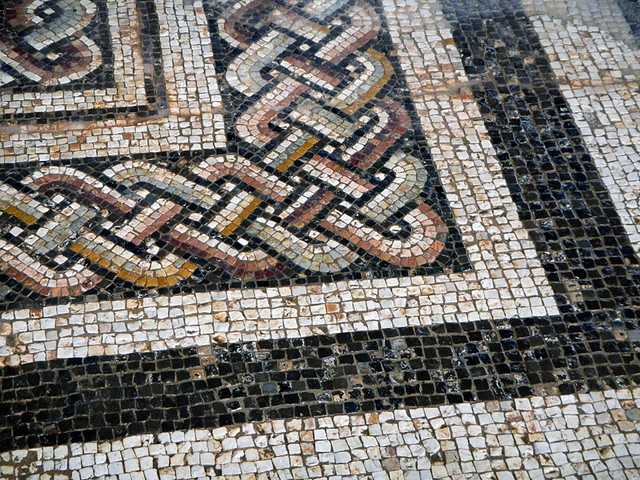 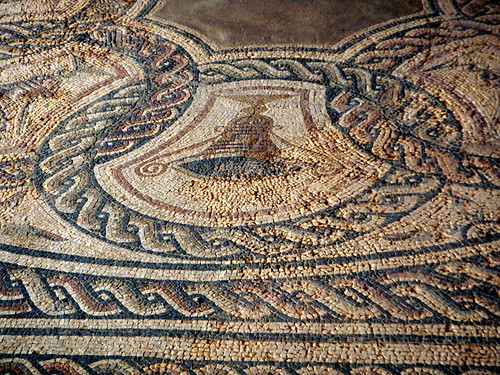 There was a series of Roman bathhouses, one hot, one tepid and one cold, just like a modern spa (but maybe without the jacuzzi jets). 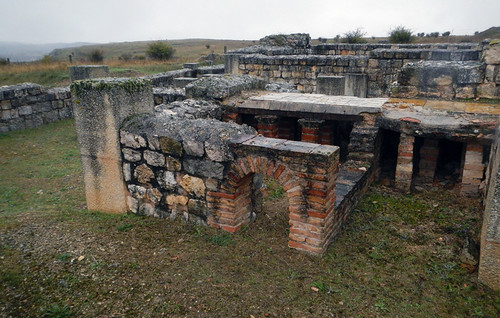 It wasn’t all Roman; there was the ruins of an old church in amongst the Roman archeology site. 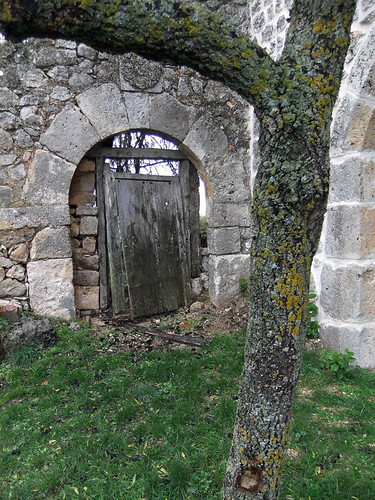 Another sign that it was October – the hills were alive with mushroom pickers, and these little baskets filled with mushrooms showed up everywhere. 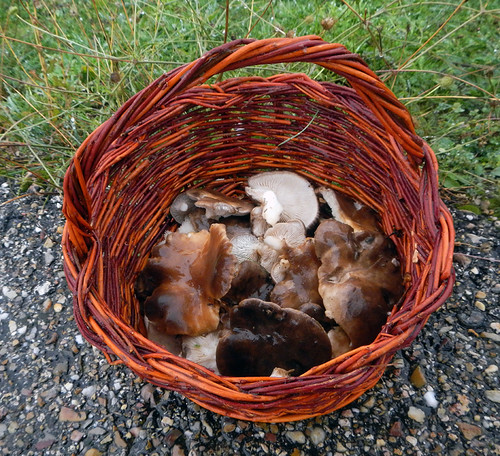 The map showing our route that day, from Quintana de la Sierra down to Penafiel and the Castillo de Curiel, the medieval castle we were staying in that evening.

More on our 2015 trip to Northern Spain.

4 responses to “Clunia, an Extensive Roman Ruin in Spain”