It never stopped raining that day so we headed straight for our destination that night, the Castillo de Curiel, a renovated medieval castle that had been converted into a hotel, and highly recommended by some fellow travellers as being ‘cheap’ for what you got.

The castle loomed above the town of Penafiel and as we made our way up the hill I found myself self-consciously primping, fussing with my wet hair, putting away my camera – after all I must look proper for our entrance to the castle.

The price was ‘cheap’ as advertised, 90€ including tax, an excellent bottle of wine and breakfast in the morning. Okay, it was the most expensive hotel we stayed in while in Spain but still! 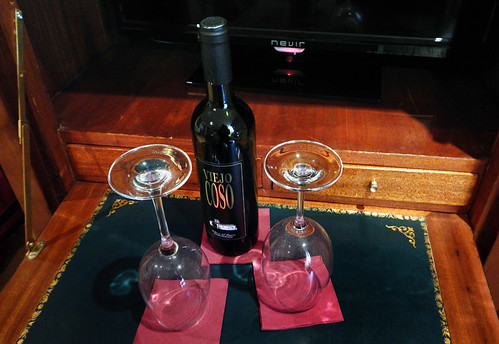 Once we were shown to our room and no-one was watching me the camera came back out and I ran around like a silly tourist taking pictures of EVERYTHING including Al, the king of the castle in his Gortex and jeans. What a place! 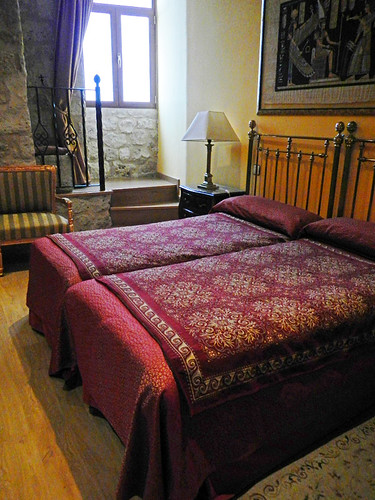 The roof not only had a view it also had a swimming pool. If only it hadn’t been cold and raining. 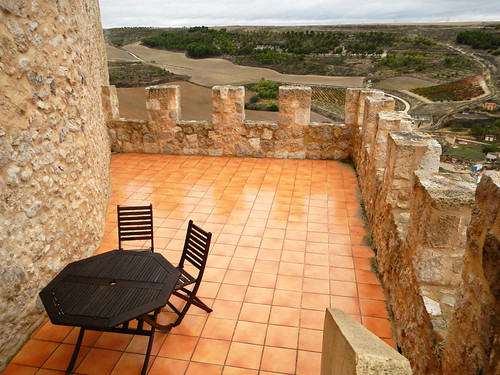 View of a cemetery and the vineyards beyond. 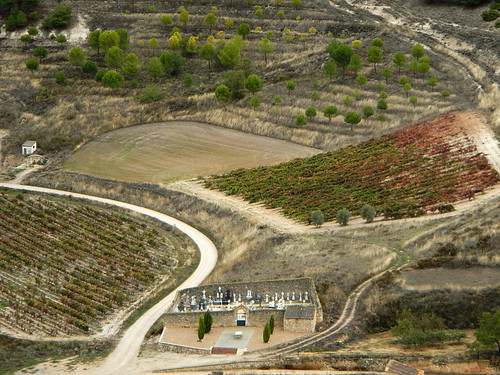 A floor tile in the castle polished and looking more like leather than ceramic. 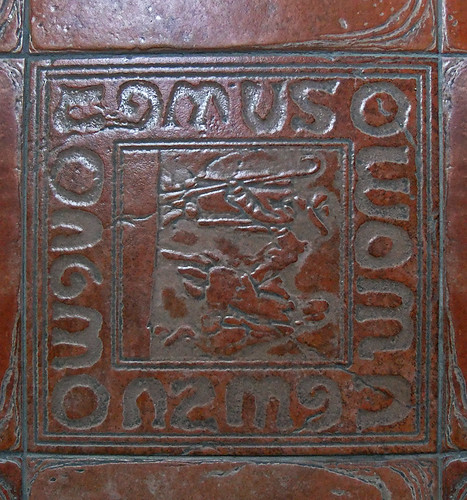 With the constant rain outside I decided to make myself comfortable inside, lounging on the silken pillow in the window seat where I sipped the excellent wine provided, snacked on some Spanish cheese we had picked up to go with the wine, and read Don Quixote which I had brought along with me for the trip.

Considering that it was published in the early 1600s it is surprisingly funny and deals with issues of people who are unable to live in the real world that surrounds them. It is considered the world’s first modern novel.

It is also a huge book, over a thousand pages, and is probably meant for a much longer stay in Spain than the three weeks I had. Perhaps it would have been better as a ‘beach book’, one of those mega novels to get immersed in while beaching it on the Costa del Sol.

My version was a paperback published in 2014 but the original Don Quixote is a 16th century book and I was reading it in an 11th century castle. Here I have aged it a bit to make it look older.

The next day the sun was back and we had glorious views from the castle. As it was situated on the highest point we took the elevator to the top floor where we were rewarded with view of the local vineyards.

I couldn’t resist another shot of the view, this of the shadow of the Castillo that looms over the local landscape. 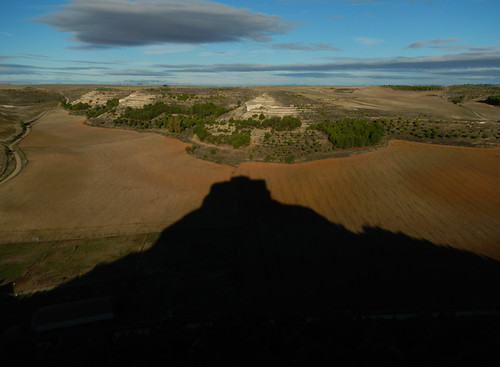 The breakfast included in the price had everything, even scrambled eggs and bacon, the only time we saw that in Spain. Al sighed, “I could get used to this!” as he chowed down on  the vast selection.

Lighting lures us into the dining room for a Spanish extravaganza of eating.

Boy, were we glad it was renovated – this is what it looked like before the renovation! 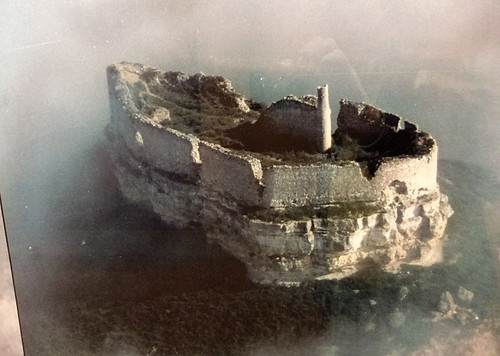 Outside the sun-warmed ground was fragrant with wild thyme and rosemary. 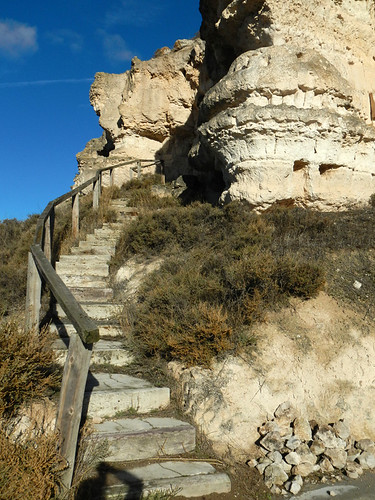 The castle in the sun.

The map showing our ‘time-travelling’ route that day, from Quintanar de la Sierra with its 10th century necropolis down to the Roman ruins of Clunia ending up in Penafiel and the Castillo de Curiel, the medieval castle we stayed in that evening.

More on our 2015 trip to Northern Spain.

4 responses to “Castillo de Curiel in Spain, Spending the Night in a Renovated Medieval Castle”