As we had been in Saigon (aka HCMC) in 2003 I expected the city to be somewhat familiar – but there was nothing about it that jogged any memories.

The taxi from the airport took us through a gut-wrenching nightmare of traffic (for me anyway). The traffic was like Hanoi’s 10 years ago, maybe worse. I don’t remember the traffic in Saigon but surely it must have been there.

Our driver dropped us off on the wrong side of a busy street and pointed insistently to a sign, ‘Sagotours’. We kept repeating the name of our hotel, he kept pointing. Eventually we teased it out of him that our hotel was somewhere down the narrow alley beside the sign.

Dragging our suitcases behind us, we somehow managed to get across the street, despite dozens of motorcycles and a large green bus bearing down on us. 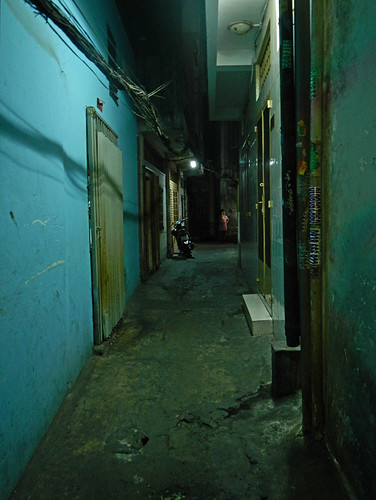 The alley was a magical maze: full of eateries, hairdressers, fat ladies lying on couches in front of open doors, tourists, flashing neon lights, hotels, hostels, motorbikes that squeezed past. It went on and on, like nothing I had ever seen before. Welcome to District 1! 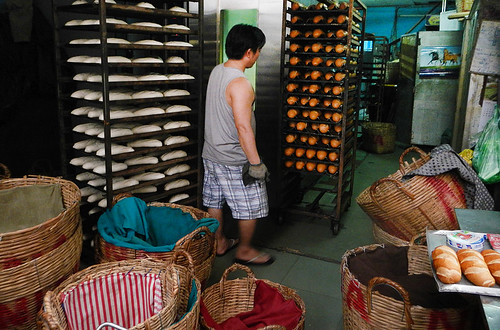 Our guide finally gave up and asked a lady who took over, leading us further and further into the maze. Sometimes it seemed that we were turned around and going back the same direction we came in. Five minutes later she deposited at the door to our hotel.

We looked at each other in dismay. I wailed, “We will never be able to find this place again.”

Our room was three floors up and not very glamorous compared to the rooms we had in Hoi An, but it contained all the necessary items. Back downstairs we pleaded for a map of the maze. It turned out that our first guide had taken a wrong turn near the beginning, thus the convoluted route and it wasn’t nearly as bad as I had thought.

We easily found our way back to the busy street and, of course, the next thing Al wanted to do was to cross that insanity again!

I, on the other hand, was content to spend my entire time in Saigon on the District 1 side of the street. If we must cross, it had to be at a traffic light – even though the Vietnamese drivers weren’t prone to obeying any kind of traffic signal.

Searching for a traffic light we strolled along District 1 side of the busy street, and I kept peering down the narrow alleys, hoping for a reprieve. Down one of the alleys we passed, I spotted the Taj Mahal Restaurant, serving food from India. Al was agreeable so in we went, and had a lovely meal of kofta and palak paneer, and since we were in Saigon, a couple of bottles of Saigon beer. 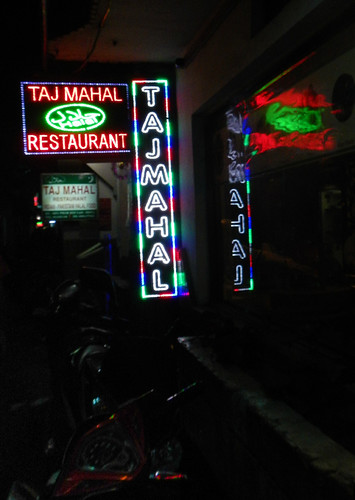 Saigon’s District 1 is a labyrinth of intriguing warrens where everyone lives their lives out in the open. Some day I’d like to do a photo shoot inside the homes – here is one, a kitchen with the requisite altar and parking for one’s motorbike. An interesting difference from our trip in 2003 when the altar almost always contained an image of Ho Chi Minh along with either Fidel Castro or Che Gueverra (and once Michael Jackson).

More on our December 2013 trip to Vietnam.

4 responses to “Arriving in Saigon’s District 1”