In Saigon the entire week between Christmas and New Year’s Day on the western calendar was celebrated with a combination of elements from both Tet (the Vietnamese lunar New Year) and the west. 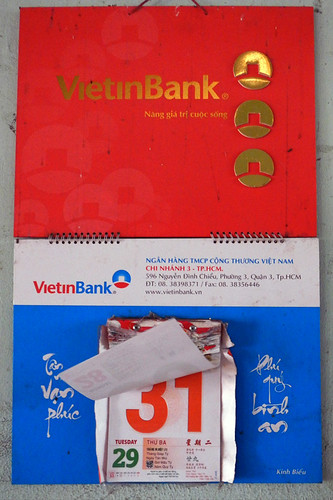 The yellow flowers on this window are the traditional Vietnamese New Year’s flower. Our waitress didn’t know the name of them in English but in Vietnamese it translates to ‘golden’ and gold is good. They also bloom prolifically this time of year adding another reason for their popularity.

We were staying in a warren in Saigon’s District One and across from that was a large public park all lit up for the week and filled with performances in the evenings.

Once we made it across the terrifying traffic we came upon a sort-of peaceful pond with boaters. There were traffic jams in the pond too!

Huge arrays of street food were available and it all looked amazing. 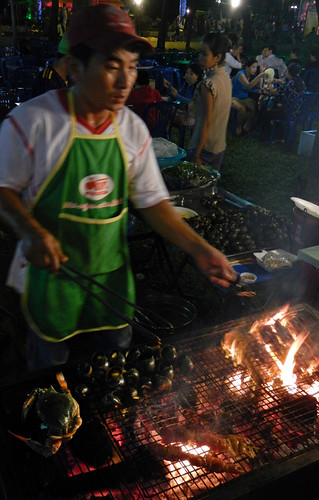 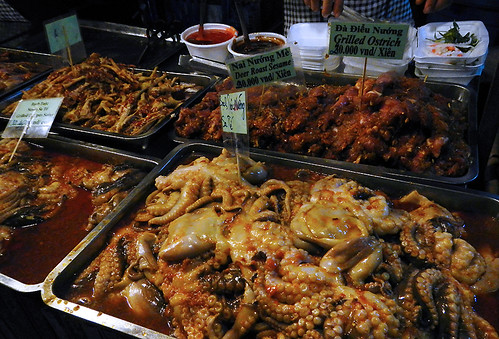 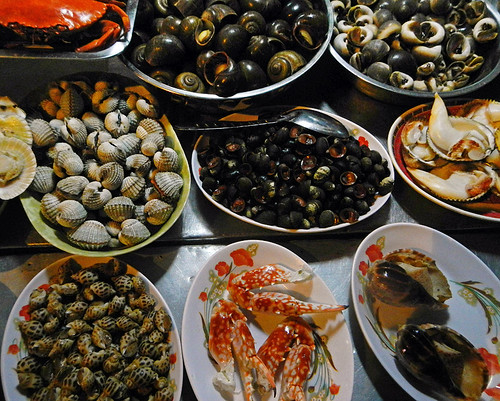 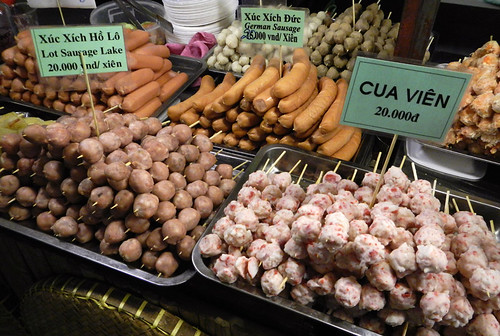 Like one of the sausages above, the draft beer is German and comes in two flavours: yellow and black. 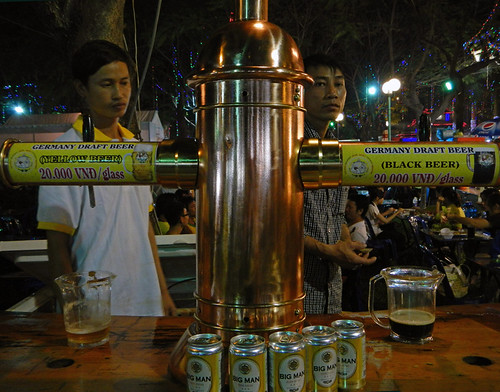 The performances went on all week and ranged from ‘bing bong’ music, to screechy singers, to rock and roll, to comic opera… 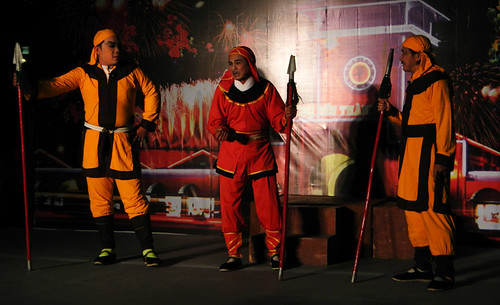 And then who could forget the song, ‘It was an its, bits, teeny-weeny yellow polka dot bikini’ as sung by Alvin and the Chipmunks.

This Happy New Year banner has the traditional yellow flower of a small tree which I now know is called the ‘Vietnamese Mickey Mouse Plant’ (thanks to Chris Galvin, herself a writer that could tempt anyone go to Vietnam) along with pink peach blossoms.