From the luncheon spot we took another boat to our evening destination, a homestay on a farm on the Mekong Delta. 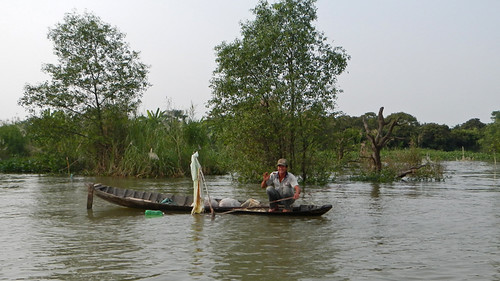 It was dark by the time we arrived and introduced to the farmer’s wife and the super-friendly ‘guard’ dog.

Phuoc, our guide, seemed overly concerned with ‘thieves and gangsters’. This had apparently been a problem for him since he was small and couldn’t sleep for fear of people coming in and stealing everything his parents worked so hard for.

He told us that 15, 20 years back, when the country was very poor, many people would come into the farmer’s yards at night to steal food. Because there was no electricity at that time the thieves would wait until it was dark and everyone was asleep before they ventured into the yards. To protect their hard-grown produce the farmers all got guard dogs.

Apparently the thieves are still there, but food is no longer a priority, they are now looking for ipads and anything worth a lot of money.

Al asked, “But if they break in why don’t the farmers just call the police?” and Phuoc looked at him as if he was crazy. “No, no, never call the police!”  He reminded me of our friend Charlie who said he was never going back to Vietnam because, “In Vietnam the police can do what they want.”

By then it was dark and I don’t have any photos of the place, only some only dark videos.

After a quick change we were led out into the garden for dinner – a huge dinner, maybe meant for eight people not just the three of us. My dark videos have us listing all the dishes, the ingredients and how to make them.

The night passed peacefully until a rooster started up a ruckus at four in the morning.

Phuoc was a softie when it came to animals, practically melting at the sight of the farmer’s ‘guard’ dog. Later he said, ” I love all animals. But at four o’ clock in the morning I really hate that rooster!”

After banana and pineapple for breakfast we went for a walk along the river accompanied by the eager ‘guard’ dog. 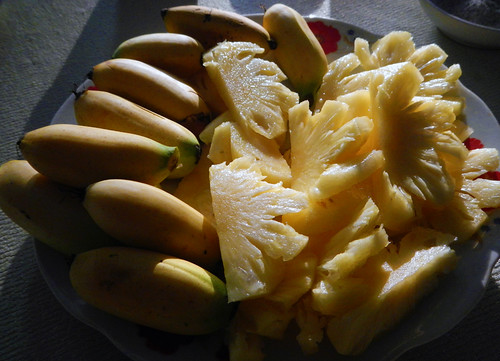 Some images from our walk along the river: 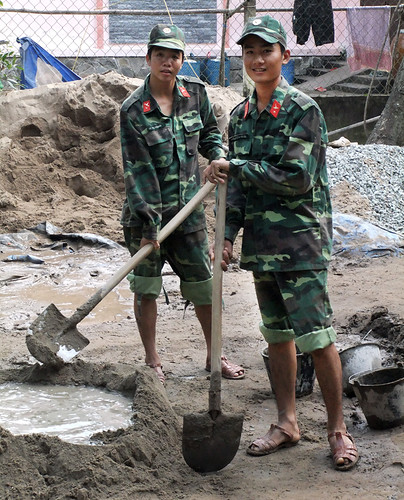 A trellis holding up some sort of strange vegetable. From the shape of the leaves I am thinking it is maybe some kind of squash. 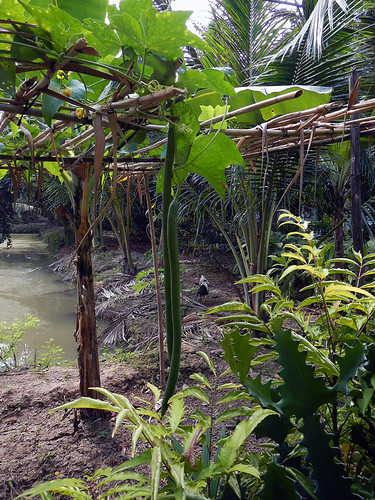 Collecting snails on a small tributary of the Mekong River. 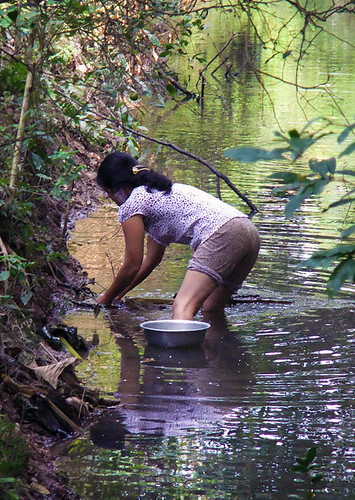 Family tomb amongst the farms. Next to the tomb was a small muddy pond containing some of the most beautiful pink lotuses I have ever seen. 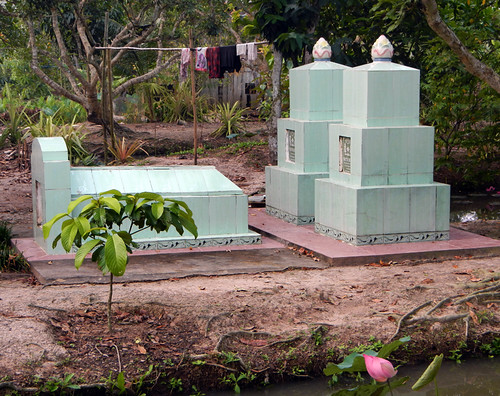 More on our December 2013 trip to Vietnam.