The notorious S-21 prison in Phnom Penh was a high school until Pol Pot evacuated the city and converted the school into a prison.

Out of the 14,000 prisoners held here only seven were found alive when the Vietnamese came into the city and ‘liberated’ it. It is now a haunting Genocide Museum.

Silence and respect only, no ‘happiness’ allowed here. 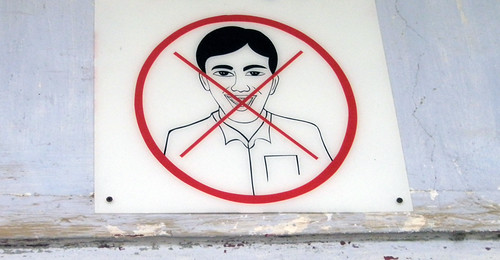 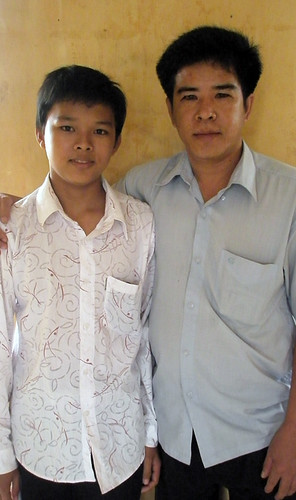 A man and his 16 year old nephew. The uncle has eyes that are dark and red-rimmed, as if from unshed tears. He tells me that his nephew does not believe in the genocide – that the children of today cannot believe such things ever happened.

He was 11 when Pol Pot came into power, and was taken from his family and put in a labour camp for boys. His mother and father both died during this time, and only three of his seven siblings survived. Still, he asserts, Pol Pot was good for the country – not this, this prison, this was bad, but Pol Pot was good for the borders. He had the right idea, “Cambodia for Cambodians. Now the Cambodian government is run by the Vietnamese”, he says in disgust.

My camera only had tiny videos so I put together a collection of the photos I took together with the soundtrack of the video which is mostly the sounds of hidden birds nesting in the crumbling walls of building. 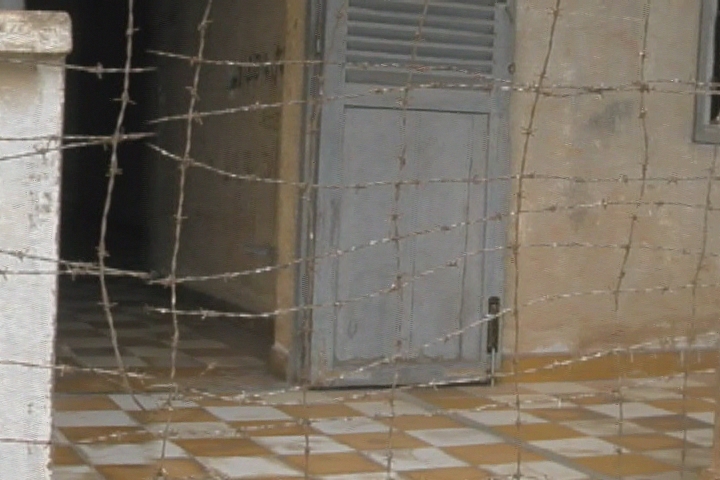 5 responses to “The Notorious S-21 Prison in Phnom Penh, Cambodia”