My alternative title for this post was: ‘Reflection of Windows in Windows’.

Some cities seem to better for this kind of thing than others. The first two images are from Bilbao, Spain. This is the city of the famous Guggenheim Museum designed by Frank Gehry, a master at considering the surroundings of his experimental architectural designs and fitting them in as if they were part of some original plan.

The Guggenheim reflected in the building opposite. 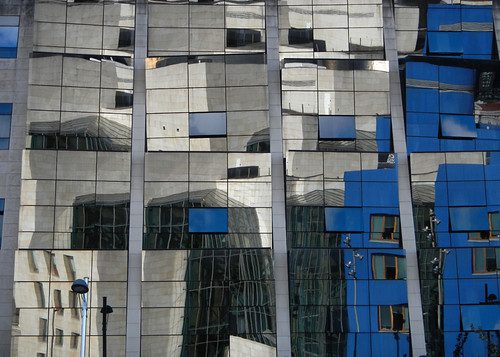 Examples of the ‘Guggenheim effect’ abound in this region, where other architects have gotten in on the level of excitement created by Gehry’s striking building. 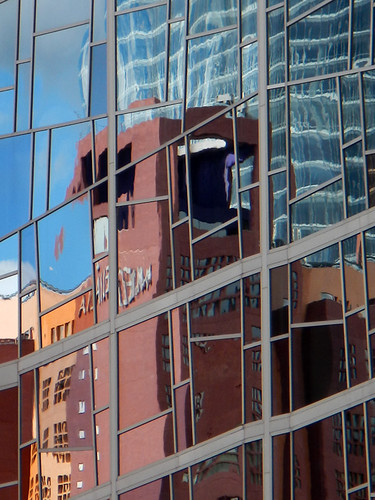 Vancouver, my home city, is also known as the ‘City of Glass’, a term coined by Douglas Coupland, a Vancouver native, writer and artist who also coined the term ‘Generation X’. Of course, all that glass means it’s a prime place to gather reflections of windows in windows. 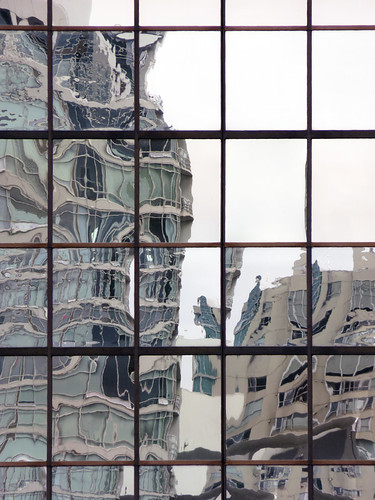 Reflection on a glass high-rise in Vancouver. 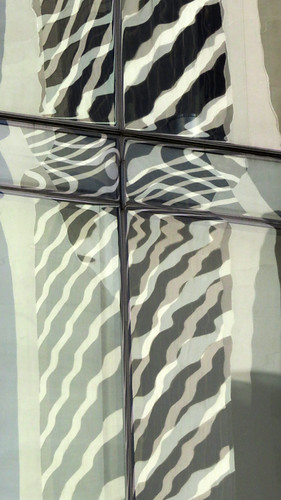 This is somewhere near the ‘sails’ at Canada Place but I have no idea what it’s a reflection of. 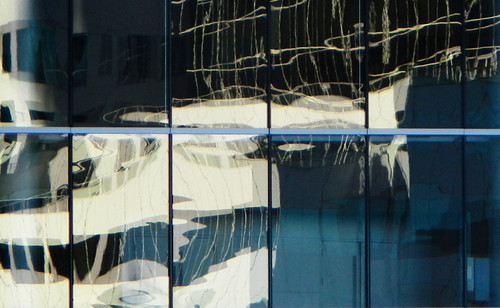 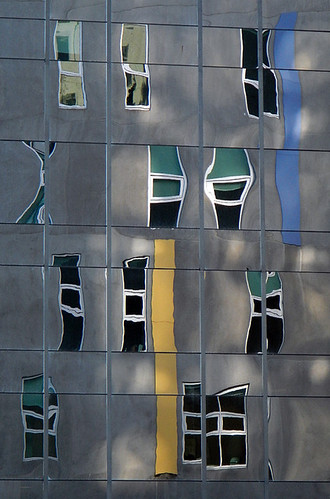 A mirrored image of the outside building as seen through the glass roof of the Vancouver Public Library. 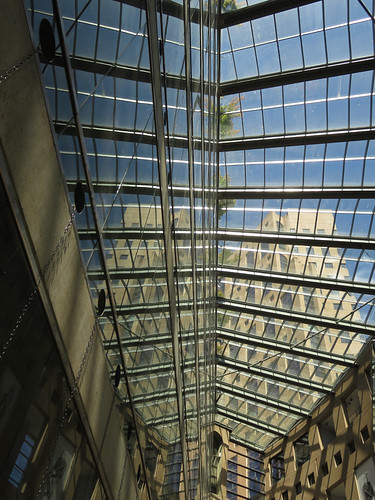 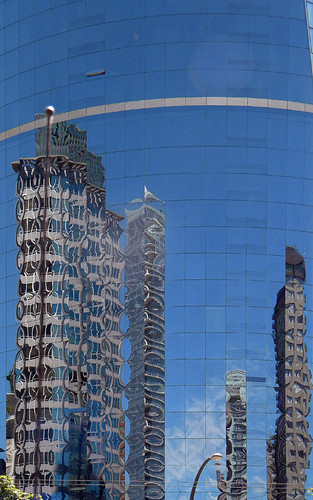 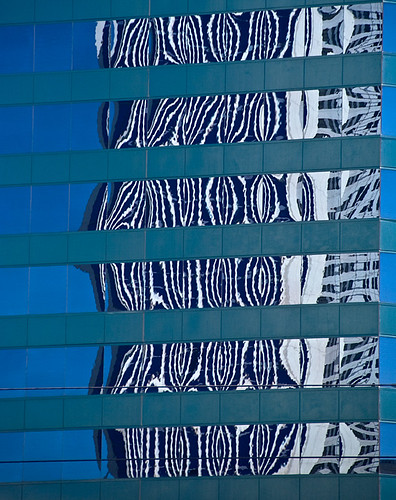 Planet Hollywood, reflected in the building across the street (Las Vegas). 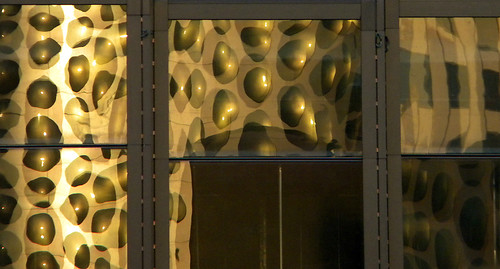 Abstract reflection of brick walls in the windows in Amsterdam, Holland. In Holland this kind of reflection was a bit harder to find. 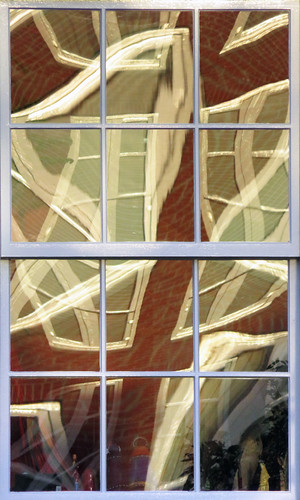 2 responses to “Mirrored in the Building Opposite”