From the Shannon Ferry we drove through Conner Pass to Dingletown. 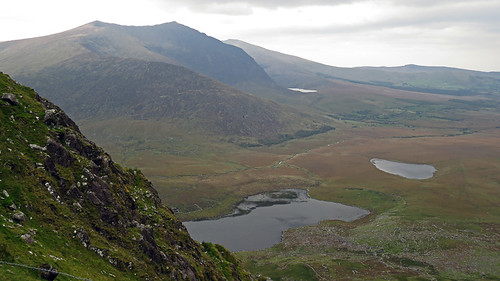 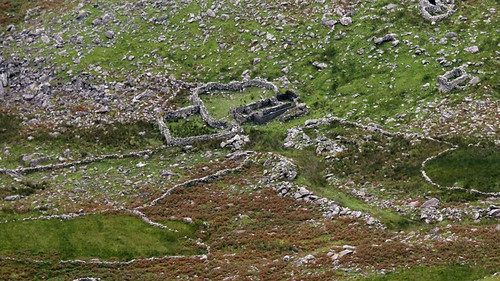 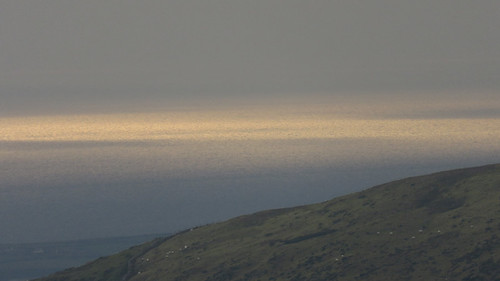 We arrived in Dingletown just as food fair was finishing for the day. We booked into Murphy’s Pub B&B, recommended by Mr. James Murphy himself. Ireland has more than its fair share of grey days but in Dingletown they made up for it by painting the buildings with vibrant colours. 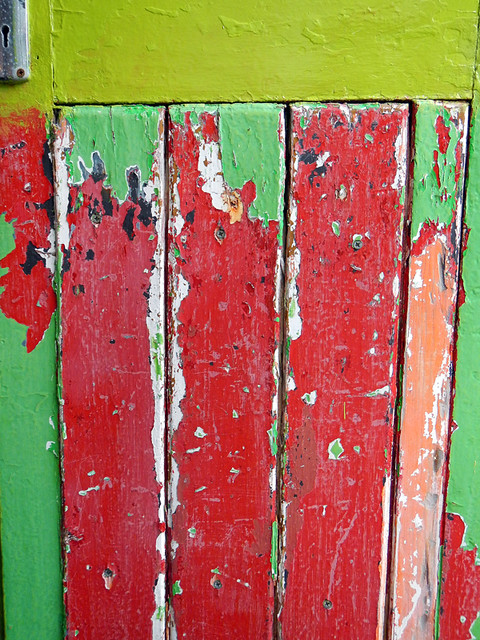 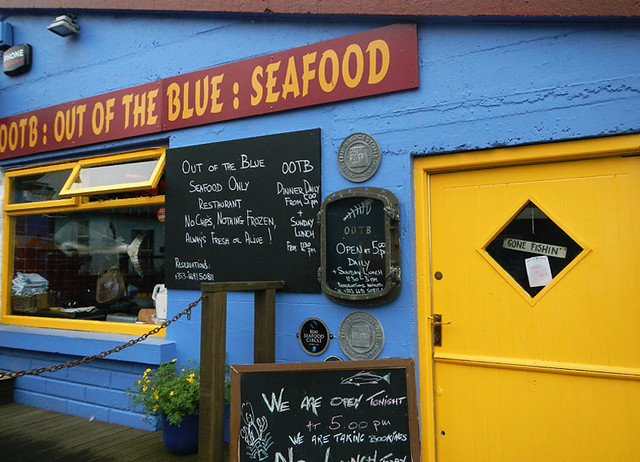 Our GPS was now speaking Gaelic: we were apparently stopped at Fearrann Na Cille for a Gneas (pronounce Guinness?) and a Crean’s Beer, I think both from the Dingle Brewing Company. 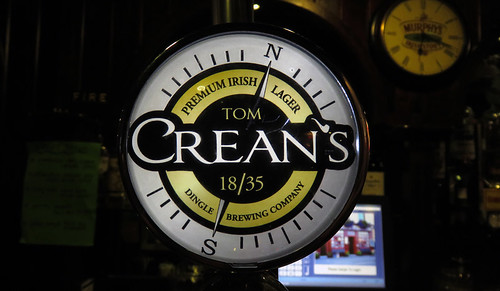 Dinner at the Colony Hotel was a goat cheese tartlet plus a beer from McGargles’ Irish Family Brewers, ‘never established’. 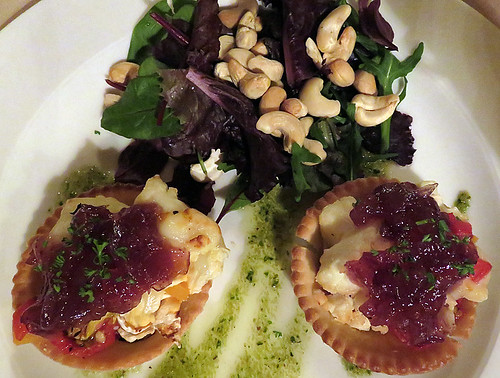 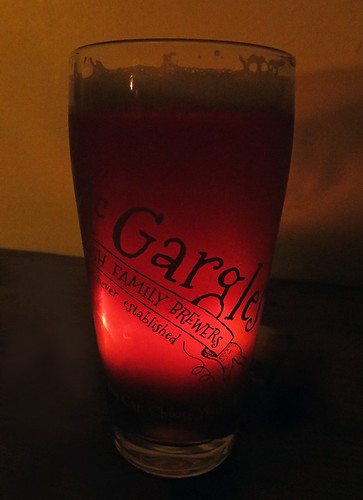 We had even more beer at Foxy John’s Bar, Hardware & Bicycles.

We stayed in Dingletown for two nights at Murphy’s Pub B&B, recommended for its fabulous breakfasts! 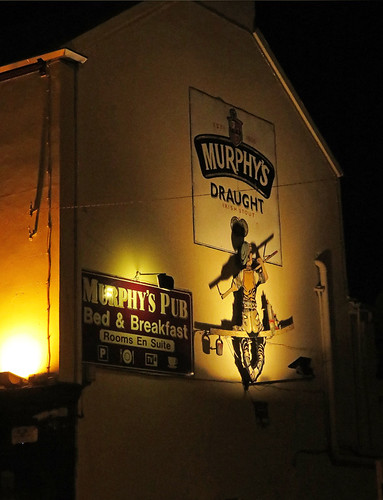 The second half of our day: from County Clare we took the three o’clock ferry to Tarber, had a bucolic drive through sheets of wind-blown rain to Tralee, a snack of ‘wild Irish salmon’ and then into brightly-coloured Dingle Town where we spent the night at Murphy’s Pub B&B. The next day, after a fabulous breakfast, we spent the entire day driving around a very small part of the Dingle Peninsula.

My artsy shot for this leg of the trip: Carved wood decoration of hair in Celtic knots on a shop in Dingletown. 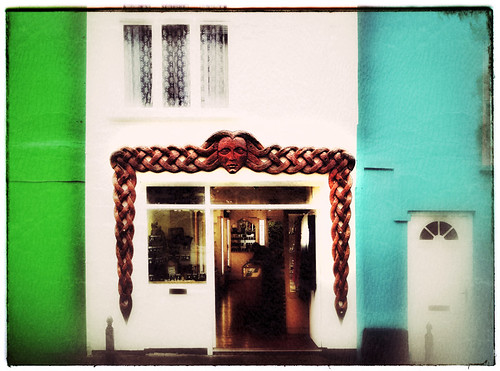 5 responses to “Dingletown in Ireland”