They didn’t have much range of focus; essentially the only things in focus were at least one metre away and no more than three metres away. I quickly found that the best way to get a good-looking shot out of these cameras was to put something in the foreground making the slightly blurred background look okay.

One of the best things about them was that one could shoot vertically as well as horizontally. (Both shots from Guadalajara.)

At some point digital cameras appeared and the cardboard cameras went out the window. My first digital camera (2007) had an option to do 16:9, the proportions of HD TV. For photos it was almost as good as my cardboard panoramas, allowing extraneous detail to be cropped out. Plus it had a way better range of focus. I have the 16:9 option in one of my cameras and I still use it. This is at the Giant’s Causeway in Ireland. 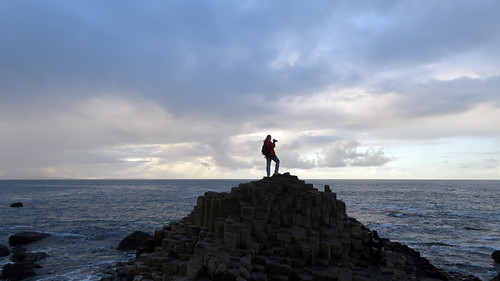 Again, 16:9 works well either vertically or horizontally. On videos, of course, vertical isn’t a really great option. This shot is of a musician at a food fair in Belfast. 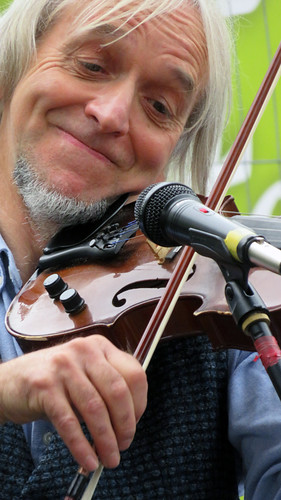 Then came the epic 180° panoramas – maybe a little too epic. Trying to do this vertically most often ends in a fail. The earlier versions of 180°s required you to take 2, 3 or 4 shots, visually aligning them to allow the camera to piece the images together. This worked fairly well at Angkor Wat (2007) as it allowed me to wait until the tourists wandered out of each shot making it seem (falsely) that I was alone in the jungle instead of being in a herd of tourists. (This was a three-shot panorama.)

The new cameras piece it together as you go, less work, but you have to find places where there aren’t any people like the Irish coast in October…

…or where people are standing in awe of their surroundings (Playa de Catedrals in Spain) and not moving around which causes them to blur awkwardly. This one has been cropped slightly.

Another problem with the automatic 180° panoramas is that sometimes the image is disjointed like this shot in Lille Cathedral. I’m not sure what causes this – if you have figured it out please let me know.