A collection of orange walls in Mexico.

Shadow of a palm tree against an orange wall in Huatalco. 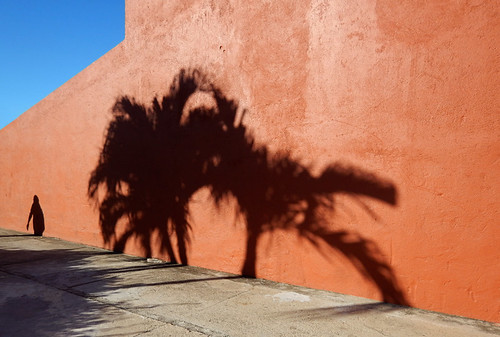 An orange wall with a ladder near the aqueduct in Zacatecas.

Orange corridor with a gate in Mexico City. 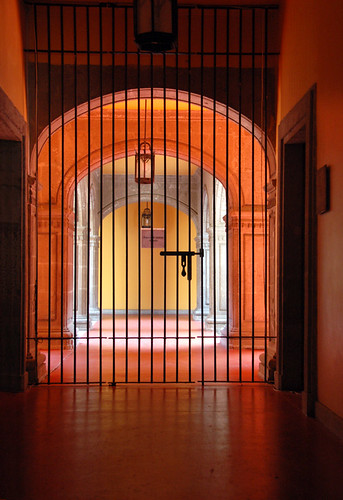 Alcove in orange wall in Coyacan suburb of Mexico City. 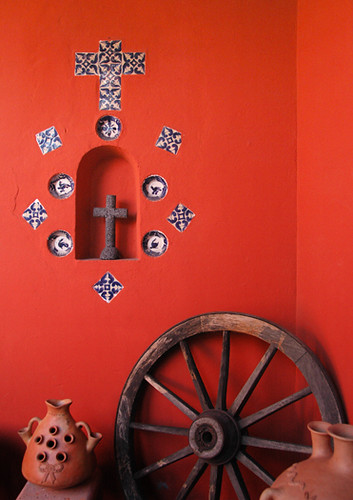 Agave against an orange wall in Aguascalientes. 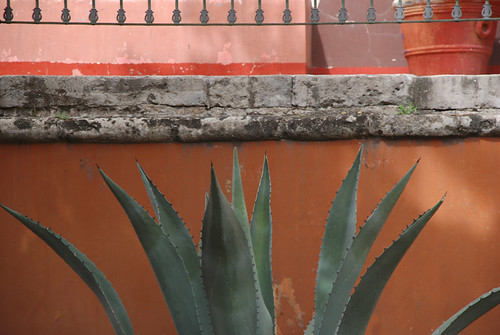 Interior of the former San Franciscan convent with its terracotta walls with arched windows in Guadalupe. 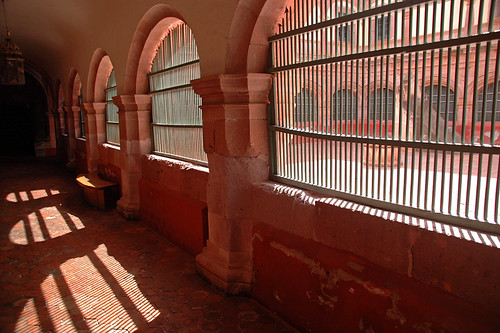 6 responses to “Orange Walls in Mexico”