Public transport covers a lot of ground so for this collection I am sticking with buses!

In Den Haag, a bus mural with bikes. 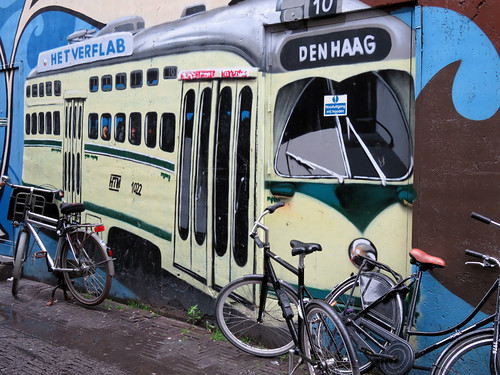 Mirror on a ski trip bus – we were going skiing in Revelstoke! 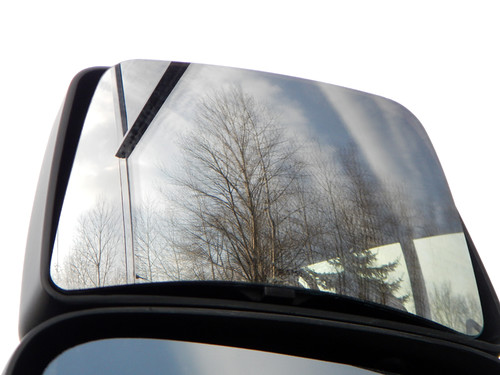 Spray-painting a bus at the Mural Fest in Vancouver. 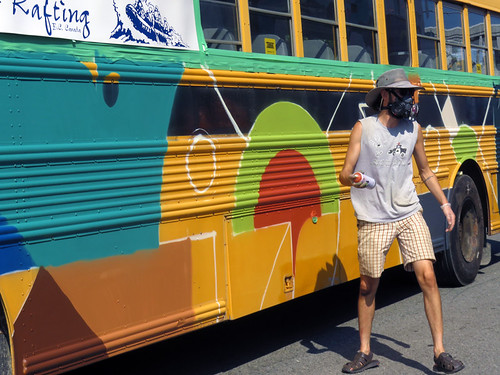 Leaving rainy Hue as seen through the bus window. 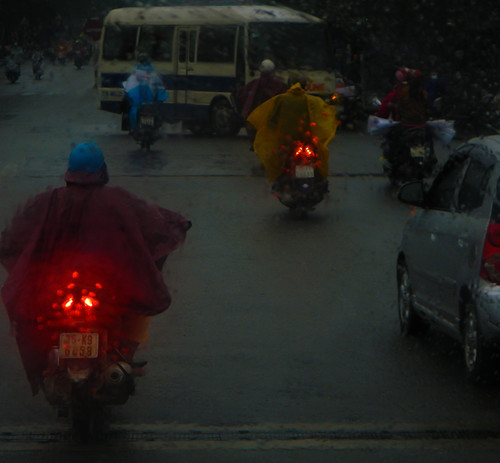 Bus ride to Fatehpur Sikri in India. (One of many scary rides on the roads of India.)

We always take buses in Mexico; they’re cheap and wherever you’re going there’s usually one leaving within 15 minutes. Hint: the first class tickets cost only a small amount more than the second class ones with more direct routes. This Omnibus ticket for the Aguascalientes to Zacatecas route cost 87 pesos, about 4 or 5 dollars US.

Stand-off with a bus on the narrow roads of Wales. Guess who had to back up to the nearest ‘passing place’? 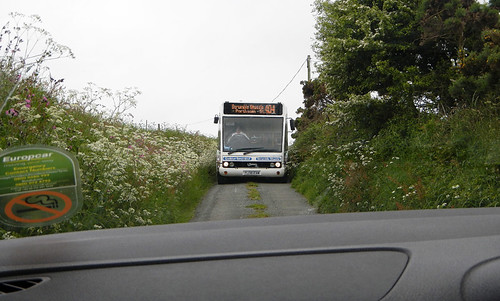 Bus stop sign in Hong Kong. The public transportation in Hong Kong was very easy to figure out and it covered rail, buses and ferries.

In the Thai bus depot for the northeast of the country (Issan), none of the signs used Roman alphabet, even in 2007. The only ‘English’ sign in the entire station was a big ‘i’ which led us to a small booth manned by a man who could speak multiple languages. He led us to a ticket seller and then outside, depositing us on the correct bus – without him we would never have made it to our destination!

Once we arrived in Issan (northeast Thailand) we were rewarded with sightings of brightly-painted buses like this one, which, despite its appearance, appeared to be taking Thai tourists on a Buddhist pilgrimage to nearby Laos. 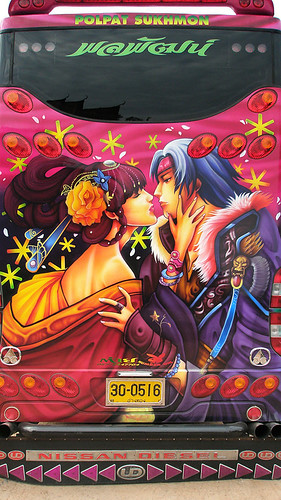 Last bus stop on our walk past the Ladybower Reservoir in the Peaks District of England.

Only a few buses decorate the parking lot of Cliffs of Moher in Ireland.  This was in October, there was room for dozens more!

More of Nancy Merrill’s a Photo a Week: Public Transport.

2 responses to “Public Transport from Around the World”