Then you’ve pretty well done everything there is to do in this town.”

That’s what the host at the Tourist Office told us after she found out we’d already been to the Galway museum and the nearby town of Cong.

So now what? I asked if there were any craft beer places in town and she pointed out the Salt House on a map, saying it was a pub full of ‘crafty’ beers.

This search led us to a previously unexplored part of town where we passed a tower claiming to be the ‘smallest museum in Ireland’, the Fishing Museum. 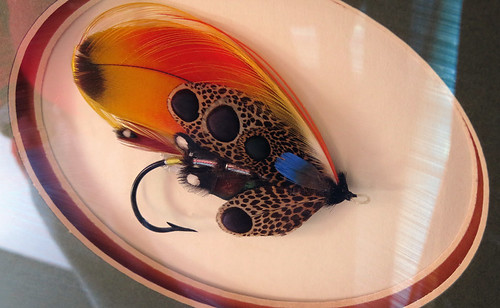 The tower overlooked the river with its dams and weirs, and the super-enthusiastic attendant told us how one noble family owned  the river and controlled all uses of it, charging tolls for passage and fees for fishing and water and whatnot. 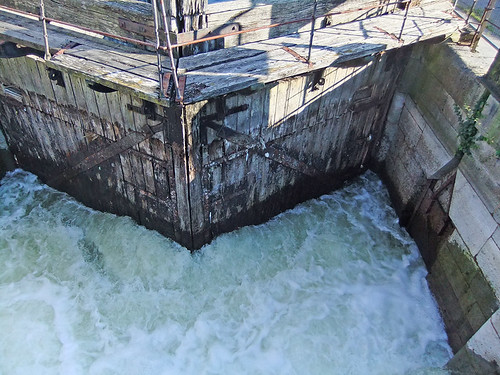 He told us story after story. “Shouldn’t really be telling you this because of the suicides”, he said, and then proceeded to tell us a story of a princess who threw herself off the pier rather than marry her family’s choice of husband for her.

From the Fishing Museum we headed down the river. These beer kegs hinted that the Pub we were looking for might be near. 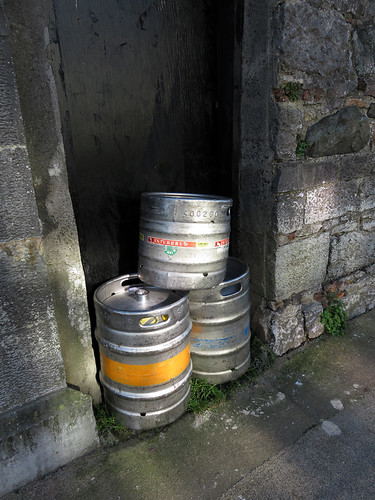 Found, the Galway Salt House; here was the crafty beer pub we had been looking for.

After a pleasant interlude in the Salt House we went for a stroll along the river. 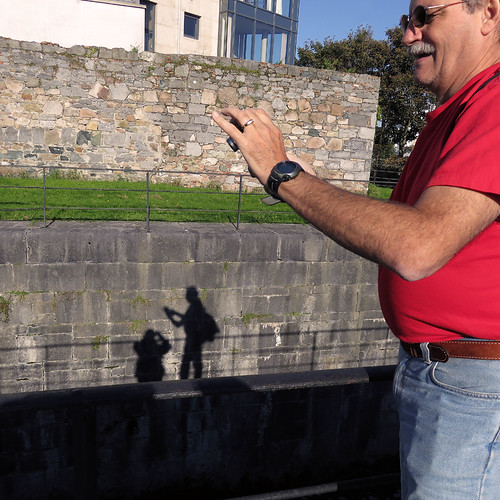 I admired this building which managed to combine both old and new in one apartment. 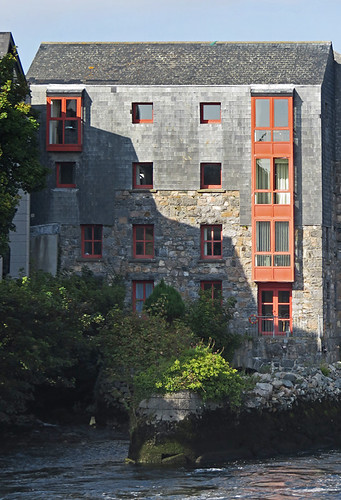 NEXT: From there it was a search for the San Franciscan Monastery that we had heard about in the Fishing Museum. It had a ‘secret’ cemetery of 11th century icons hidden inside where the host had told us “if you ring the bell they might let you in!”

2 responses to “A Previously Unexplored Part of Galway”