At the Fishing Museum we were told of a ‘secret’ cemetery hidden in the San Franciscan monastery where we have to ring the bell and “they might let you in!”

The Monastery was a bit challenging to find. Our first attempt led us into an old folk’s home where the confused girl who let us in said, “Well, I don’t really know what you want to see. There is a cemetery here but it’s not…” Her voice trailed off and she pointed. It was indeed much newer than 11th century and, as she noted, rather non-spectacular.

The next place looked like it might be ‘the place’ so I timidly rang the bell. A disembodied woman’s voice instructed us to go around the front and enter through the alcove. 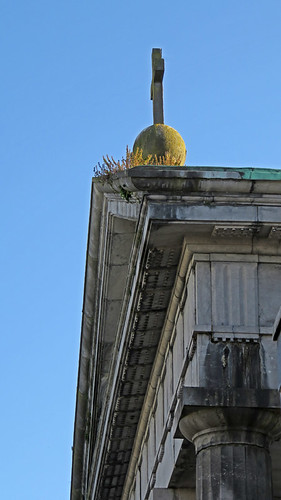 We followed her instructions and came into a walled area surrounding a small church. Following along the side wall we passed an office containing a man in a monk’s robe.

We decided to disturb him with our questions and he intoned the same as the girl in the previous building, “Well, I don’t really know what you want to see. Perhaps if you’re looking for family? No. Well we do have some old religious stuff out there but I don’t know how interesting it’d be…” 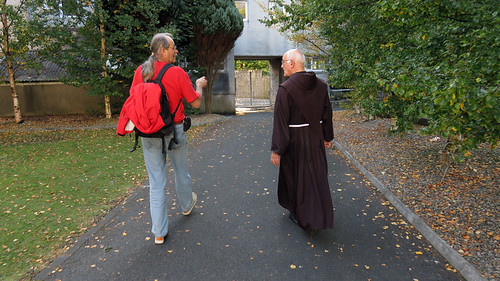 He took us out and there they were, ancient carvings embedded in a cement wall. Father Patrick told us they had been put there to protect them from the weather but admitted that they might be better off inside a church where people could see them. 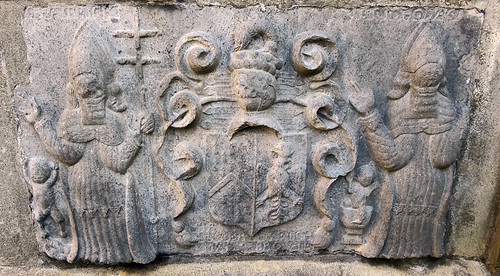 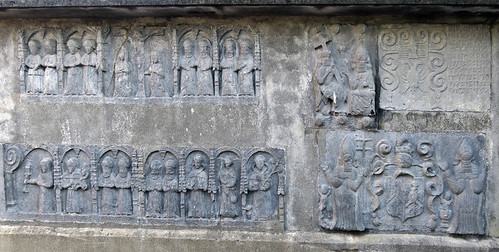 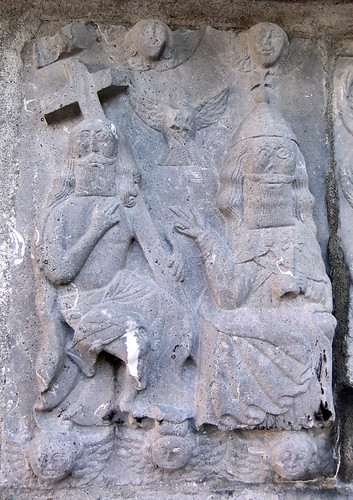 Even though we were in total awe over these pieces Father Patrick told us we really should stop at the Cathedral, that it was more impressive, and so that was our next stop (after a sunlit weir or two). 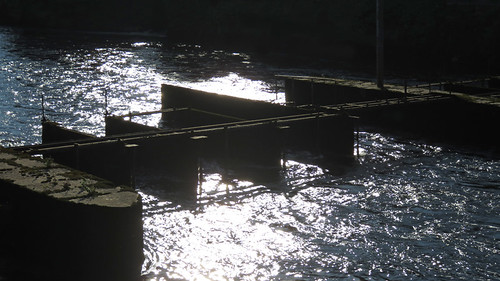 Artsy bit for this post, run through the photo app Snapseed. 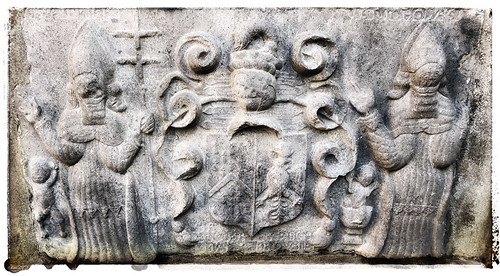 Next: Off to see the cathedral followed by a lovely dinner at Il Vicolo.

4 responses to “In Search of Icons Hidden in a Monastery (Galway, Ireland)”