October 2. On the way to Doolin from Galway.

Dunguiare Castle. Here we tramped around and admired the swans. 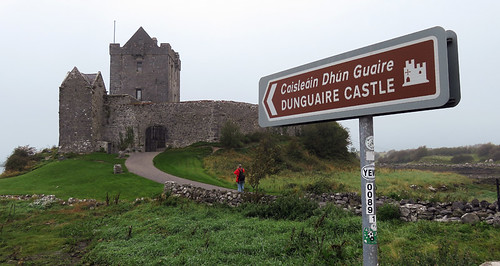 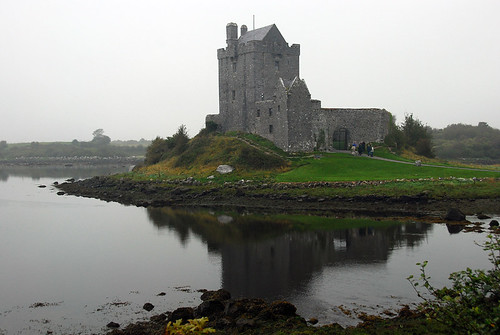 After Dungiare Castle we found another castle in ruins… 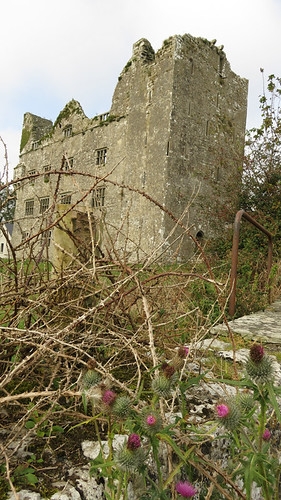 …and an old abandoned boat. 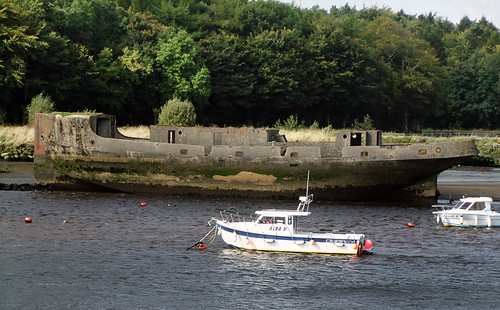 Doolin is also the gateway to the Aran Islands. We only went Inisheer but next time I might try and visit all three!

Another bonus in Doolin is that it has several pubs and a couple that we went to had traditional music sessions going on when we walked in. After we booked the ferry to the Aran Island of Inisheer we stopped at the pub nearest to the ferry, Gus O’Conners. The stage was occupied by two old characters telling jokes and playing some lively tunes that had the patrons dancing a jig. 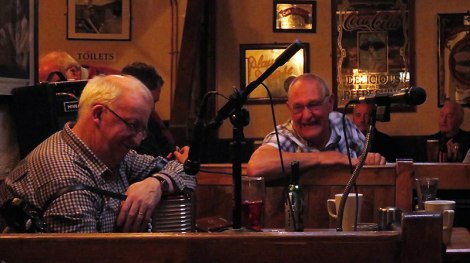 Closer into town we wandering into another pub, Fitzpatrick’s Bar, and they were just setting up for a traditional music session. A man with a recorder (or tin whistle?) plugged in a mike, a guitarist appeared  and then two girls, one with a violin (or fiddle?) who introduced the other girl saying, “She’s from Germany and she’s playing with us tonight.” 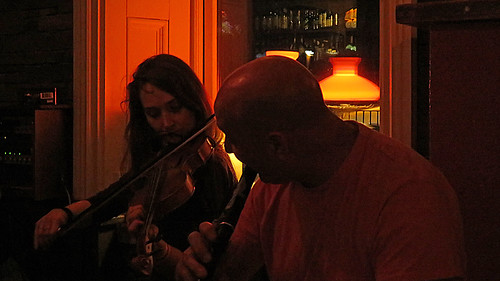 More joined in and they were all so passionate about their music; the fingers of musicians looking very bizarre and disembodied as they flew up and down the instruments. 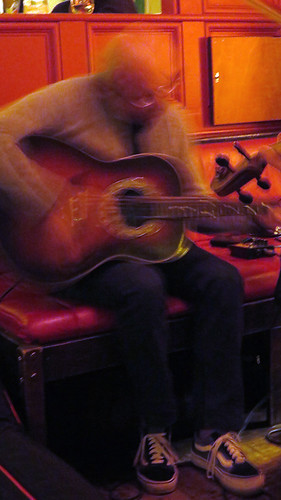 Another place near Doolin you can visit is The Burren:

The Burren (from Ireland’s Hidden Gems)

“A lifetime would be too short to fully explore the Burren, never mind a short holiday or a single day trip. For a start, you will probably never find ‘it’… Because, although ‘it’ covers some 360 sq kms ie. nearly all of County Clare, most people end up getting lost and constantly asking for directions, when in fact they are often in ‘it’ or there already! What people seem to envisage is an actual, nice, neat little place as in ‘the Burren’ somewhere, complete with limestone pavements, wild flowers etc. And yes, it certainly does exist, only it is huge, everywhere and all around you in County Clare!”

This describes our experience totally, we drove around looking for the Burren when in fact we were already there.

4 responses to “Doolin, My Favourite Town in Ireland”