We traveled from Doolin (my favourite town in Ireland) to Dingletown via Loop Head and the Bridges of Ross.

There was a lighthouse at the end and we made the mistake of entering the gate. Near thing we knew, the gatekeeper was right there at the car window saying, “I’ll have 10€ off you; once you’re through the gate there’s no going back.”

The Loop Head Lighthouse was erected in 1670, and we were allowed to see some of the inner workings. 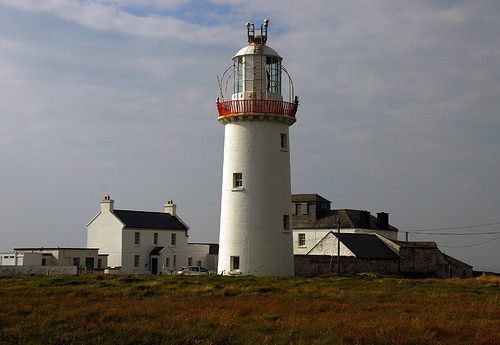 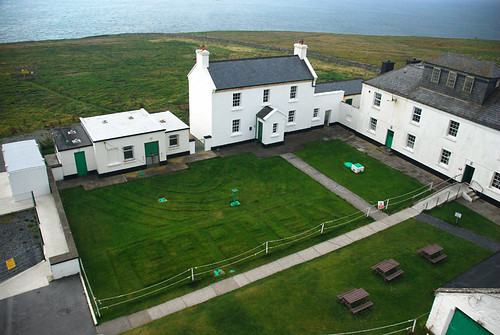 The fresnel glass inside the lighthouse.

The tour of the lighthouse was interesting and the walk to the nearby cliffs was wild and windy. 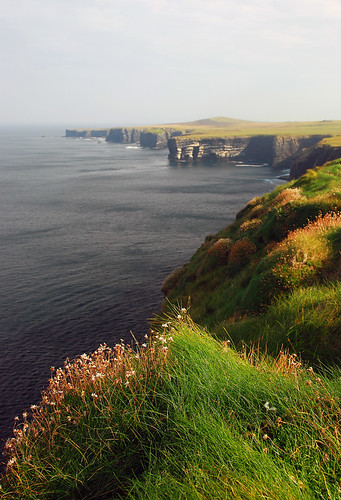 This same striated rock was found twisted and turned on its head at the nearby Bridges of Ross. 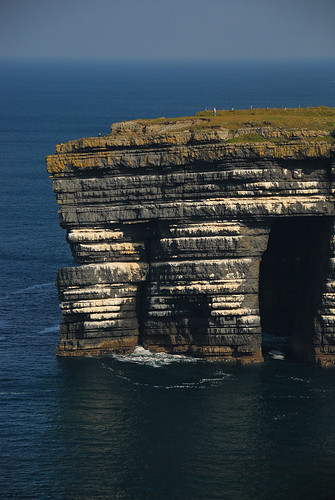 A hint of the deep blue-green water that shows up in this part of the coast. 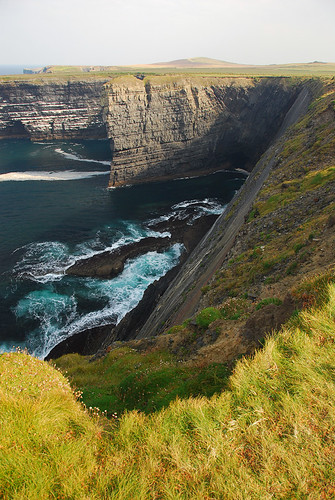 My artsy shot for this post is the Loop Head Lighthouse run through the photo app Stackables.