It was an appropriately dark and stormy afternoon when we drove Ireland’s ‘Wild Atlantic Way’ on the Dingle Peninsula. 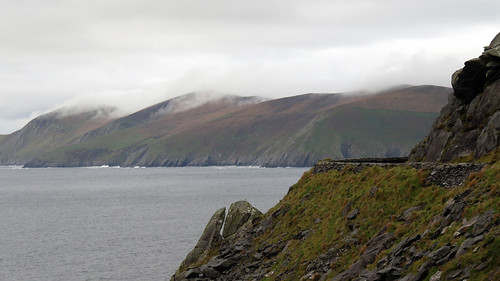 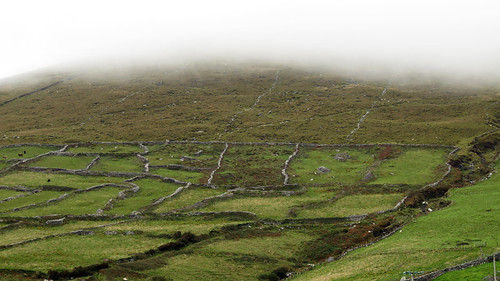 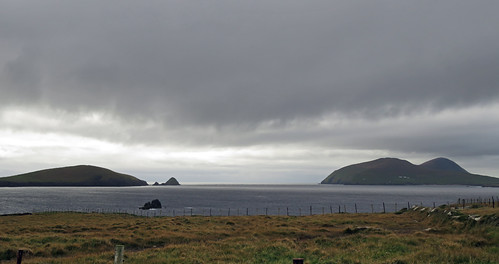 Then I spotted a brewpub and we screeched to a stop and went in.

Despite being very cozy inside we were the only customers so we sat at the bar and chatted to the barman.

When another car stopped outside, the barman nodded and said wryly, “They’re only stopping for directions, they have their maps out. Oh. Maybe they’re coming in, don’t two of them need to get out in the wet for directions…”

Alas, when they came in they asked for directions and then both disappeared in search of the washrooms. 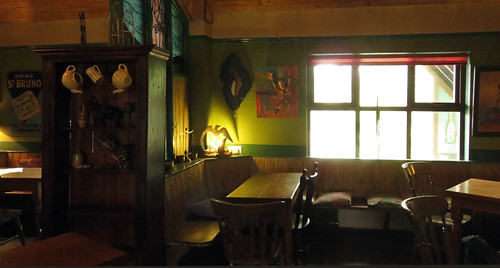 This is the West Kerry Brewery beer menu with tasting notes about the different beers they brew. I had a Carraig Dubh – the chilly weather made me see why the Irish went for the heavier porters and stouts. Al had the ‘Golden Ale’. Both were quite good and it was a shame that most people only stopped for directions – they were missing something.

Their logo is a distinctively-shaped island off the coast. They also custom brew beer for customers as we found out when we ordered their ‘Special Edition IPA’ at the Marina Inn in Dingletown.

And of course, the next thing we saw on our drive was that distinctive island. 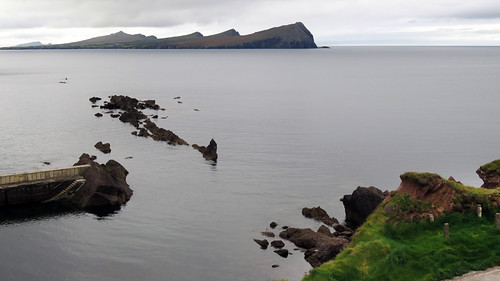 The note on the map was when I was complaining about buying rain pants especially for Ireland and the weather was so good I never got a chance to wear them. “Still,” I was told, “that’s good advice”.

The drive around the Dingle Peninsula: Starting from Dingletown we headed clockwise around the Peninsula stopping first at the Celtic & Prehistoric Museum, and then at Dunbeg Fort and the Famine Houses for a dose of some history. History can be pricey so we carried on for the scenery with a stop at the West Kerry Brewpub. We missed any more of the ‘sights’ in exchange for taking a one-lane detour, one of the many hidden gems we found when using the Wild Atlantic Way app. From there we went to Mt. Brandon and home to Dingletown and some well-deserved beer and Shepherd’s Pie!