Yesterday, instead of the ‘Full Irish’, Al had the French Toast with Strawberries and I had the Smoked Salmon with Scrambled Eggs for breakfast. Today we switched it around; it turned out that we had been both coveting each other’s breakfasts. 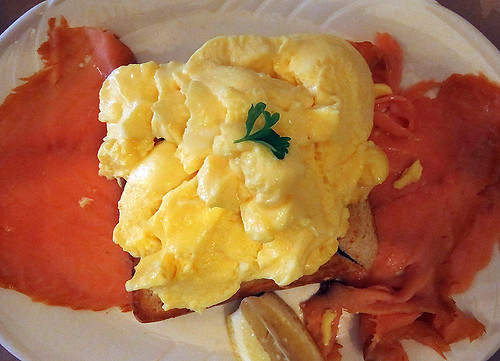 It was raining hard as we left Dingletown and headed out along the coast.

Our first stop was at Inch Beach, a long curving strand of sand. 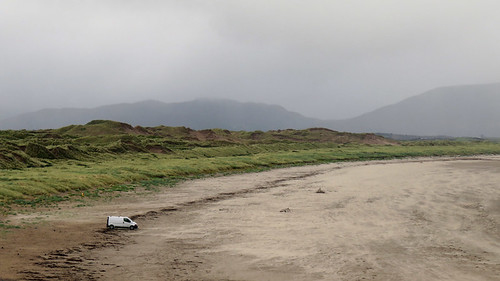 It was still raining hard but there were some hardy photographers out there capturing the wild weather.

As we came down towards Rossbeigh Beach the roads were paved with crushed purple-pink stone and when we saw the beach there were all stones, and wet from the weather so that their amazing colours showed up: dark dusty roses, muted deep greens with a dash of rusty orange. 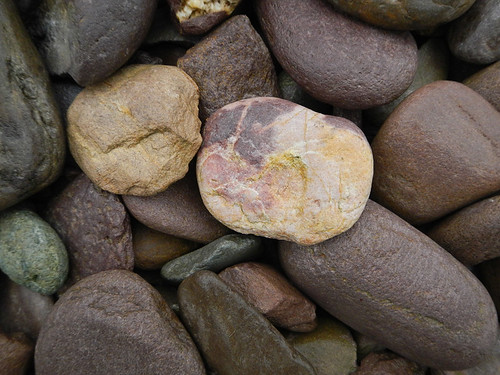 Carrying on around the Ring of Kerry, we spotted these impressive public toilets at Portmagee – so impressive they won the Top Toilet Award of Ireland!

This particular ‘Top Toilet’ was likely to remain impressively spotless as it was completely locked up. I was not impressed!

From Portmagee we detoured onto the Ring of Skellig, a ring within the Ring of Kerry. Some of the roads we were on were both steep and narrow – one-lane only, no buses allowed!

Driving instructions for this detour.

Rocky headland with yellow gorse on the Ring of Skellig. 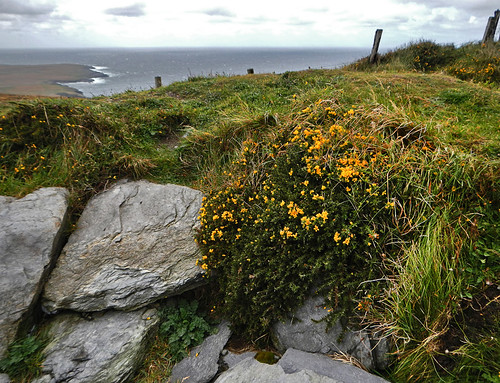 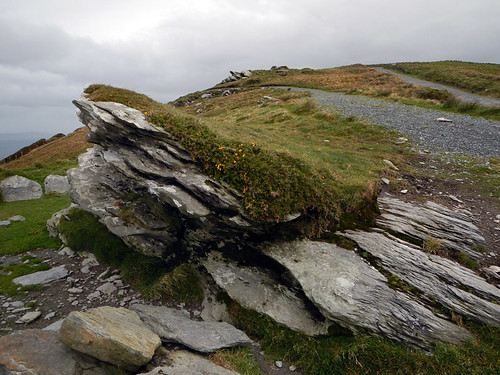 Valentia Island was a spectacular place, made even more so by the wild weather. 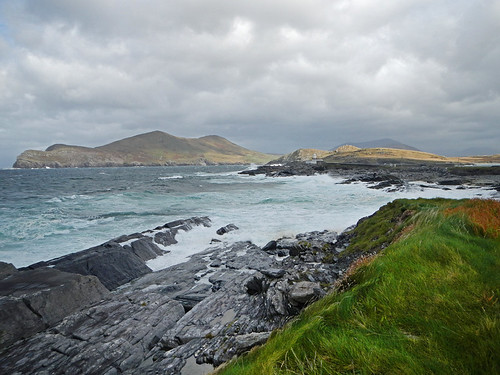 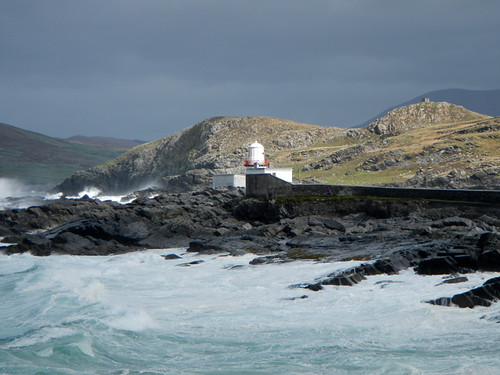 From here it was onto ‘Kerry’s Most Spectacular Cliffs’.

Artsy shot of this part of Ireland: The wild Irish coast run through the photo app Psykopaint followed by Stackables. 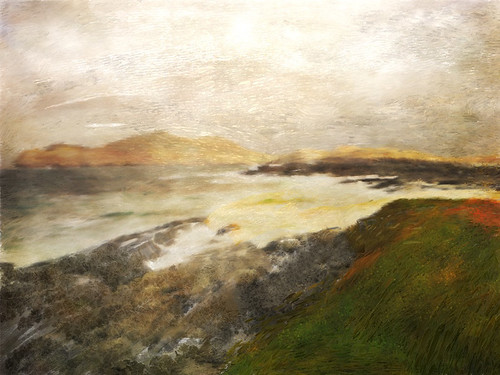