Several locals went out of their way to warn us about the pubs in the Temple Bar district saying they were strictly for tourists and way overpriced.

I would have to say that the Porterhouse Temple Bar was an exception to the rule.

They are actually a brewpub that make their own beer and serve up a variety of others (approximately 180 different beers from around the world!)

This shows some of their own line-up. 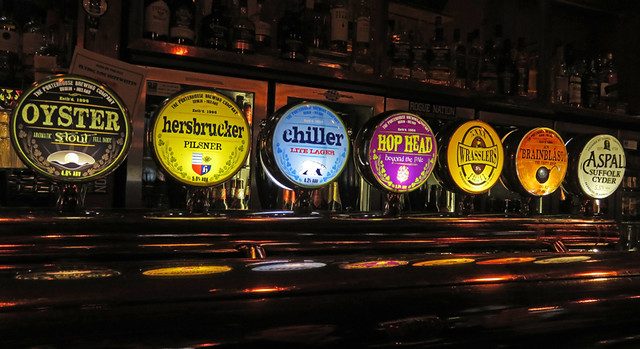 And the rest show up on the wall, shown off by the back-lighting. 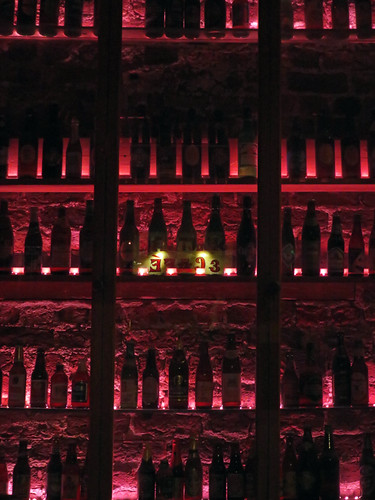 8° Hurricane IPA, one of our faves. 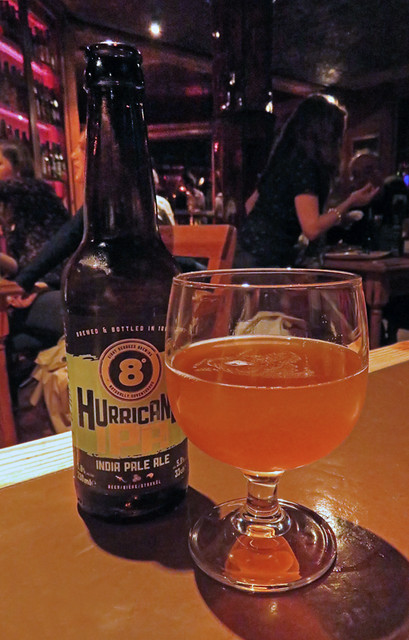 A band tuning up – in this photo they look like wax figures but I can assure you they are alive and play great Irish music. 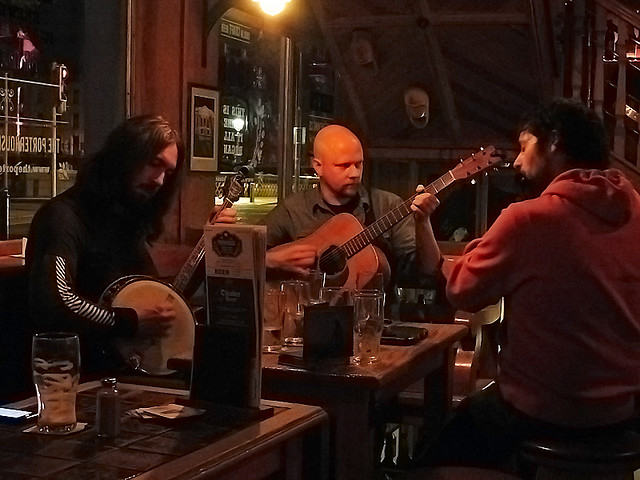 The food’s pretty good too. Al had BBQ ribs and salad.

I went for the Oysters Rockefeller. 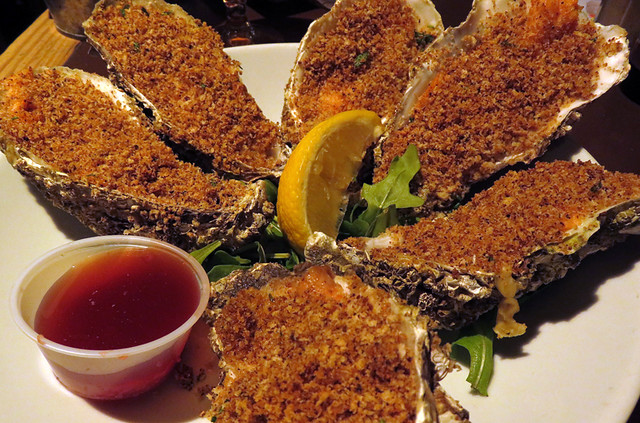 8° Grand Stretch beer at the Porterhouse Temple Bar, a brewpub in Dublin Ireland.

Hop Head beer is another of their great beers.

Google map of the Temple Bar District in Dublin, Ireland. The Porterhouse Temple Bar is on the far west of the map. (Click to enlarge.)

5 responses to “Porterhouse Temple Bar, a Brewpub in Dublin, Ireland”