The National Museum of Decorative Arts along with the Irish Museum of Modern Art are two free museums on the western side of Dublin.

We did both of them in one day and were pretty footsore by the end of it. I’m afraid we zoomed through the Decorative Arts Museum and didn’t take much in. I would visit both of them again but this time go for the Guinness Storehouse early bird special, Arthur’s Pub for a seafood chowder lunch, and then the Museum of Modern Art our afternoon stop (it doesn’t even open until 11:30). The oldest pub in Ireland, the Brazen Head, with music and personality, would make a good place to spend the evening. And I would save the National Museum of Decorative Art for another day.

At any rate we arrived at the Museum of Modern Art a tad too early. To kill some time we meandered about the surrounding park which had a modern sculpture garden, a classical garden, an open field and studio spaces for artists. 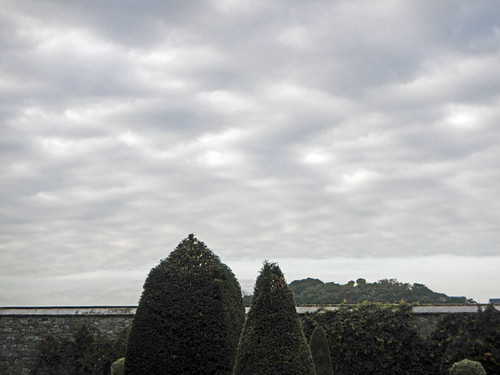 Classical and non-classical statues of women. This image was captured in the formal garden where we spent some a fair amount of time doing macros of the flowers. 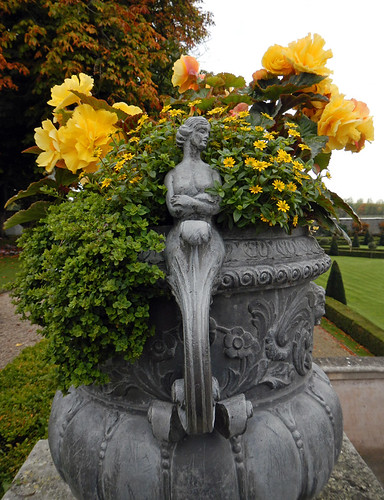 This more modern vision of feminity was in the sculpture garden. 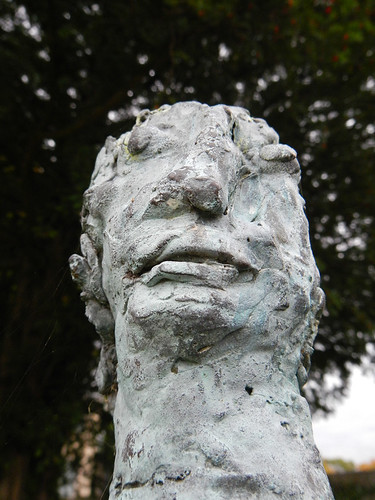 The bulk of the sculptures in this section were geometric in nature. 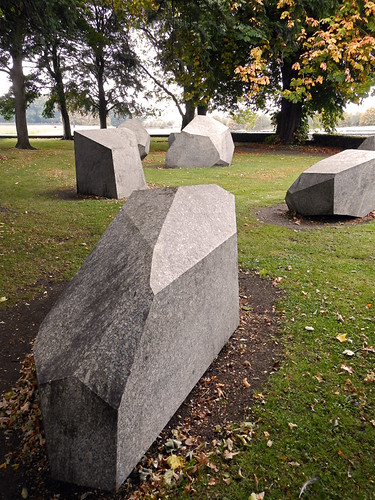 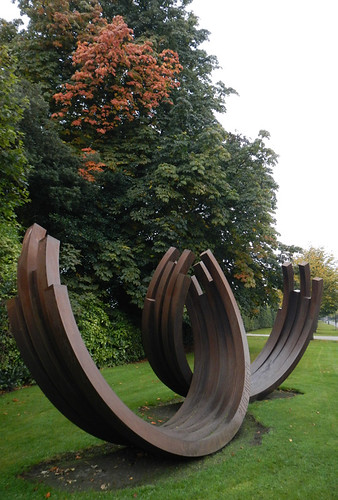 A statue of a crazy pan-beating rabbit in front of artist’s studios. 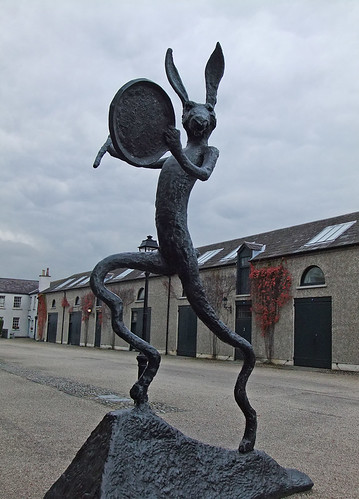 Inside several exhibitions were going on at the same time, with rotating schedules. When we were there the main exhibition was ‘What We Call Love: From Surrealism to Now’, all about surrealism and love and sex. Below are two Spanish artists, Picasso and Dali, and their views on the subject. 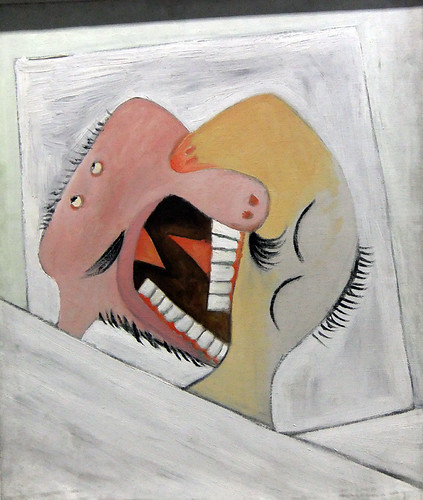 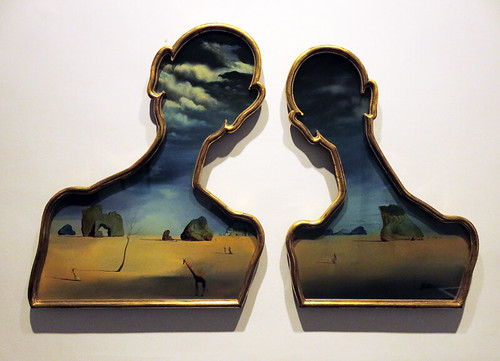 This may have been part of the exhibition. Or maybe part of a different one?! 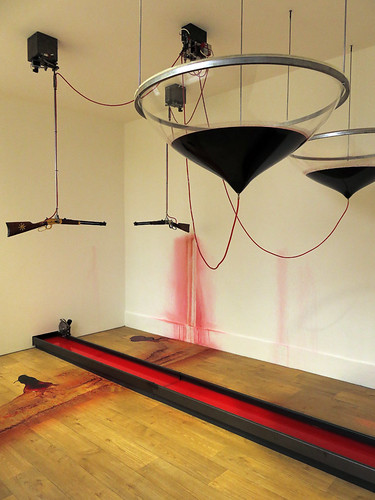 The second main exhibit  was ‘El Lissitzky: The Artist and the State’ featuring Russian artworks created in the 50s and 60s. This is part of an interactive exhibit where we were posing in front of one of the Soviet images. 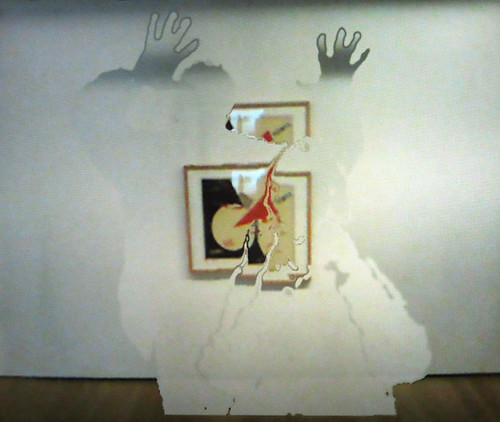 As noted above I would cross the river and do the Decorative Arts Museum on the second day, followed by lunch at L. Mulligan Grocer, a tour of the Jameson’s Distillery, and the Black Sheep pub at night. As it was we rushed through it and my photos represent my obsessions, design and jewelry. 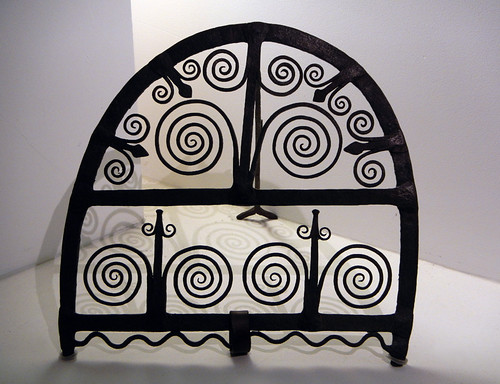 Jewelry in the form of a detailed gold cross set with an amethyst. 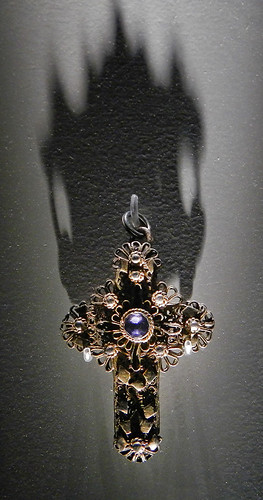 A modern piece of Irish jewelry.

Backside view of a clock. 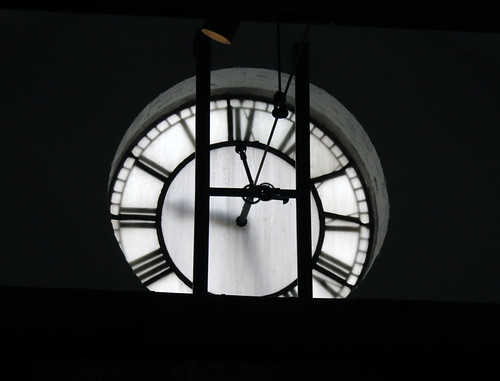 I took a lot of photos of this staircase; for me this was the most memorable part of the museum! 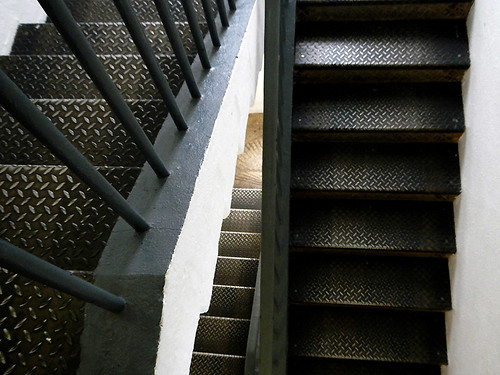