We were pretty pleased with ourselves when we spotted the Hole-in-the-Wall Pub hidden-away down a narrow alley during our afternoon wander round Kilkenny. 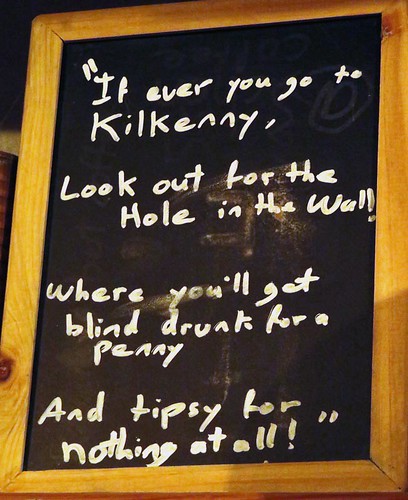 We were having a good time chatting with the personable bartender who told us a story about this tiny pub. 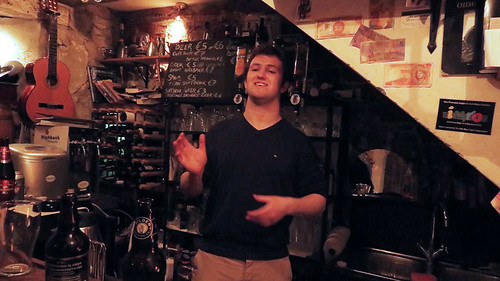 We ordered some craft beers, not the best we’d had but at least not Guinness. This is the Ruby Porter I ordered for its name: Revenge (Best Served Cold).

Al’s beer was by Hilden Brewing called the Twisted Hop.

Two New Yorkers arrived, one of them ordering Smithwick’s and the other a Shandy which the bartender fixed up using Irish Red Ale and 7-Up. Two more customers arrived, these ones from Seattle and it was getting cozy in there. Then two more who turned out to be from the same New York tour. And two more. And two more. All ordering Shandies or Smithwick’s…

We escaped and carried on around the town catching some of its sights in the golden hour such as this castle. 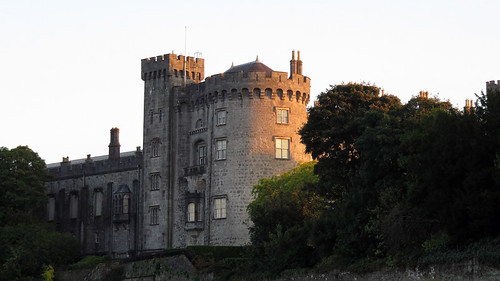 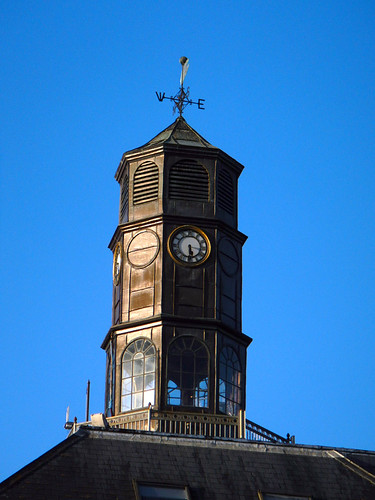 A wrought-iron fence featuring shamrocks leads into the Cathedral. 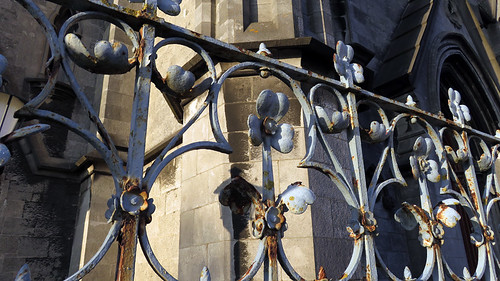 These two shots of the Cathedral are just slightly offset but the images turned out  completely differently. 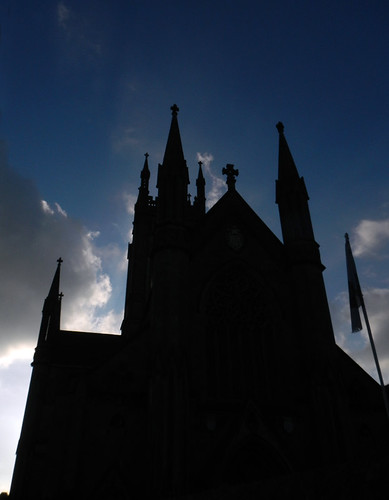 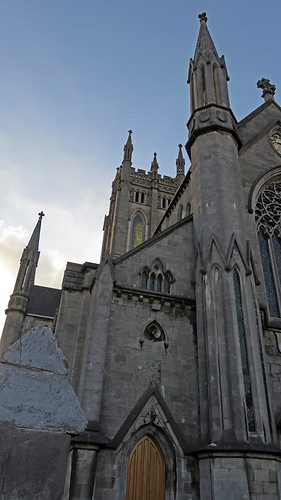 Smithwick’s mural on a building in Kilkenny, Ireland — that’s what everyone ordered in the Hole-in-the-Wall Pub so it must be made here. 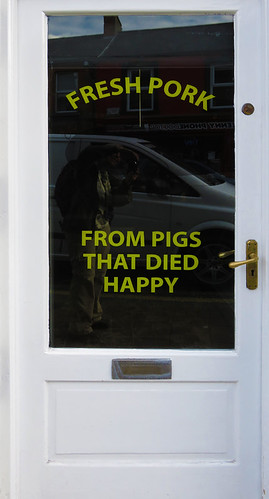 A tempting place for dinner. 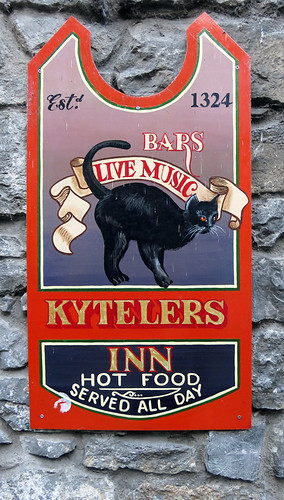 But Al had found Matt the Millers on his phone and wanted to go there. It was a good choice in terms of food – I had an excellent goat cheese and red onion chutney tartlet with a salad and Al ribs in a dark’ bourbon’ sauce. The beer selection was less enticing so I had a wine and Al something that he wasn’t too impressed with. 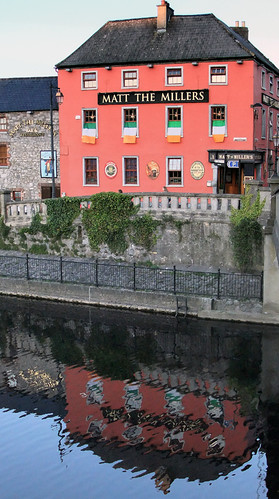 Two other places that were recommended but we didn’t make it to were Tynan’s Bridge House Bar (2 John’s Bridge) for its traditional music and the modern Langton House Hotel. And from our wonderful (but wacky) Air B&B host in Dublin who told us we must go to Daniel W. Bollard, a pub owned by his uncle seven times removed. We didn’t make it there either. Sometimes Ireland has a few too many great pubs, even for us!