Google ‘pubs in Dublin’ and you get a LOT of pubs!

Some say 800, some say a thousand or more. Really, who can keep count?

Working with the smaller guesstimate, we figured that six days in Dublin worked out to 120 pubs per day. Perhaps that’s a few too many, even for us…

At any rate, here is our attempt to do a cross-section of great pubs in Dublin! 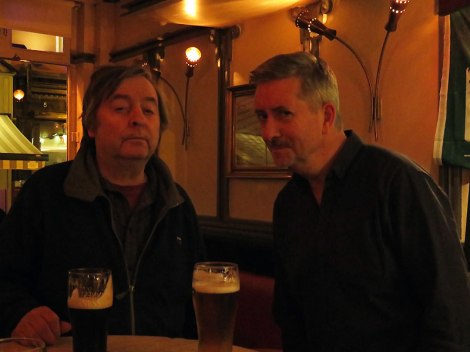 Dublin is known as the ‘City of Literature’. Googling specifically ‘literary pubs in Dublin’ and you get only 20 or so pubs, a manageable number. But to properly appreciate these particular pubs it is necessary to wade through masses of reading material.

Leopold Bloom in James Joyce’s Ulysses had this to say about pubs in Dublin, “a good puzzle would be to cross Dublin without passing a pub.”

My response to Leopold would be, “Why would one want to?”

However I did find some fun articles about Dublin’s literary scene and its pubs, and we decided to take one of the ‘literary pub’ tours, where the literature comes in palatable doses and can be washed down with a pint of beer.

A friend suggested that we choose our pubs via their music, thus enjoying two Irish institutions in one go. I’m afraid we missed all of these so giving us good reason to go back to Dublin.

The Guardian’s ‘Ireland’s best pubs and music bars’ has this to say about Dublin’s music scene: “For the best traditional music and a pint of Guinness, hop across the Liffey river to the The Cobblestone (77 North King Street), a real locals’ spot, which is heaving all week thanks to non-stop trad, country, folk and bluegrass sessions. But with Dublin in the midst of a cocktail revolution, it’s in the new speakeasy-style bars that you’ll find the cool crowd hiding from the tourists. The Liquor Rooms (7 Wellington Quay), underneath the Clarence Hotel, is one of the more recent openings and has an out-of-hours Parisian bordello feel, thanks to the red walls, low lights and artfully worn-in decor.”

This is my speciality, I love the atmosphere and the fact that most of them are pretty photogenic.

First up, The Brazen Head, as it makes several lists…

A short walk from Christchurch Cathedral and The Guinness Brewery, it is well worth a visit. 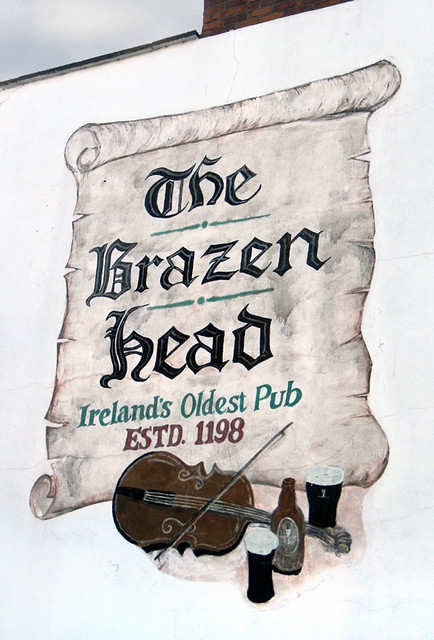 Irish Central’s ‘top five historic pubs in Dublin City’ lists the Brazen Head, along with Johnnie Fox’s, Stag’s Head, John Kavanagh’s and Mulligan’s as the best in the city. 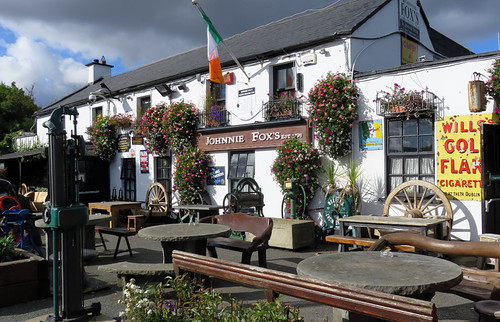 We only made it to the Brazen Head and Johnny Fox’s which is out of Dublin proper. We happened upon Johnny Fox’s on our way back to Dublin after a 25-day road trip around the country and can report that it is well worth the visit with lots of atmosphere, great food and an excellent choice of craft beers.

Of course you can’t go to Ireland and not drink Guinness. And I’ve heard it on good authority (my next-door neighbour) that Guinness is at its best in Dublin.

I have to admit that it’s not my favourite beer although I do love the creamy ‘nitro’ foam on top. The beer itself I find too thin. However chances are it may be the only thing available in some places so if you’re in Ireland it could be time to acquire a taste for it.

And even if you’re not into the beer visiting the Guinness Storehouse is a total must-do for anyone traveling through Dublin! 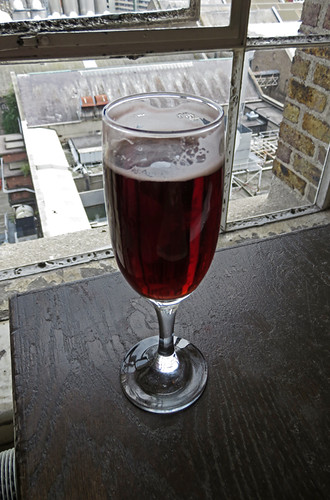 Guinness takes this seriously, and has extended its reach elsewhere in the world by joining with a company to produce the irishpubconcept.com.

From their site: “At the core of every successful Irish Pub lies the Perfect Pint of Guinness.”

Places Where Beer is the Focus such as Breweries and Brewpubs.

This is Al’s speciality and I have to admit I loved his choices!

On our first night in Dublin our hosts pointed us in the direction of Arthur’s, where “you can get a decent pint and good fish and chips”. This was later recommended by several others and so now I’m passing it on to you.

The Black Sheep Pub  and L Mulligan Grocer were Al’s craft beer pub selections. The Black Sheep pub was affiliated with Galway Bay Brewery and had a ‘minimum 24 beers on tap’. L Mulligan Grocer had over 20 taps and 4 casks so it was no slouch in the craft beer department either, plus it described itself as a ‘gastropub’ so there was an excellent selection of intriguing food as well. 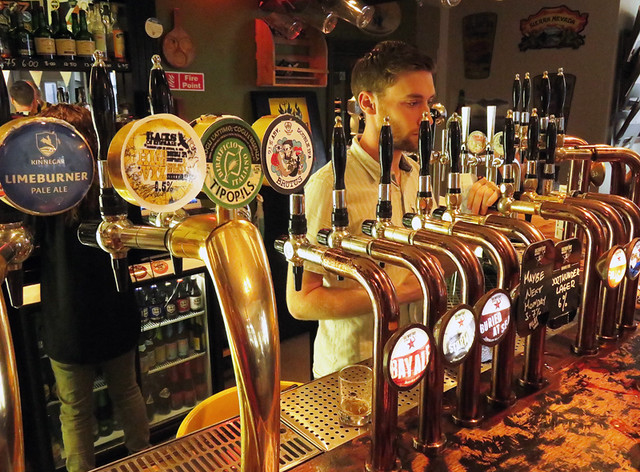