Dead Horse Point gets its name from a horse that died within sight of water, unable to reach it.

Enroute to the state park we passed two ship-shaped buttes ‘Moniter’ and ‘Merrimac’, floating in a dry desert ‘sea’.

We admired Dead Horse Point in the early morning light, which for us was at 8:45. 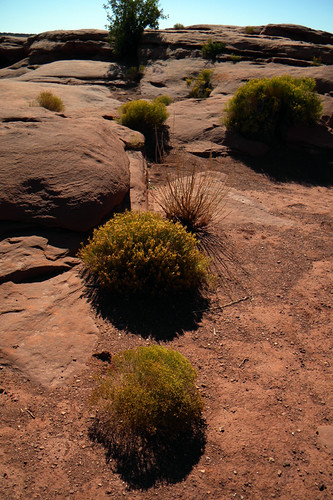 Desert plant life is a wonder as to how it survives with so little water; the varied structures it uses to do so are fascinating. 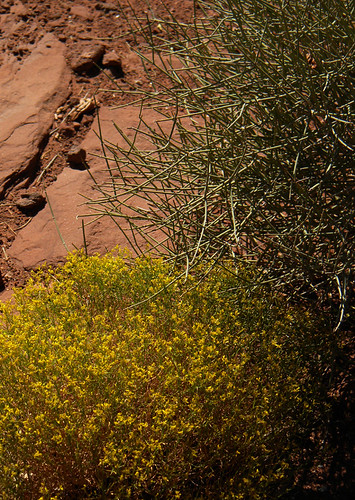 This state park overlooks the snaky green Colorado River. This is the massive flow of water that the ‘dead horse’ saw but was unable to reach.

It is amazingly dry out there, and the horse’s death should have been taken as a warning to us as we were planning to hike in this parched country. (In fact, shortly after this we received a brochure entitled ‘Don’t Die Out There!’ from the Ranger Station in Paria.) 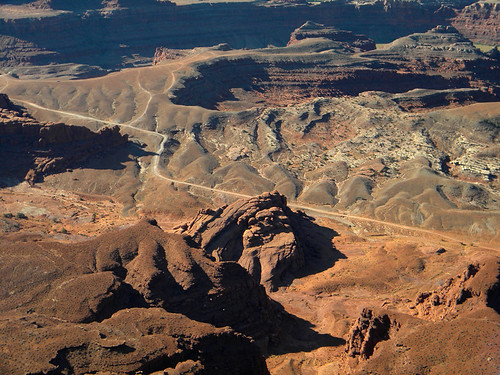 This is our ‘early’ morning view. From here we raced on to Canyonlands to try and catch the sort-of early morning light there. 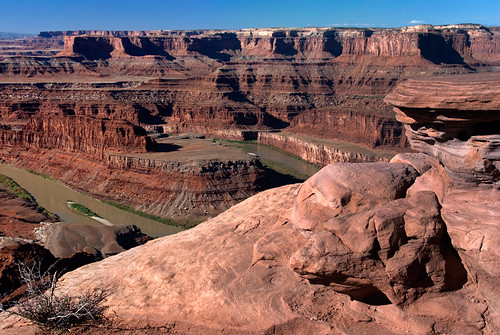 After exploring Canyonlands for most of the day we came back to Dead Horse Point, this time hoping to catch the late afternoon light. 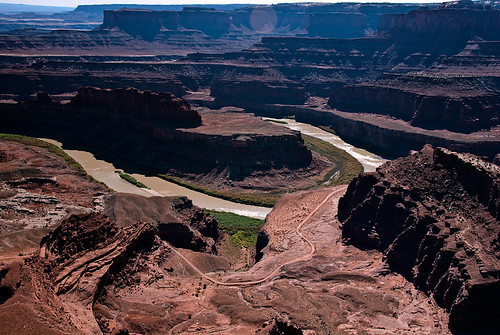 Dead Horse Point State Park is in the state of Utah. We stayed in Moab and drove the scenic route through Dead Horse Point on our way to the north entrance of Canyonlands National Park.