We admired Dead Horse Point in the (fairly) early morning light  and then raced to Canyonlands, hoping to catch some  more of that morning light.

But at Aztec Butte I noted ‘too tired’ on our map. There was a trail leading into the area and then you had to climb up to see the ‘Aztec’ version of a built-in kitchen. But we were still wiped out by our hike in Arches National Park two days earlier and too burnt-out to climb. 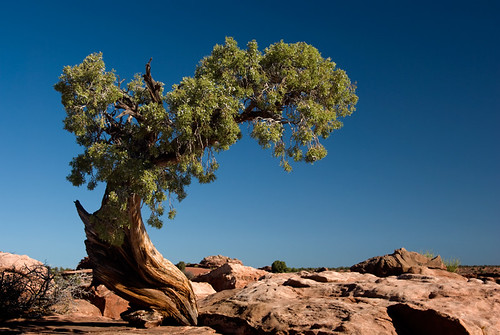 We had lunch No. 1 at Upheaval Dome where we met a couple who told us they had been stunned by the red sky the previous night, which they had watched from a supermarket parking lot in Moab. 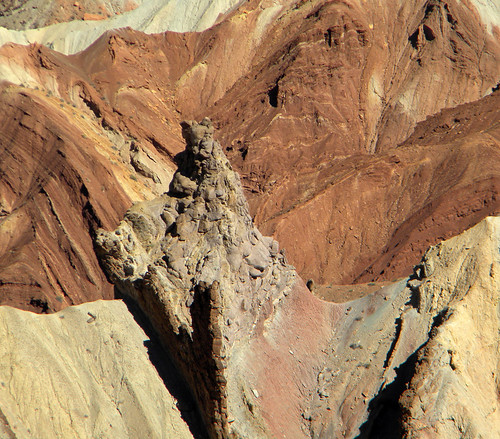 Beside us a man commented, “That’s a damn big hole!” At one point a man was sitting on the edge of this ledge with his wife yelling at him to get off; then Al had to do the same damn thing!

This red sandstone canyon carried on into the distance. 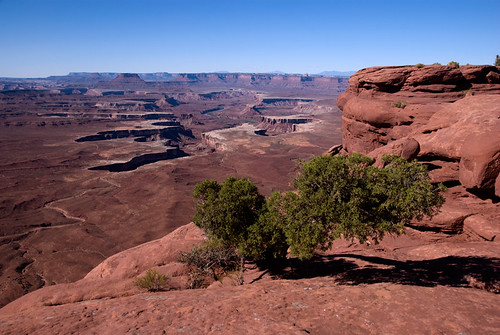 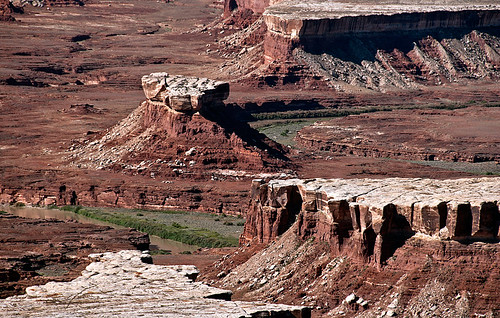 My notes say, ‘Mesa Arch, best at dawn; we didn’t make it’. By the time we arrived at Mesa Arch it was after lunch so there was no watching the sun rise under the arch. Still, it looked pretty good. 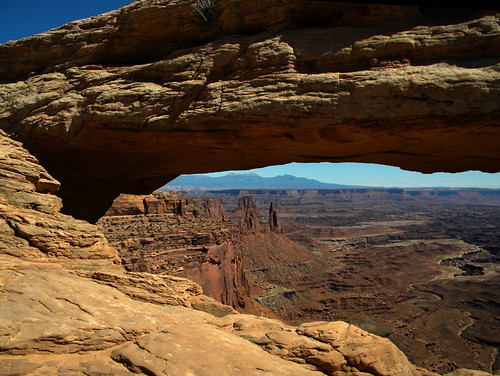 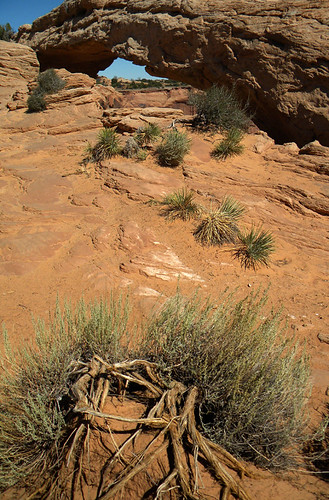 Map of the day’s routes.

From here we drove back to Dead Horse Point to catch the evening light and spent the evening in Moab having an unmemorable meal.