Of course, Utah’s definition of ‘sin city’ is very different than that of Nevada’s next door.

This funky little town is best known as the gateway to two of the most spectacular National Parks in the US: Arches and Canyonlands. Plus there’s a ton of other things to see and do in the area. 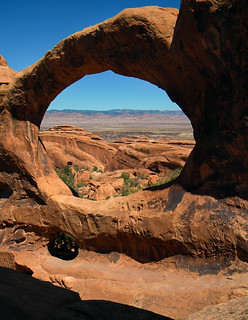 An added bonus is that the liquor laws are considerably relaxed compared to the rest of this Mormon-dominated state, which is why it is known as the ‘sin city’ of Utah.

We arrived in Moab earlier than we had expected, booked into the Lazy Lizard Hostel and then set out for the National Park Center where they handled bookings for the ranger-led hikes into Arches National Park. Earlier we had decided to book the three-hour hike into the ‘Fiery Furnace’ the next day (Tuesday); hopefully in the late afternoon as this was the best time for photos.

An info board on the wall scuttled those plans, stating that all of Tuesday’s hikes had been booked, and all of Wednesday’s as well. The only available bookings for the hike were on Thursday, two days away. But Thursday was the day we were leaving Moab so it looked like there was  no Fiery Furnace hike in our future.

While waiting in the line to find out what we might do instead, I overheard one of the rangers talking to a couple about the Fiery Furnace hike, explaining that they would have to be able to leap at least two feet over gaps, and scramble up rocks. Hmmm, maybe I wouldn’t have been able to do it anyway.

Checking the ranger website it says: ‘Exploring the Fiery Furnace requires stamina, agility, and a good sense of direction’. Definitely doesn’t describe me so it was probably good I missed it! (The park office page for the Fiery Furnace hike.)

When it was our turn at the counter we got an enthusiastic volunteer who handed us maps along with great ideas on how to spend our time in the area. Her first thought was that if she happened to have a free afternoon (like we just happened to have), she would be to go down Highway 128 all the way to the end, stopping on the way back at the Red Cliffs Lodge for dinner. 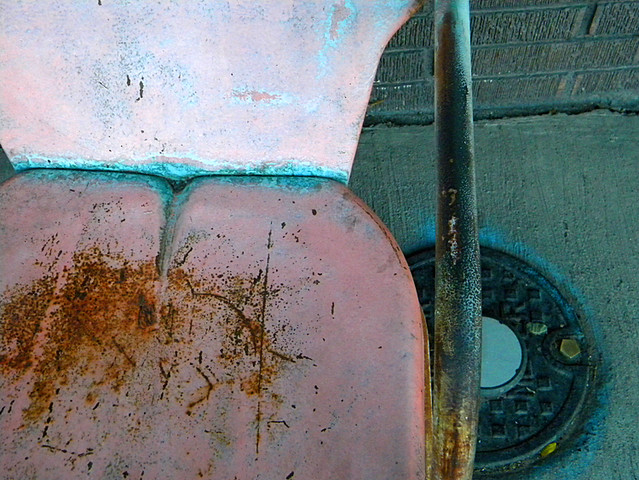 At the pub in town we learned that Moab is known as the ‘sin city’ of Utah. Until 2009 there was a $500 fine for serving people alcohol over the counter. The new laws allowed alcohol to be ordered, merely requiring that one ordered food to go with those sinful drinks. And chips and salsa counted as food. YAY!

Moab even has its own brewery!

This is where we stayed for a few days – at the time the private double room with a shared bathroom was $25/night. We really loved this place, especially the kitchen/lounge area where we could share experiences with other hikers and also store/prep food.