Yesterday we did the Canyonlands National Park North, today we entered the park via the south entrance.

I noted ‘photo ref’ on this sketch of the rock formations on the way to Canyonlands. But I can’t find that photo and may have deleted it – it appears that this day very few of my photos turned out. 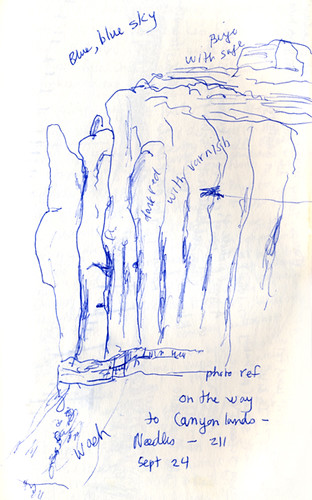 That’s because, even though it was two days after our tortuous 12-mile hike in Arches, I was still exhausted both mentally and physically. 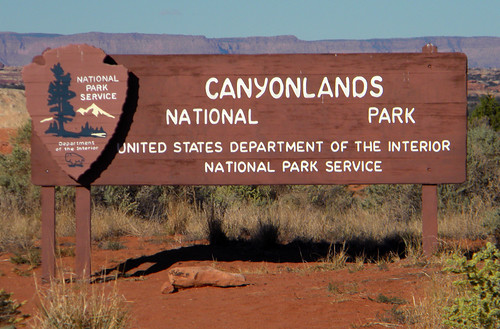 I made very few notes on my map (bottom of post); at the Canyon Overlook, I simply wrote, ‘Too much information to process’ . 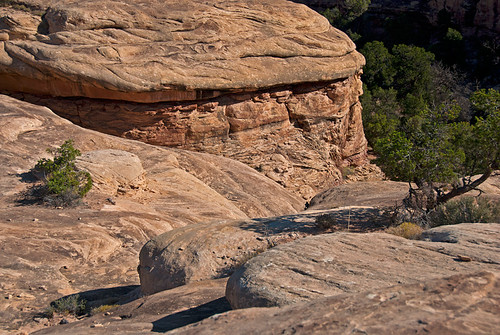 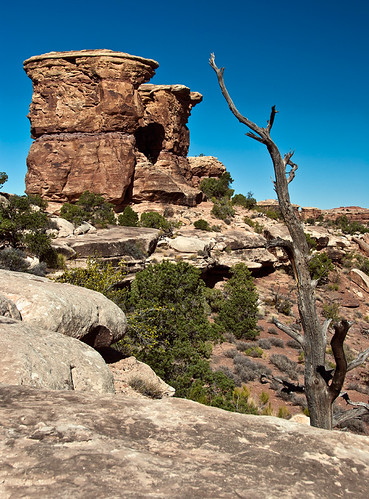 Another note, ‘white sandstone is harder than red, resulting in mushroom cap formations.’ 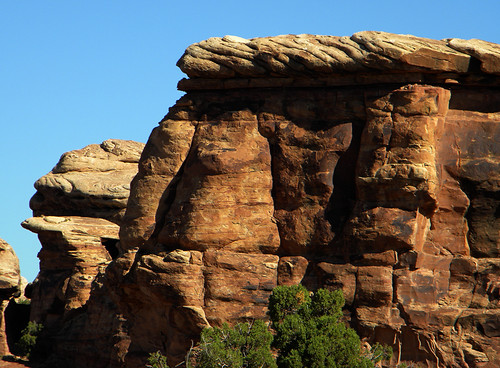 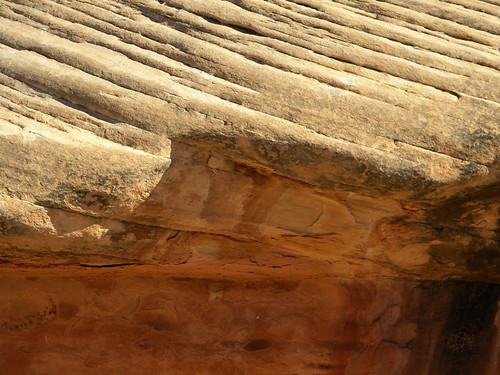 One thing I do when I feel I’m unable to go any further is to sit down, pull out my sketch book and refuse to move. Hmmm, seem to have a number of sketches of this place. 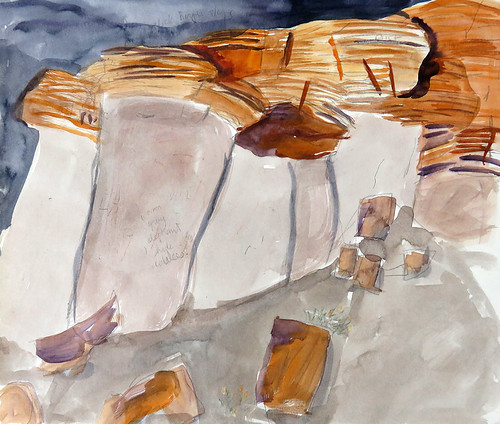 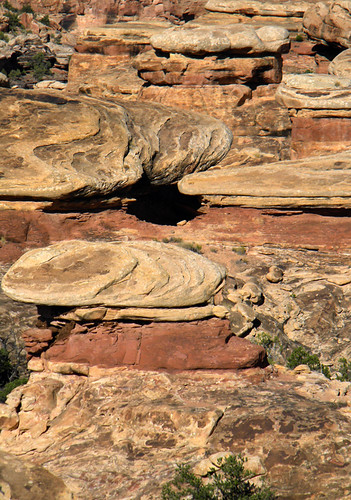 It appears that I can still sketch even when brain dead and exhausted – it’s kind of meditative. Here’s some sage and rocks. 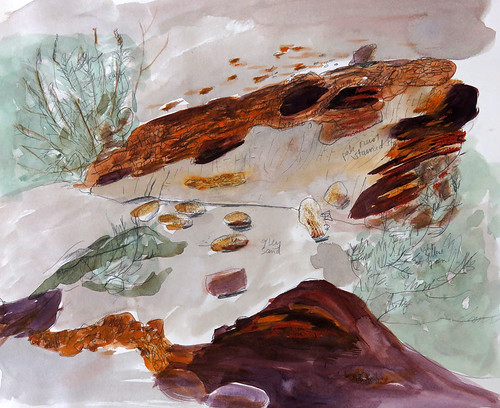 My notes on the map of Canyonlands for that day – I see a sketch of ‘The Needles’ but can’t find a single photo of them, sorry.

On September 24 we stopped in at the south part of Canyonlands on our way down to Mesa Verde in Colorado. Our next stop was at Newspaper Rock, a collection of petroglyphs (the bottom right of the map above).