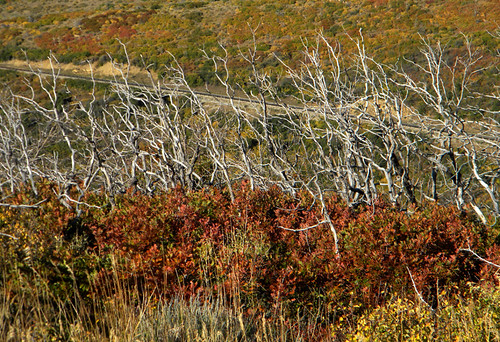 Mesa Verde National Park in Colorado was a distinct change from the dry dusty desert lands of Utah – the hills were a tapestry of fall colours topping a pale sandstone ridge.

Just below this burnt-out section, I spotted my first cliff dwelling and thought, ‘How on earth did they get up there to build that?’ The builders were the ancestral Pueblo people, who originally settled the land on top of the cliffs, and around 1190 A.D. started building homes and even villages within the cliffs themselves. 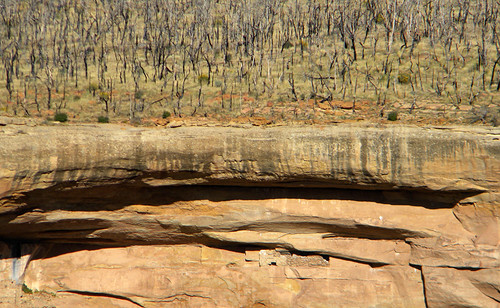 At the campsite it was a challenge trying to set up our tent in a strong wind – one of the French women we had met in our Moab hostel had warned us of the strong winds, “Du vent!” she cried as she described with her hands their tent blowing away in the wind.

Once we were set up we stopped at the the Visitor Center and booked two ranger-guided tours for the next day, one at Balcony House at 10 in the morning and the other at Cliff Palace for 5 o’clock in the afternoon.

It was late afternoon by the time we made it to Spruce House, the easiest of the cliff dwellings to access. It didn’t require a ranger for a tour so we were able to wander about on our own.

After our experience with the strong winds at the campsite I could see why these ancient peoples would want to build within the sheltered cliffs but, upon viewing the Spruce House dwellings close-up, I still couldn’t figure out how they managed such a feat. And Spruce House was supposedly the place with the easiest access! 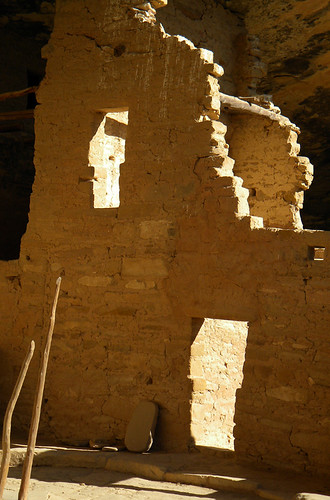 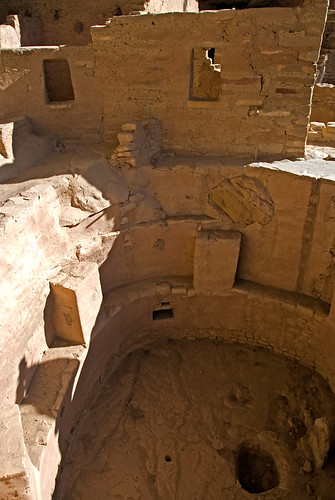 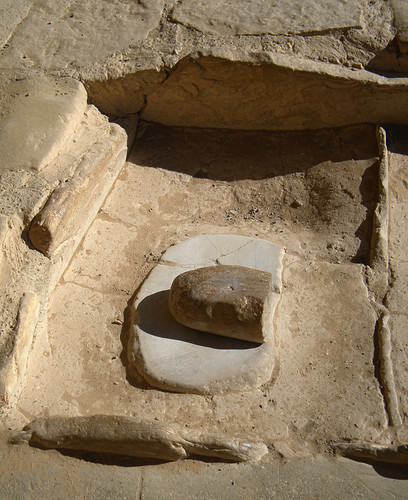 The Spruce House complex was built overlooking a communal patio with access to a ceremonial room called a ‘kiva’ below. This ladder leads up from inside the kiva room.

Although the country had the same dusty red rocks as Utah it was considerably more verdant and habitable. Its name is the clue; ‘Mesa Verde’ roughly translates to ‘Green Table(lands)’. 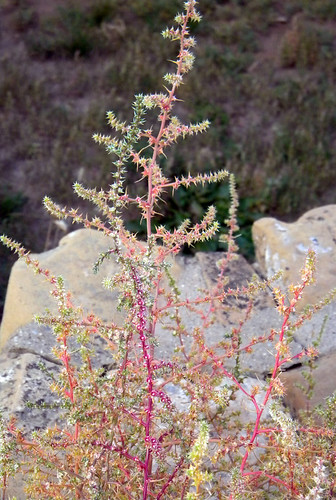 The yellow flowers of Rabbit Bush. 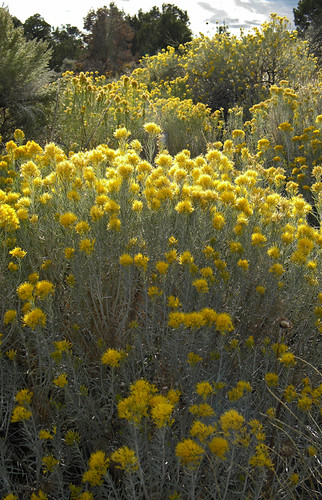 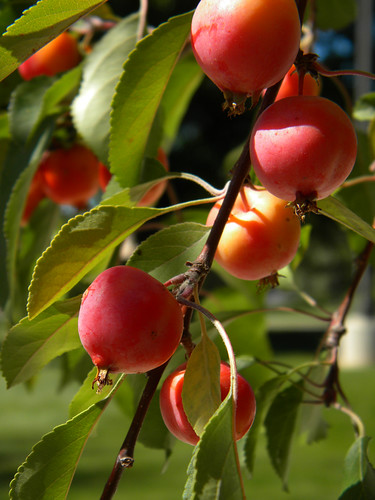 Back at our campsite the ravens were playing on the thermals. We watched this ‘airshow formation’ for awhile, then had dinner and went off to the evening show.

We were wrapped in our sleeping bags, sipping the hot chocolate (free) and the huge cookies with mega chocolate chunks (also free) as we watched the evening program, an hour and a half preview of Ken Burns’ new series ‘The National Parks’, where the ranger host told us he was “paid in sunrises”.

Note: going through my photos nine years later, I was often confused about the different cliff dwellings, especially the larger ones; they all looked similar from the distance. From my notations on the map they gave us I knew that we had toured Spruce House first so I’m assuming that the first photos are of Spruce House. I also referenced this site whose author obviously kept better notes than me about the places: http://www.southwestdiscovered.com/mesa-verde-day-2-east-side-part-one-with-balcony-house-spruce-tree-house-and-chapin-museum/

I saw this necklace, maybe in the gift shop? Again, no note, but I like it so it goes in here! I believe it’s of Pueblo Indian design.

September 24. In the morning we drove from Moab in Utah down to the north entrance of Canyonlands National Park exploring the area called The Needles. The early afternoon was spent at Newspaper Rock with its wall of petroglyphs and then headed for Mesa Verde National Park in Colorado, famous for its cliff dwellings, where we camped for two freezing nights.

9 responses to “Into Mesa Verde & Its Cliff Dwellings (Colorado)”