It was freezing in the night and by morning frost had formed on the car windows. I had snagged a frappacino the day before for my morning caffeine fix; after that freezing night it was extremely frappé.

It was a 20 mile drive to museum from the campsite and there were a number of viewpoints along the way. I believe this is Viewpoint 1, Montezuma Overlook, at 8:15 in the morning. Such a remarkable thing to see – how on earth did these ancient Pueblo people ever manage to build their homes within slots on the cliff walls?

We had a 10:00 appointment to view the cliff dwelling called Balcony House. This was much trickier to access than Spruce House which we had visited the day before. Balcony House required both a ranger and no fear of heights or tight enclosed spaces. This was the three-storey ladder that we all had to climb up to get to it. 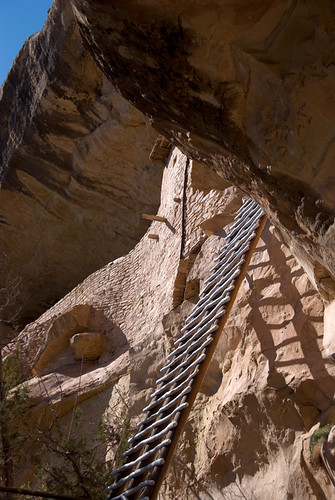 Once we made it up into the cliff Ranger Bob kept up a brisk pace, admonishing us with, “A good picture is a quick picture.”

“What do you think it was used for?” he asked about a log pole pointing towards the sun. Some joker (me) answered, ”laundry?” (and of course was so pleased with myself I don’t remember what it was actually used for!) 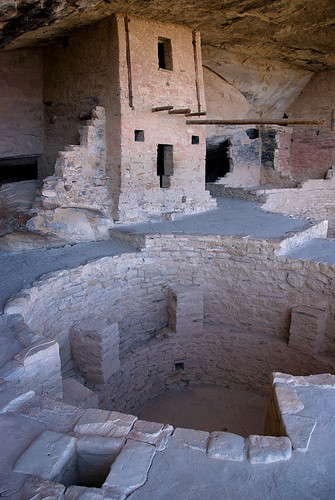 Here are some details from the stone and adobe construction of these dwellings. 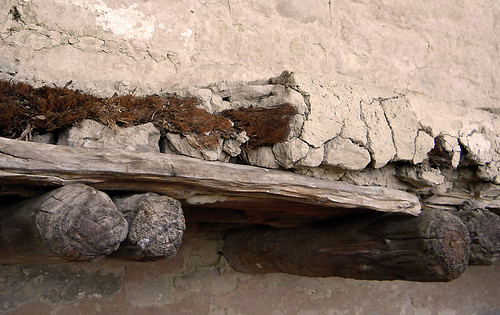 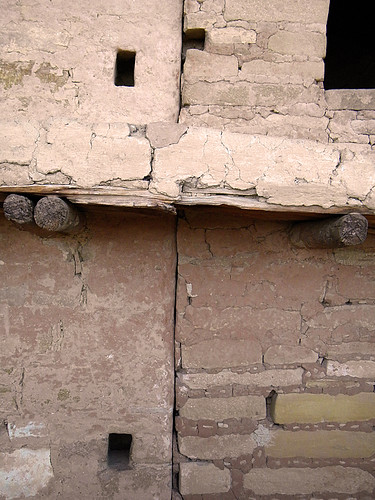 There was a large space within the underground ceremonial kiva, its use unknown. I thought it was probably used to store logs but some joker (not me) suggested, “a big screen TV!” 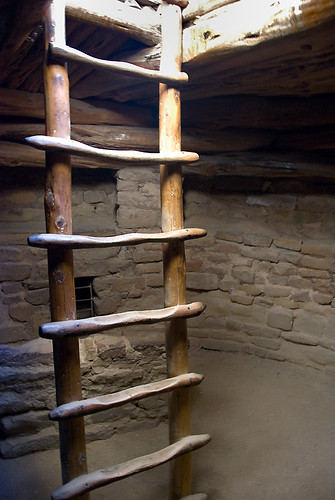 Getting to and from the ‘village’ in the cliff was done via climbing ladders and steep narrow stairways and crawling through a long tunnel. 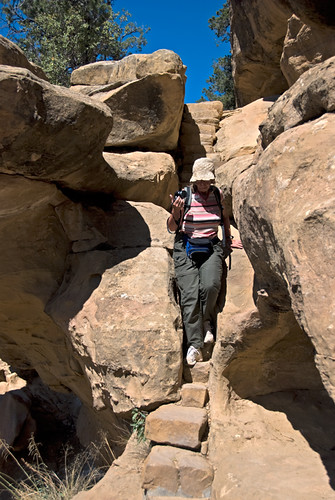