The night before All Souls Day, November 1st.

Which is the day before All Saints Day, November 2nd.

Which is the day that Mexico celebrates as el Día de Muertos, The Day of the Dead! 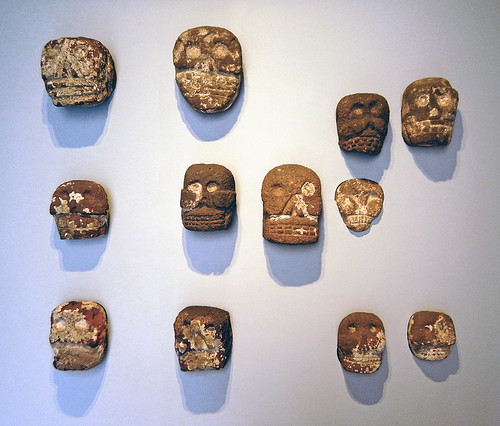 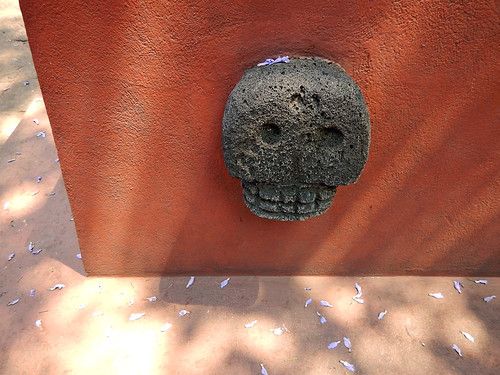 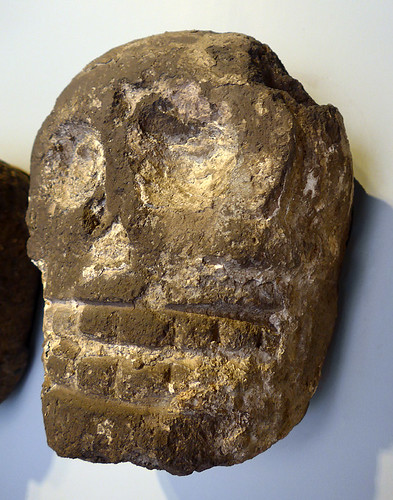 Near the Templo Mayor in Mexico City, I saw this dancer dressed as a skeleton with an extraordinary feathered headdress above his masked skull. 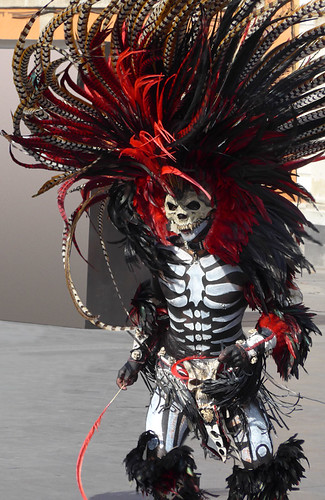 This love for skeletons and skulls has carried on into the present, as this up-dated skull on a hoarding demonstrates. 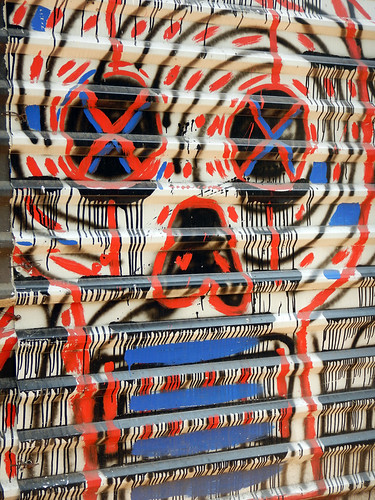 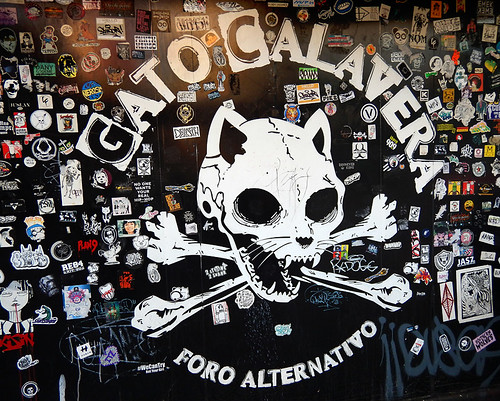 This Caterina, a stylish ceramic skeleton with a feathered hat, resides in San Angel, a suburb of Mexico City. 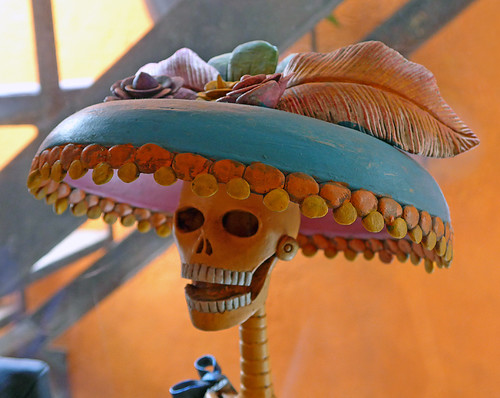 A couple of well-decorated sugar skulls for munching on, and also for putting on altars for Día de Muertos.