As we were in the process of decamping from Mesa Verde, this old guy came by to check our camping permit. “Boy, you’re in trouble ,” he said, shaking his head as he examined the permit. We were both mildly alarmed.

“Don’t you know it’s women’s work to be breaking up the camp?,” he exclaimed to Al, “Gosh darn it, now you’re ruining it for the rest of us guys!”

As we’re leaving a Bambi bounced out of our way – it was the first wildlife we’d seen in the vicinity.

For breakfast we headed to Denny’s in Cortez. The previous night wasn’t nearly as cold as two nights earlier and I had overdressed so that by the time we reached Cortez I was sweltering in my jacket.

At Denny’s we ran into another character who had his newspaper page open at the 60th Anniversary of Mao Tse Tung’s death, and collared everyone that came into the place with a joke, asking, “was he cremated, buried or stir-fried?” 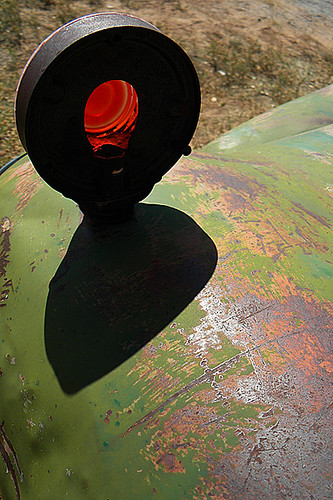 At the Hatch Trading Post we checked out the Navajo blankets, thinking they might be good on those freezing nights when we’re camping. They were beautiful but ran between three and six thousand dollars so possibly not suitable for any of our camping trips. I loved the necklaces too but they were also expensive, two to three thousand dollars although at this price even the stones were hand-cut.

There was a humming bird trapped inside the store. When I told the clerk about it he said, “I know. But when they come in like this you just have to wait until they tire out a little before you can catch them.”

It was here that the scenic route started and it was suddenly hot, hot, hot; our bottled water tasted disgustingly of infused plastic. We ordered iced coffees at Cambridge Expresso Bar to cool us down before we started our hike into Butler wash.

Tiny lizards scurried out of the way as we wandered down a trail. A six inch lizard had a black stripe through its belly and we managed to capture a shot of it; we later learned it was a green collared lizard. 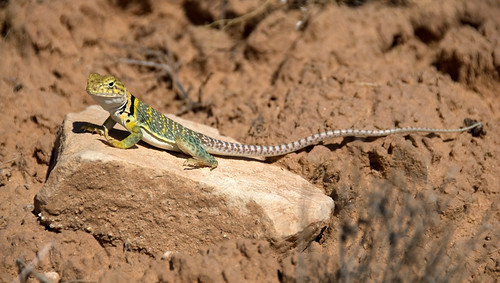 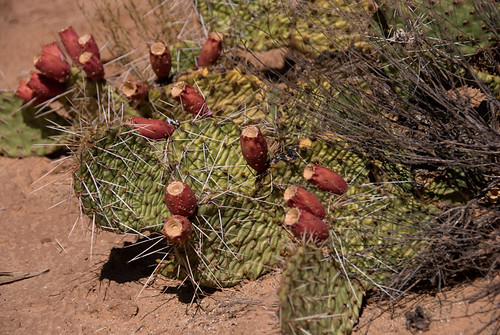 At the end of the trail was another set of dwellings built into the canyon walls, similar in style to those at Mesa Verde but a lot easier to get to. 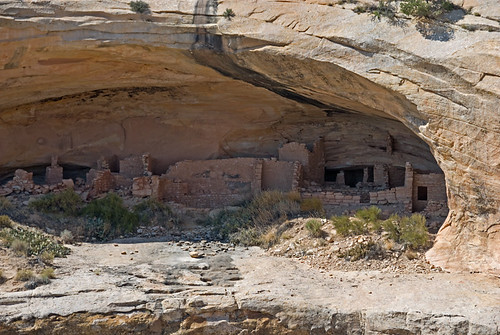 At Natural Bridges National Monument an artist was getting blown away by the scenery. 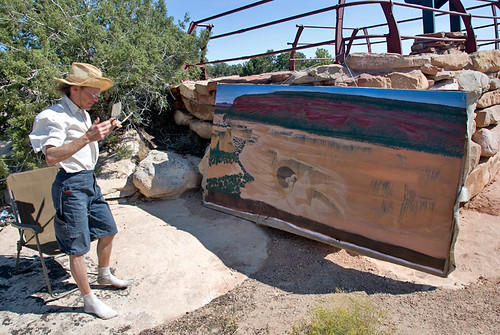 Literally – he almost lost his hat, his chair and his painting to the wind! 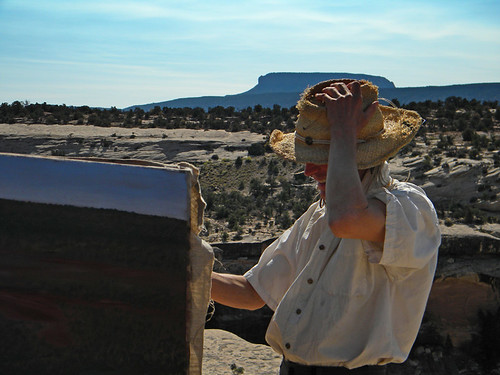 We hiked to see the last stone bridge at the National Monument. 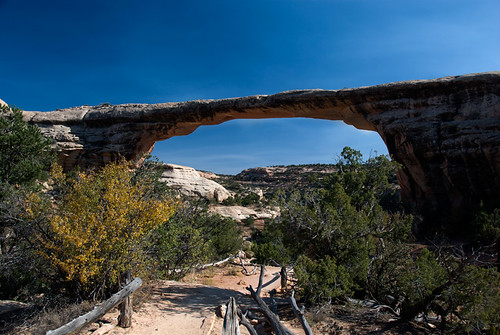 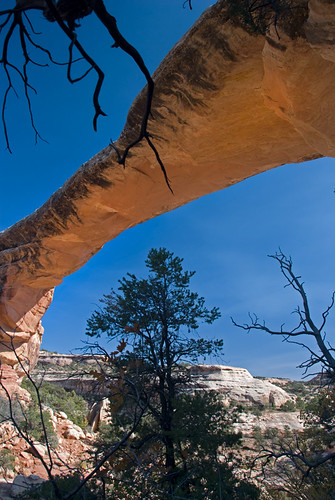 From here we carried on down the ‘scenic byway’, a stretch of solid green juniper and piñon (source of the high-calorie pine nuts), not all that spectacular-looking until we came to Moki Dugway.

Decamping from Mesa Verde in Colorado we headed back into Utah following the scenic route (where an artist was literally getting blown away by the scenery), down Utah 216 (aka Moki Dugway) to Mexican Hat and camping at Goosenecks State Park. Lots of ground covered today.

3 responses to “A Scenic Drive through Southern Utah”