After spending the night in Page, Arizona we headed out BLM in Utah for the ‘Lottery’.

We made it to the Paria Ranger Station in Utah by 8:20, excited about the 9 o’clock lottery for an entry into the coveted hike known as ‘The Wave’. 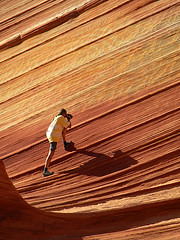 There were a ton of people there already and, as someone commented sourly, “They just keep coming and coming.”

Only 10 people per day are allowed in, and I suspect that there were at least 90 people or so entering the lottery. At one point everyone except the ‘group leaders’ were kicked out of the office because fire regulations only allowed some 30 or 40 people inside. That included me as it was Al’s name on the lottery ticket.

10 minutes later Al came out and told me we had won, we were two of the ten people allowed in!  We eagerly paid our $14 for the permits, and were handed a detailed topographical map, a set of pages with photographs showing exactly where to go, and a brochure entitled ‘Don’t die out there’. Bonus!

The Wave is only one hike out of many in that region of the States, riddled with amazing places. Someone mentioned that Buckskin Gulch was a great ‘practice’ hike for the Wave. As it was still early by the time we had finished all the forms we decided to hike the Buckskin Gulch.

Scattered cow bones were the first sign that we might not have chosen the correct route to the Buckskin Gulch.

We followed the wash most of the way. In the open areas the mud had obviously been wet and at some point had dried completely. It sounded as if we were walking on broken porcelain, crunch, crunch, crunch. 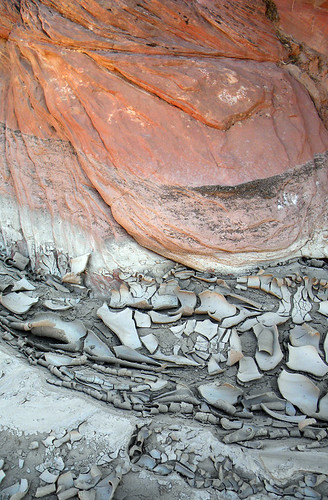 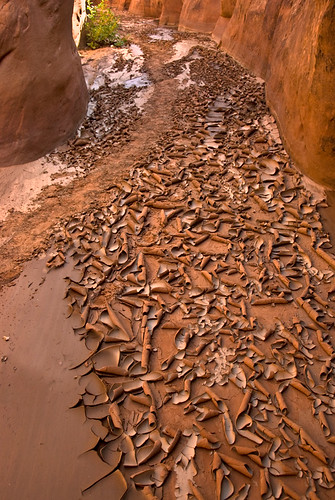 Now that we were (more or less) there, the signs at the Ranger Station finally made sense. ‘Buckskin Gulch – 9/20 Flooded; 9/23 Knee-high water’. 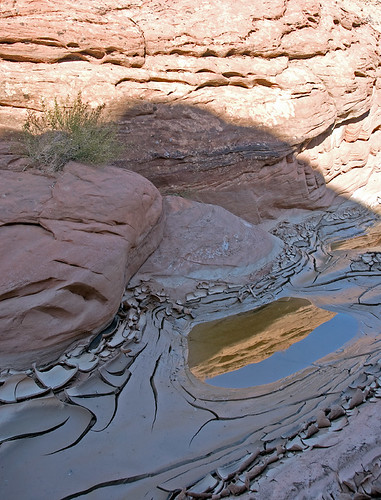 The following day we met a man who told us that the water had been chest high in places when he hiked through Buckskin Gulch with his brother only a few days earlier. 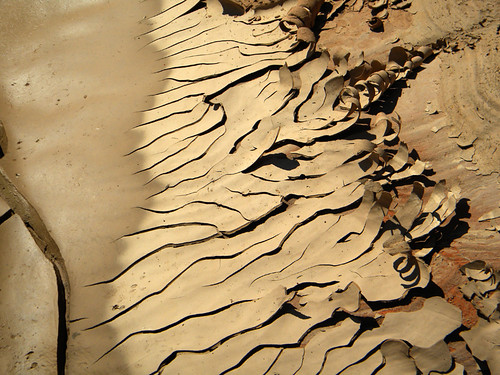 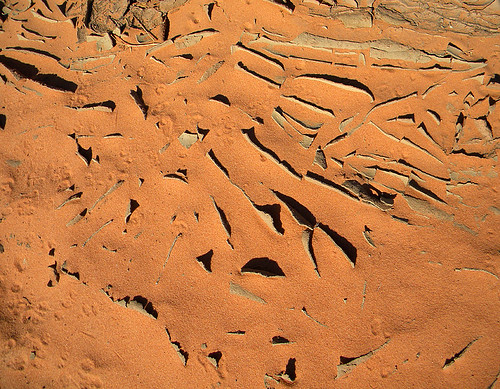 The Gulch is a slot canyon and slot canyons are prone to flash floods – that’s what creates them and makes them so spectacular. 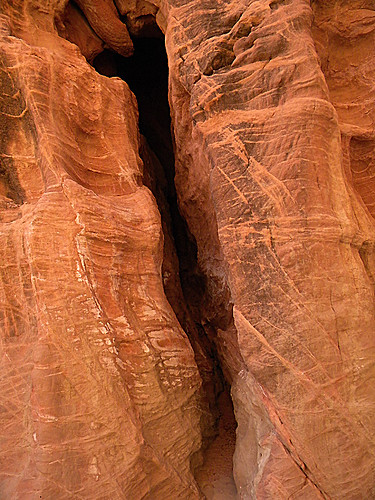 The red rock formations, dried mud and tumbleweed were all a source of inspiration – some day I’m going to paint all these places. 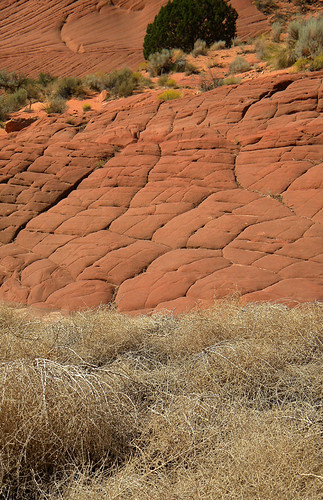 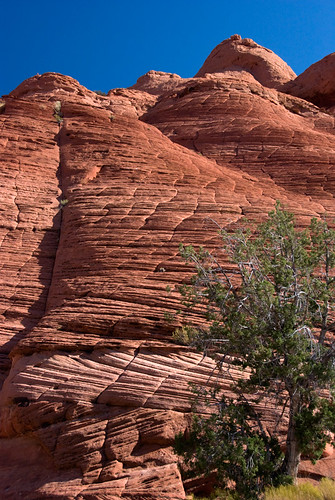 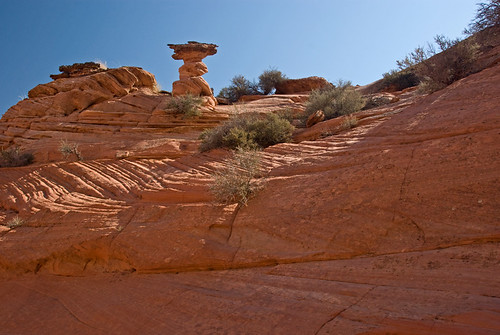 Fortunately for us, a ‘cold’ front had just raced through the area causing the temperature to drop to the low 80s. Drop, that is, from 115°F the week before – us wimpy Canadians wouldn’t have been hiking in that heat. Even so, by mid-afternoon it was so hot it had us searching for slivers of shade to hide in. Hmmm, should have brought along a hat, a big-brimmed one. 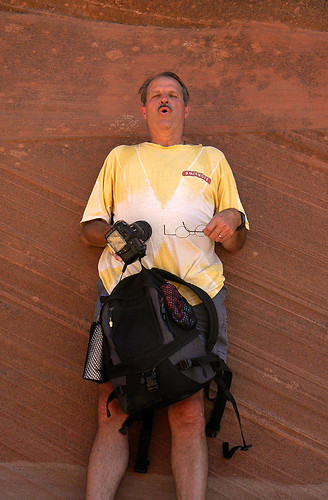 We weren’t even sure we were on the right hike. We met another man, also confused, running around with a GPS that had unfortunately had dead batteries. This was in 2009, before everyone had Google maps, and it struck us as a bloody marvellous idea, as long as one thought to bring along extra batteries. Rather than head off in another direction we gave up and followed the wash back to the car.

September 27. We went from our amazing campsite at Goosenecks State Park in Utah down to Arizona driving through the Valley of the Gods and then Monument Valley, before spending the night in a second-rate motel in Page, Arizona.

September 28. First off was the exhilarating lottery that gave us access to ‘The Wave’, followed by a hike to Buckskin Gulch. After that we popped down to the North Rim of the Grand Canyon in Arizona for sunset. We were exhausted but it was worth it.