The ‘Wave’ is such a popular hiking destination that only 10 permits are given out per day online, and another 10 in a lottery at the Paria Ranger Station near Kanab, Utah.

The permits come with a detailed map, several pages of directions showing any distinctive landmarks, and a brochure entitled ‘Don’t Die Out There’ with tips for surviving the desert heat.

As advised, we started off early to avoid the heat of the day. The road into Coyote Buttes was pretty wicked for a non-4-wheel-drive car, and whenever other vehicles passed us we were inhaling dust. 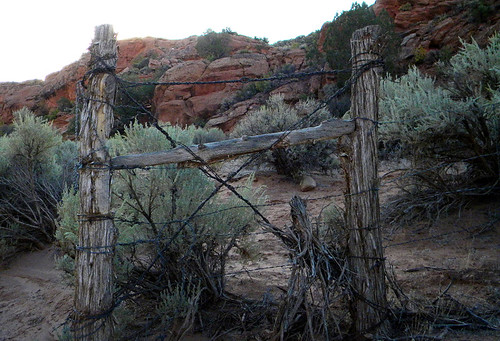 Coyote Buttes topographical map showing the route into ‘The Wave’.

Coyote Buttes trail sign to ‘The Wave’. In the same vicinity we also found a sign pointing to the Trailhead for the Buckskin Gulch hike, which means that the hike we did the day before was not the Buckskin Gulch trail. It was near here that we met a man who told us that the water had been chest high in places when he had hiked through Buckskin Gulch with his brother only a few days earlier.

Early into the hike the landforms started to get interesting. Here I wrote, ‘I think I took the same picture 3x’ along with a quote from a fellow hiker, “So beautiful you don’t know what to say.” 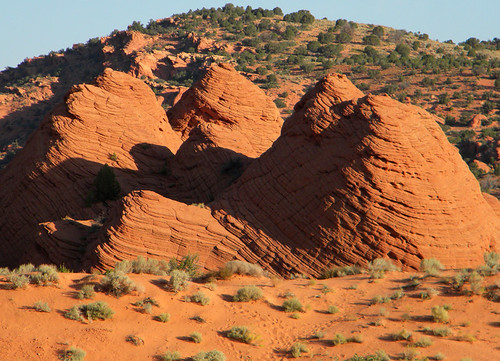 ‘The Wave’ is striped sandstone surf near the Utah/Arizona Borderlands of the States. 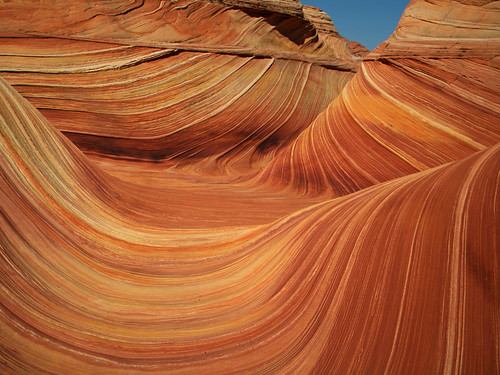 My turn, “So beautiful you don’t know what to say.” 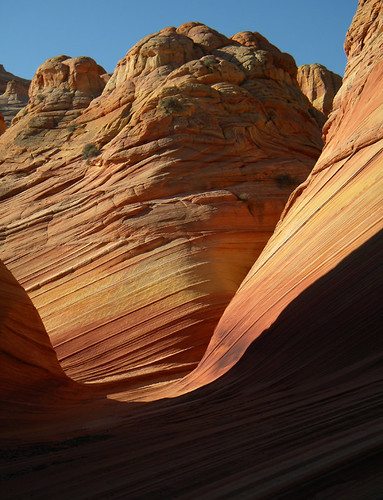 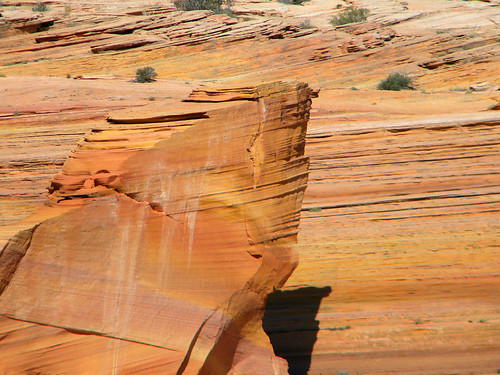 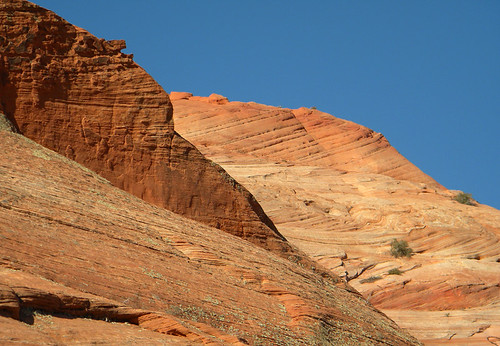 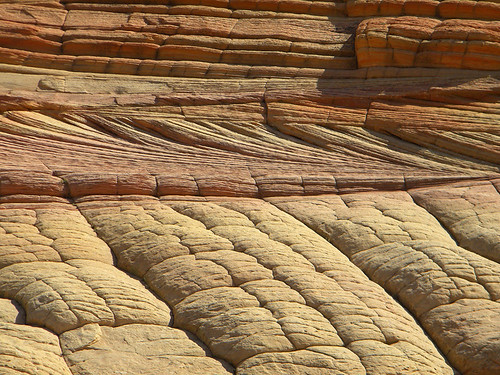 This is only a fraction of the photos taken during this hike. Here’s another post which focuses only on the striped sandstone formations of ‘The Wave’.

The brochure ‘Don’t Die Out There’ was much needed! Even though the hike is only about three and a half miles in, and not that bad first thing in the morning, the walk back out in the heat of the day (about two in the afternoon) was exhausting.

So lessons learned about hiking in extreme heat are:

My legs and my feet cramped up from salt cramps when I finally made it to the car and tried to get my boots off. We had a small amount of extra water in the car which we inhaled.

Fortunately they see a lot of wiped-out hikers at the Lake Powell restaurant, and brought us two large glasses of ice water each the minute we walked in! I took my water with lime and salt as if it were a shot of tequila and the cramps eased off right away!

7 responses to “‘Don’t Die Out There’, Surviving a Hike into the Wave”