From the Red Fort we headed into the wild and chaotic market at Chowdry Street.

Jet-lag had made us suddenly ravenous but there didn’t seem to be anywhere to eat. 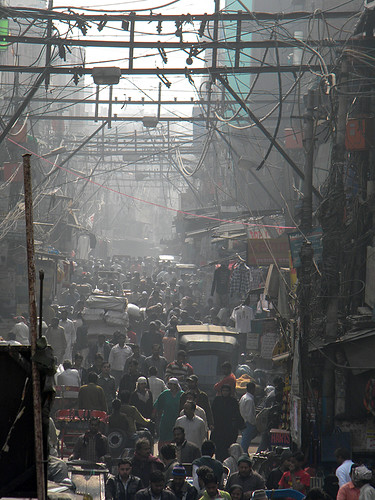 Looming just above us was the largest mosque in Delhi, the Jama Masjid. But when we got there we discovered that it was just about to close for noon prayers.

With a 200 R admission we decided to try a bit harder to find a retreat within the market. Although I wasn’t at all sure I wanted to go down those stairs into the fray again. 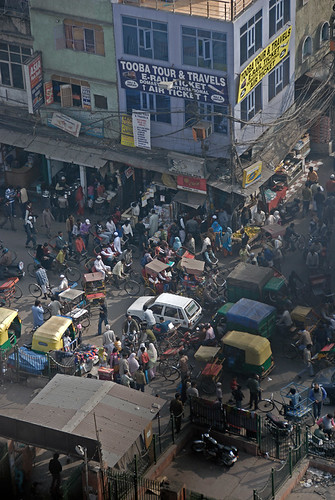 We sat on the stairs for awhile and looked down on pandemonium in the streets, me wishing that I could ‘magic’ myself away home for an hour or two, have a cup of herbal tea to calm my frazzleness and then magic back.

Back to the reality of India. The melee was every bit as frantic as it looked. I kept getting caught in a triangle of tuk-tuks and bikes with no way out. Al managed to whisk me out of there into a restaurant he’d spotted, the Peacock Throne.

Delhi is a ‘dry’ city so beer was not on the menu. Al ordered a Pepsi and me a coffee. We both decided to try the naan options, Al a garlic one, and me one that was a ‘little sweet’ with coconut and dried fruit. In Vancouver the Naan is usually baked; in comparison these were very oily, although tasty.

Fortified and de-stressed, we headed back to the Mosque. 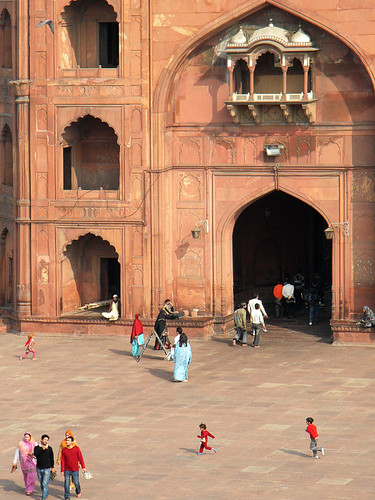 Despite being completely covered up I was required to wear this robe in order to climb the minaret. According to Al, wearing it on top of my backpack made me look like a clown.

For some strange reason I wasn’t required to cover my hair. 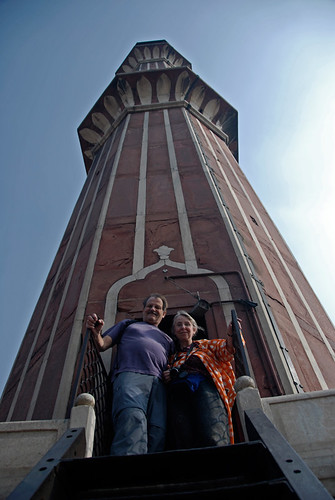 Looking down from the minaret over the inner courtyard square of the largest mosque in Delhi, . 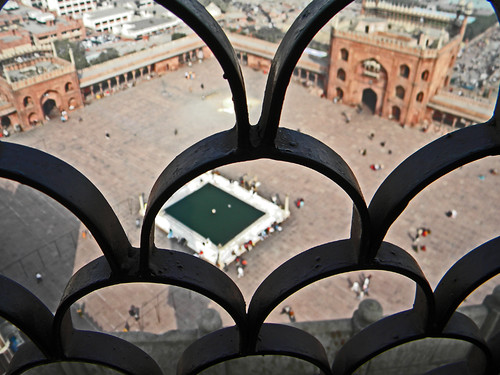 Back down on earth we explored a bit and saw this exquisite chandelier. 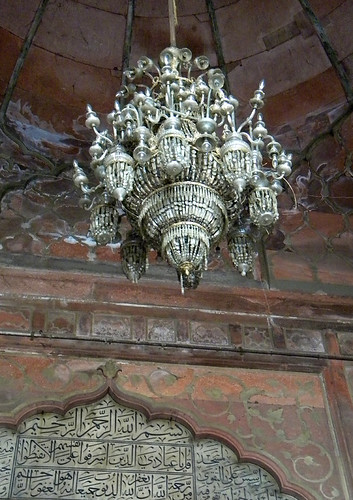 Man sitting on the steps. 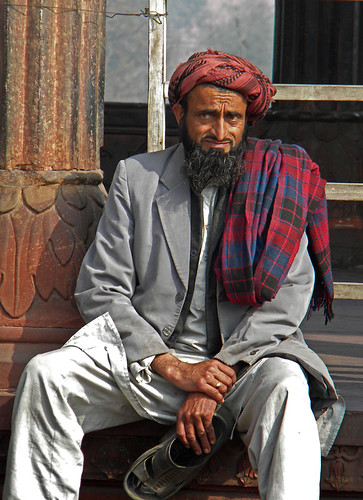 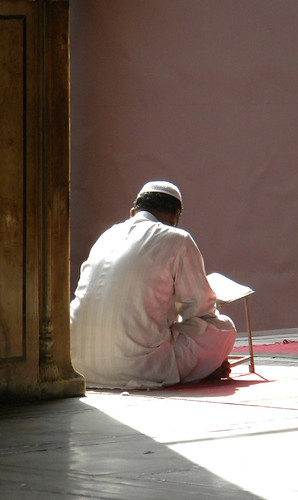 We weren’t allowed into the mosque proper –  this was as far as we got but still magical and powerful. 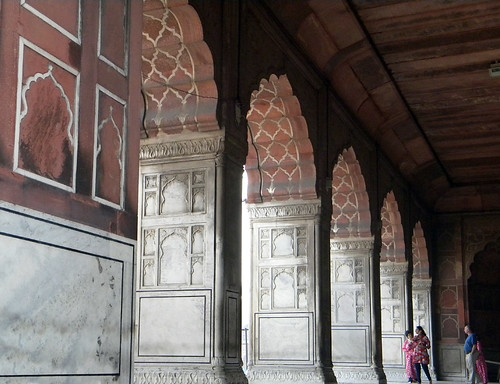