I didn’t get any decent photos of this pink at the Barragán house or at a display of Chucho’s work at the Palacio de Bellas Artes. But I do have lots of examples of Rosa mexicana, such as this pink wall in Talpa. 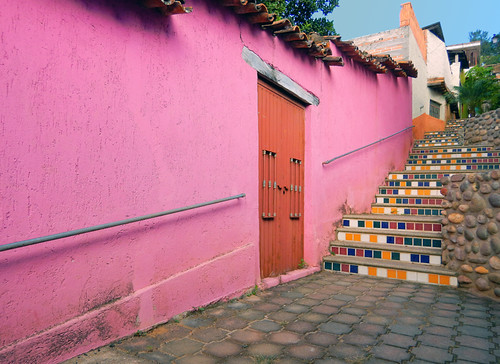 Sweet tamales / tamales dulces: inside the corn husk, a gooey mixture of masa (corn dough), butter, sugar, a toothpick of the pink food colouring known as ‘Rosa mexicana’, cinnamon-infused water, baking powder and raisins. (How we made these yummy things.) 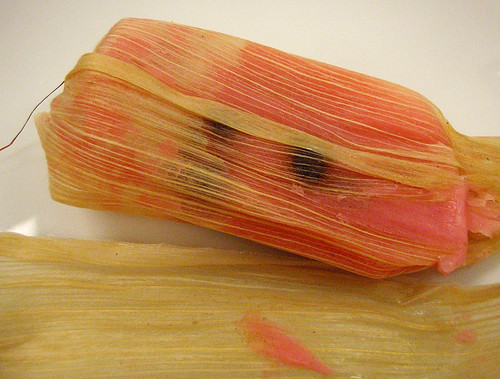 On a Monday walk we met Desire (Deh-SEER-eh) with her Xolo dog called Yolo. The 3500-year-old Xoloitzcuintli is a pre-Colombian breed from Meso-America, and is often, but not always, hairless. He had such a cute little face on him and Desire was wearing the appropriate Mexican pink so they get included here. 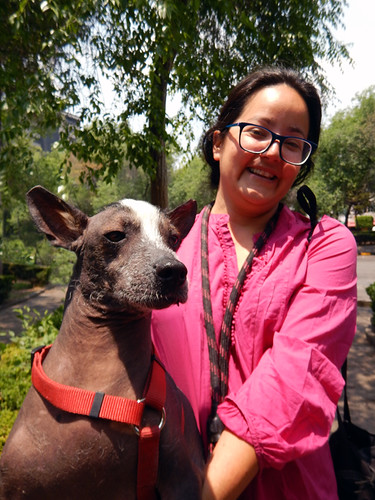 Red chairs & a pink table at a Festival in honour of their patron saint in Bucerias, Mexico. 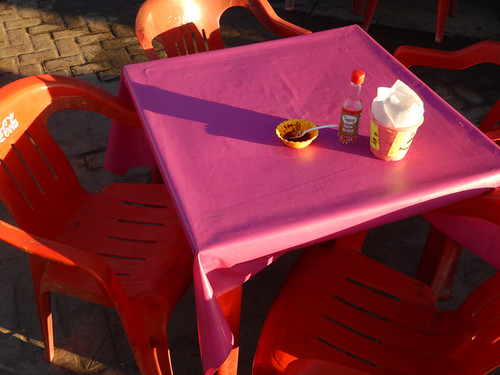 Mexico City is trying to re-brand itself as MXCD (as opposed to el D.F.). This bike rack was part of this effort. 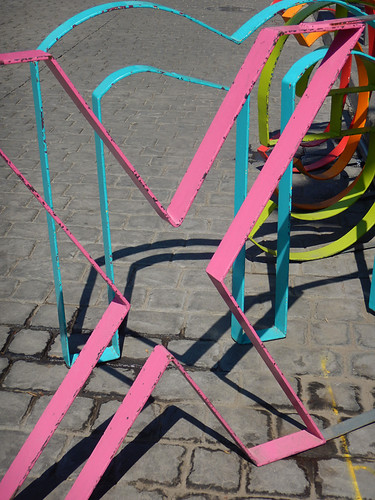 But my favourite images were of the protest graffiti on the old stone posts that line the sidewalks of the city. As part of the ‘Me Too’ movement women protested with pink lettering. “YO DECIDO / I DECIDE” 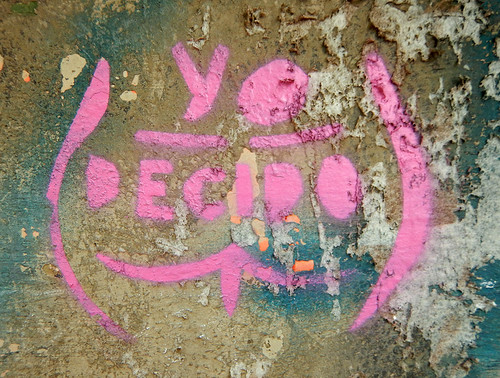 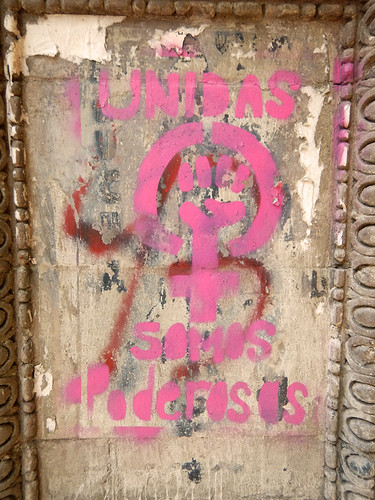 “My life has value, my body does not have a price / Mi vida tiene valour, mi cuerpo no tiene precio”. 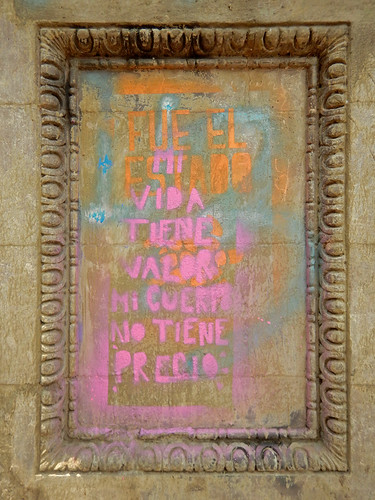