Malham Walk in the Yorkshire Dales. 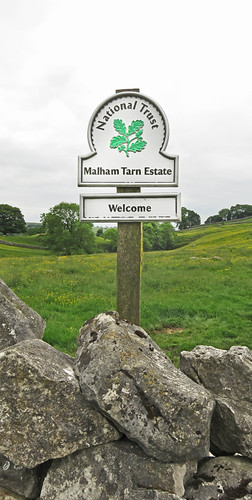 From the information centre we were sent off on a one mile walk to Janet’s Foss Falls, wandering through a pastoral countryside filled with fields, buttercups, sheep and old stone barns. 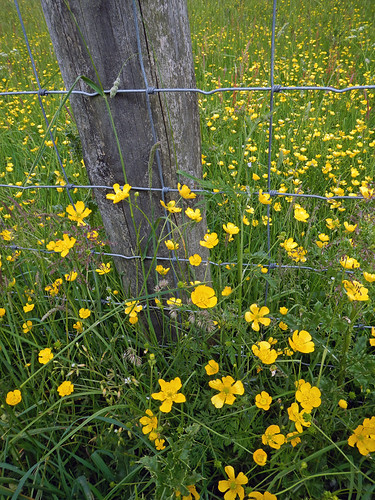 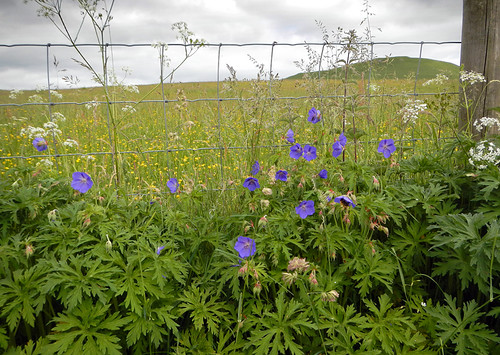 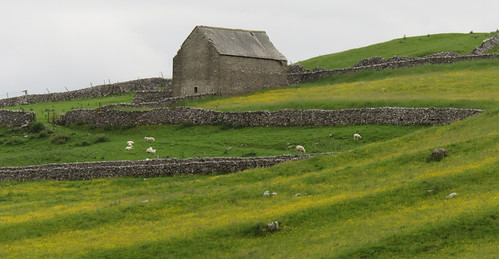 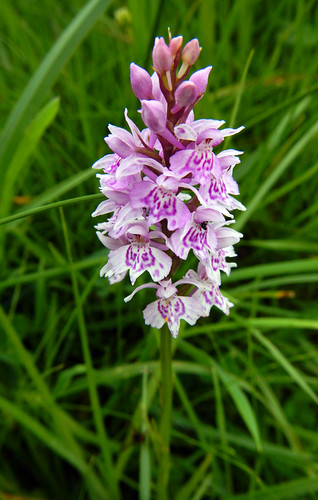 Wild garlic added a distinct aroma on our Malham walk. We had a bite of a stem – it was a garlic that burns! 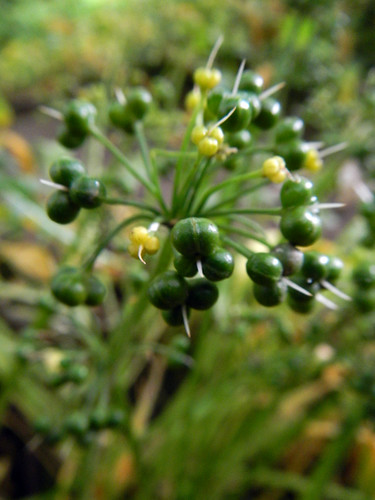 Janet’s Foss waterfall (and playing with motion blur on my Canon point and shoot). 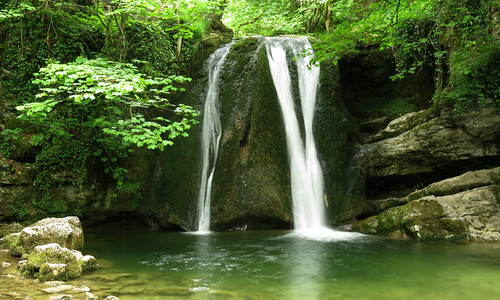 Every fallen tree in the vicinity of the falls had coins embedded in it. 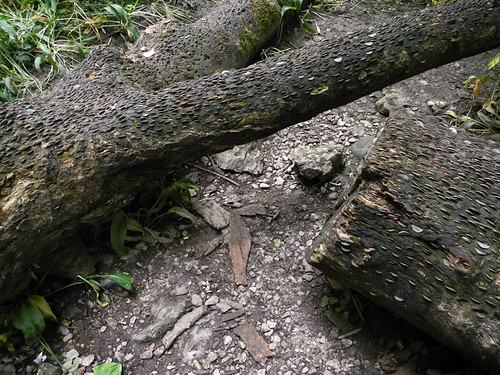 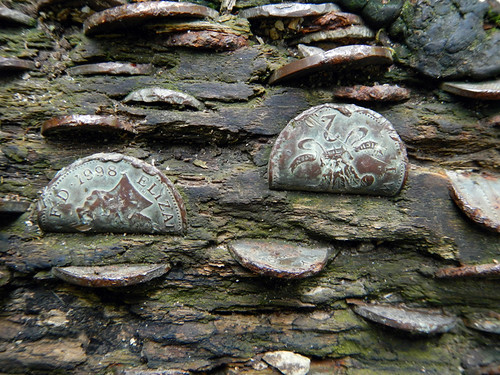 At the information centre we had been warned not to climb up beside the waterfall but there didn’t seem to be any other way out other than to backtrack and Al felt it wasn’t as bad as it looked, saying, “this wasn’t the waterfall she was warning us about…”

The view from on top of the waterfall. 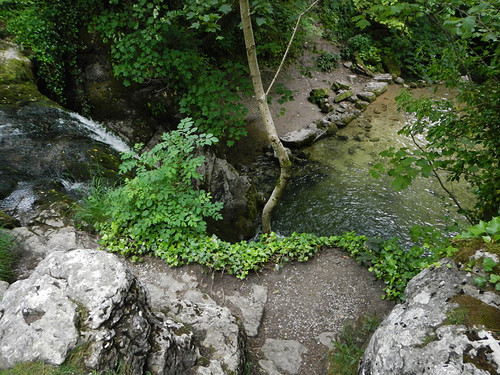 From there we found a sign leading us to the Gordale Scar. 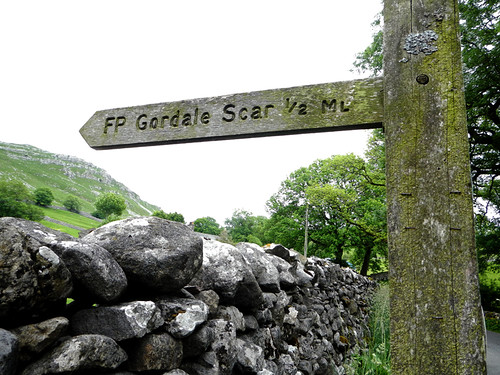 A buttercup-filled field leading to the cliffs. 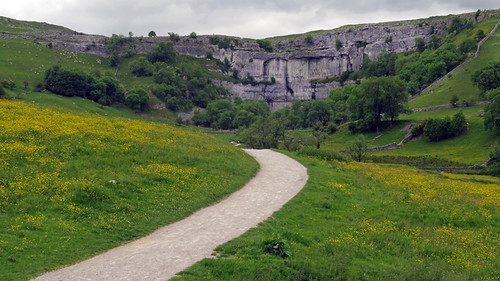 There are apparently Peregrine falcons nesting in these cliffs but I couldn’t see any. 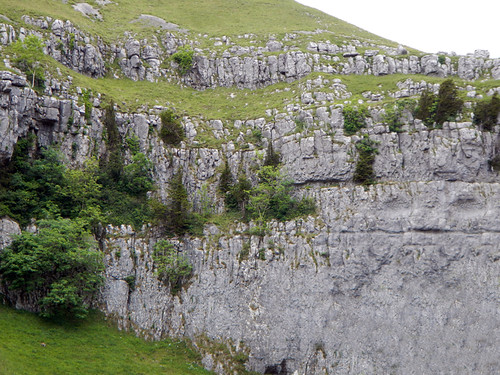 The two waterfalls at the Gordale Scar. These were the waterfalls we were warned not to climb but a bunch of people did and one had a rather bad fall. This group is watching as she was being helped back to flatter land. 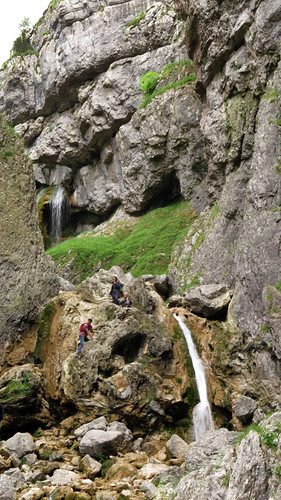 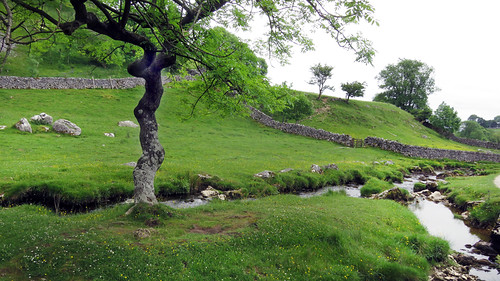 …that led to a section that I called the ‘puzzle rocks’. 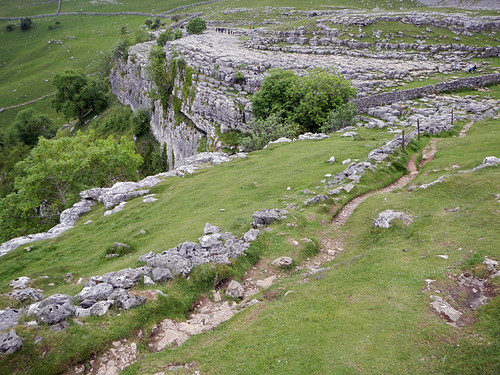 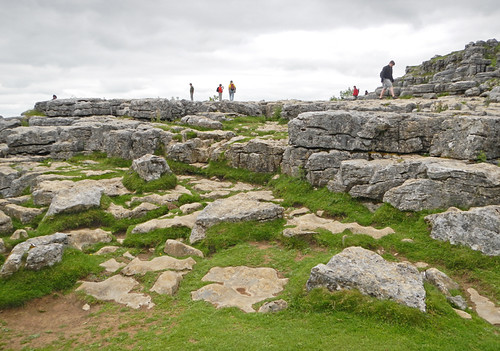 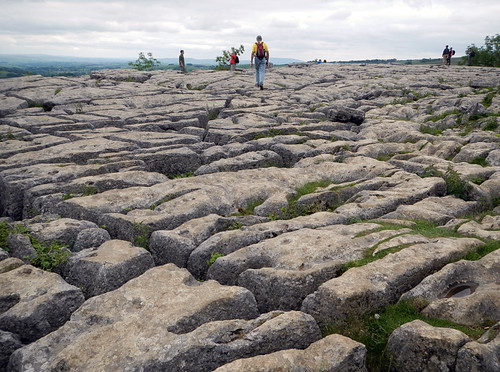 These were a lot trickier to walk on than they looked, uneven ground with tons of fairly deep gaps just waiting to twist an unwary ankle! 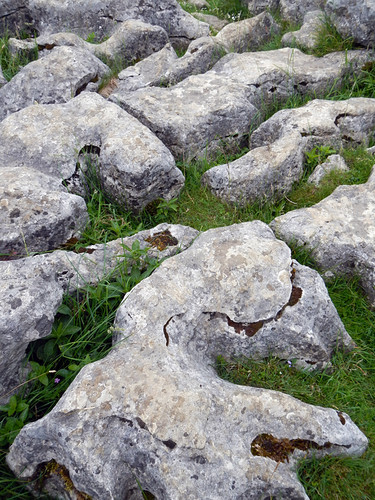 There were accidental miniature gardens within the gaps. 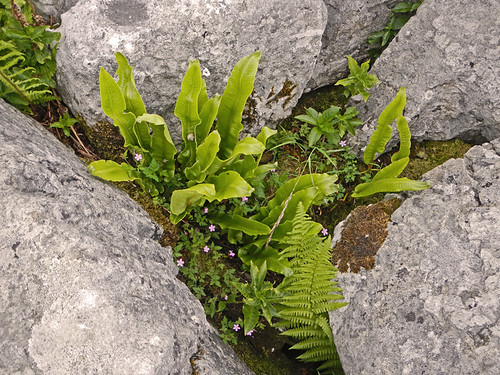 There were a LOT of stairs leading down from the puzzle rocks, 260 of them. 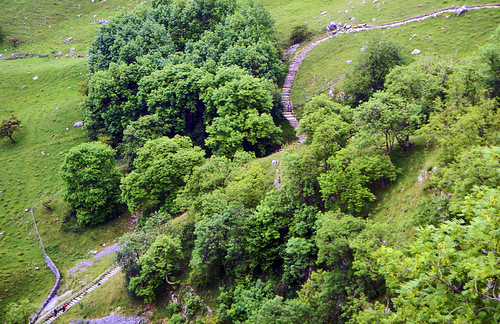 Fortunately we were going down, not up. 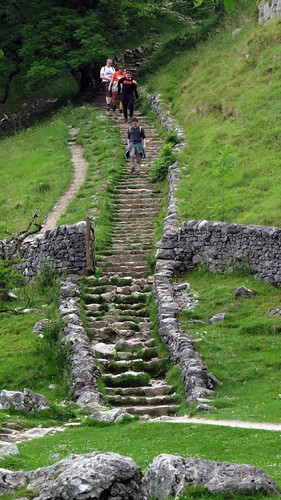 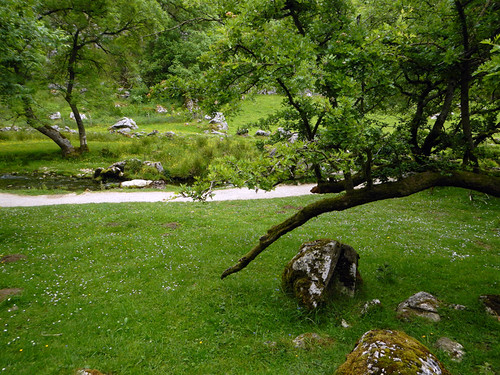 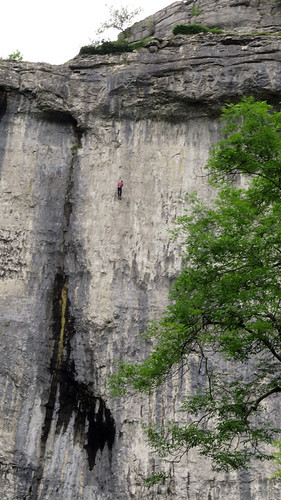 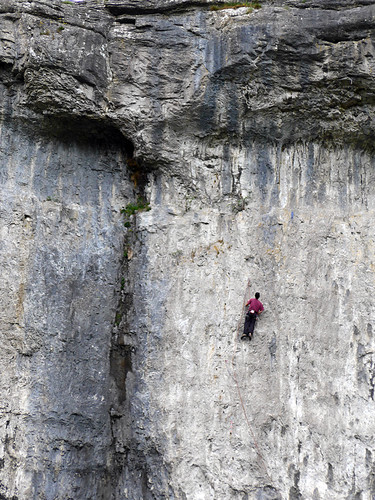 Our Malham walk in the Yorkshire Dales ended appropriately in this old stone pub where we shared a table with two Scots. 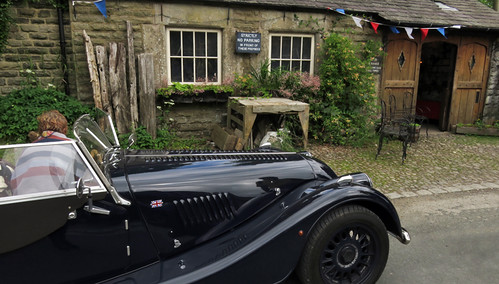 They told us of a  popular ITV series hosted by Julia Bradbury called Best Walks, which had unfortunately caused the Malham walk to be a tad too popular for them. They also mentioned Alfred Wainwright, who did a ton of walks which he wrote about and illustrated in the 50s and 60s.

Several of you have asked about why are the coins embedded in the trees. I hadn’t a clue but found this article which describes the practice of hammering coins into fallen trees as ‘wishing trees’, similar to a wishing well. This apparently dates way back to the 1700s in the UK. https://www.dailymail.co.uk/news/article-2036581/Mystery-wishing-trees-studded-coins-illness-away-sick.html

16 responses to “Malham Walk in the Yorkshire Dales”