Worship in the East.

The profoundly Buddhist people of Myanmar has worshippers making a circumnavigation of the Golden Shwedagon Pagoda in Yangon. 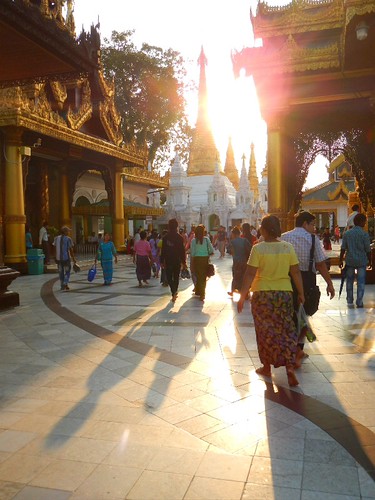 Golden deities in a Chinese temple in Singapore. 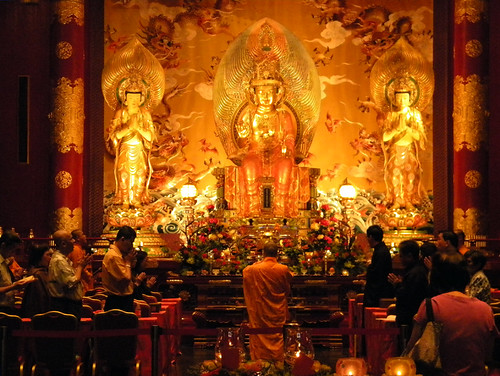 At a Hindu temple in Little India in Singapore.

Worship in a temple in Penang , Malaysia. 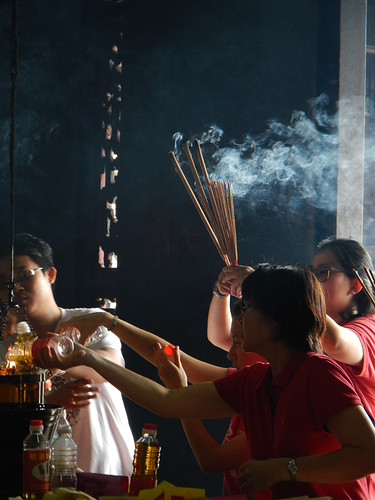 A fruit blessing in Bali.

Worshipping a deity in Udaipur, India. 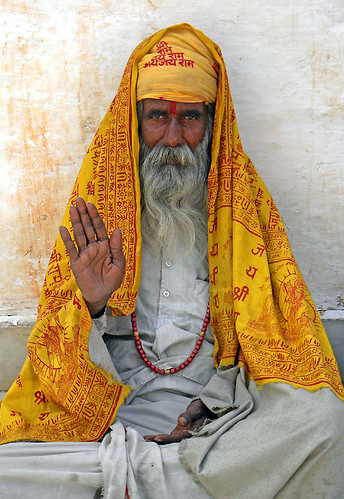 Many of the Jains wear masks over their faces so that they won’t accidentally inhale and cause the death of an insect. (Jain Temple at Ranakpur.) 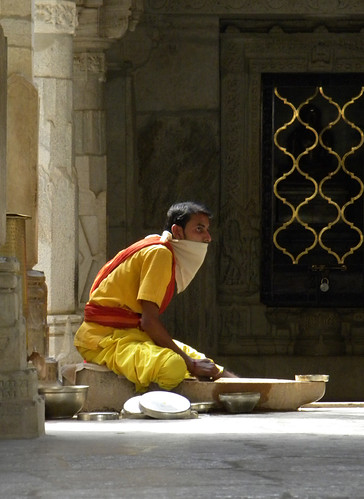 A man praying in a doorway at Fatehpur Sikri, a mosque just outside of Agra, India.

A mosque in Fez, Morocco. 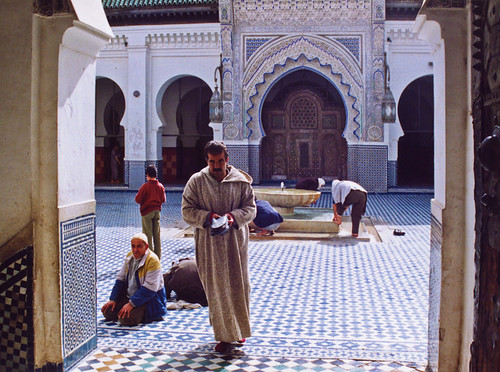 At Christmas, the members of the congregation of the French Catholic Church in Hanoi are painting Joseph for the Nativity scene (Vietnam). 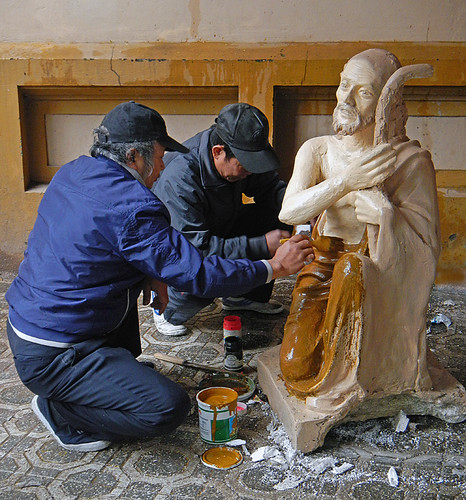 A Eucalyptus tree and Buddhist monks in Lao. 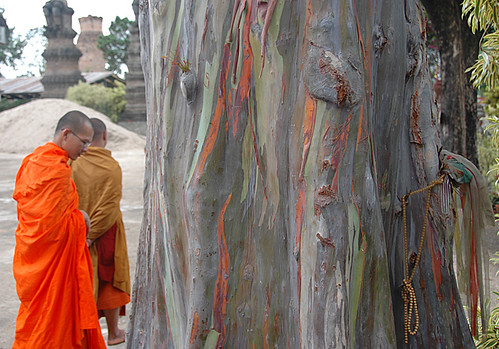 A broken Buddha meditates amongst the leg irons in the Genocide Museum, formerly the S-21 Prison, in Phnom Penh, Cambodia. 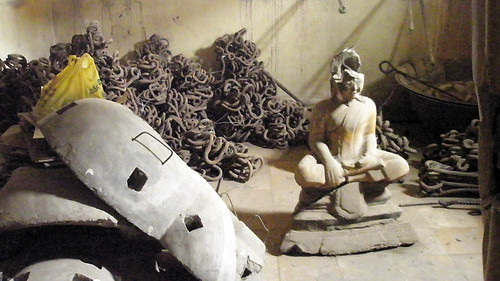 3 responses to “Worship in the East”